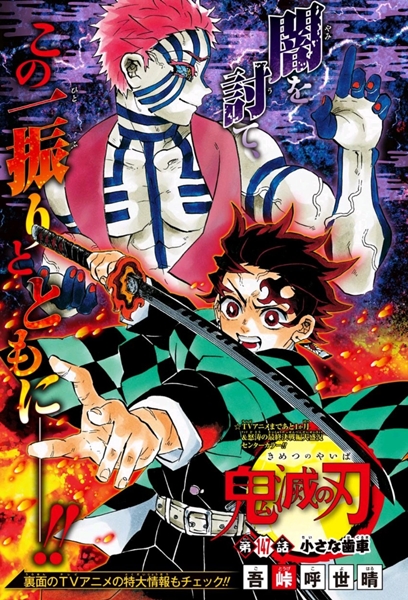 Show Tanjiro and Giyu Tomioka are running towards the place. Muzan then, suddenly they are intercepted by the demon of the third moon, namely Akaza, and he tells Tanjiro it's been a while. I'm surprised, you're still alive, Tanjiro and Akaza's meeting really made their and hot atmosphere

They both expressed anger that they kept the battle going until Tanjiro manages to cut one of the thank children's punishment for a moment. Tanjiro is off. Guard Akaza immediately threw his punch. Lucky Tanjiro succeeded dodged with his fire, god breath. Giyu Tomioka was surprised to see Tanjiro's very rapid development in the fight will broom.

It occurred to him that Tanjiro was not around for long and he started fighting seriously. Giyu Tomioka tries to attack Akaza with his third water-breathing skill and skill. The 11th Akaza also said there were 5 pillars of water or how long? The last time I saw said this strong water made Akaza admit that so Giyu is the strongest pillar of water in the middle of Giyu's fight Akaza. Suddenly Kanjiro came with a second water breath style and succeeded, landed the Katana on Akaza's body.

Then Akaza kicked the shark straight away repeatedly, then sentenced to be thrown away. Hai Akaza immediately approached Tanjiro and attacked him with the same move. Tanjiro counterattacked with the sun-breathing stance, incendiary Hai Tanjiro attack has no effect towards Akaza without thinking Akaza directly attacks Tanjiro with Some very strong punches again Tanjiro manages to counter it with the breathing god of fire dances, the fog of fire, but Akaza manages to catch Tanjiro. Pajero'S katana didn't give up. He immediately hit Akaza's head with his stubborn head and finally, the katana came off and immediately cut back Akaza's hand. 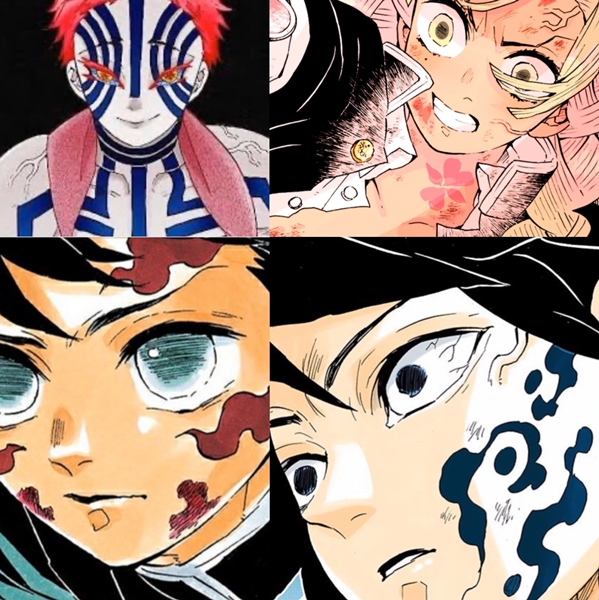 Suddenly so Tomioka came and says I am now mad good job already threw me very far devil the third top month. Without thinking the shark immediately attacked Akaza In the middle of the battle, Akaza Tanjiro Giyu learns and activates invisibility. Then he tried to dodge Akaza's attack could have claimed his life, but he succeeded in avoiding the crushing attack when it was real already attached to his body. This makes Tanjiro rule the world through His sight, and movements were faster than before this fight made. Giyu Tomioka really took out all his signature moves, and he too was running low on energy and unable to keep up with Akaza's attacks.

He was hit by Akaza hit, but suddenly Akaza's hand was cut off as a result of the superfast attack of Tanjiro, and Q was saved, who made What you are confused about is that he can neither read nor feel the attacks Tanjiro. Suddenly the mark on Tanjiro's forehead starts to widen, as well as his hair and eyes turning red. This makes Tanjiro master the breath of the sun, and The sky was fixated on the changes Tanjiro Akaza said to himself every cell. In my cheek hair says, I have to kill quickly this person now Hai Akaza immediately activated the mode spread the moves. He immediately attacked Dieu Tomioka and succeeded, injuring him as usual before killing his opponent, pure offerings, Giyu Tomioka to become a devil. 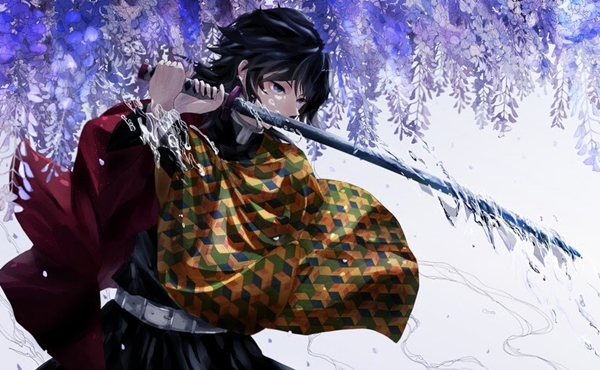 Besides that, Akaza didn't notice that Tanjiro is near him. Tanjiro then calls out Akaza's name in a loud tone and immediately cuts off his head with the god's dance move. Sunset, Akaza's head was cut off and he tried to reattached his head but was thwarted by Giyu Tomioka. Akaza's head started to disappear, but he still could be activated his stance. Then he manages to kick the Tanjiro up to Tanjiro thrown to the side of the wall, Hakadza trying to come to Tanjiro and trying to kill him, but is thwarted by Tomioka's. You Tamia Lime said that if you want to kill the Tanjiro step over the corpse first Tanjiro wakes up and says his regenerated head is really a devil which troublesome Tanjiro got up, trying to attack Akaza.

But unfortunately, his katana fell off as if he was no longer able to hold the katana still Tanjiro can't stop him from attacking Akaza with a body punch. Hakadza was destroyed because of his own attack of the destroying technique that was activated previous Hi and finally, this fierce fight, Giyu Tomioka thermal circumstances, Tanjiro won over and they did slaying the demon moon over the three Akaza.