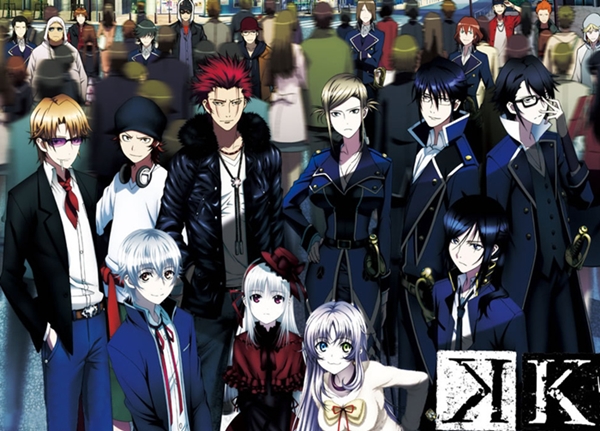 I was going to be watching that manga Known as k project - and I have a Netflix account, so I finally was able to watch k project. So I just decided that I wanted to do an anime review on k project. So now K project is really great. Anime has one of the best Cinemax I've ever seen in anime and has a really nice color to it.

It'S also one of the best-looking animes I've ever seen. Hence the animators made it in 2012. So I finally watch it it's a kind of short animate, just like most of the anime that are out there. It'S only 13 episodes long, but I really like the anime I first when I was watching it had a really slow pace to it. So I kind of am kidding.

I thought it was kind of boring, but I kept on watching the anime, so I kind of started to fall in love with it and 80 ninja storm HD recommended the anime to it to me so yeah. I think I already said that, but yeah anyways k project was a really great animate. It hints at the name. K project was ki, think standing for a king project, which was the people were trying to find out who the actual Silver King is, which Oyler alerts were. She wrote the guy that is the main character in the actual anime who you meet at the beginning of the anime itself.

So the anime, like I said, had really great visuals and very great action scenes and I really like a storyline as to how there were kings and stuff like that there were seven kings to be exact. Um, we've only seen, I think. Maybe four we've seen the Civic in the goal. Came the blue King and the Red King, which is Makoto, hints at the dude who died at the end of episode 13. He was impaled through the chest: um, yes, but it's a really great anime, and I recommend this to anybody who likes very cinematic animes that have really great visuals and are pretty much looking for action on.

Fortunately, this isn't a romance, so you won't be finding any romance here. So sorry, if you're in that romance stuff, you're not going to like this anime at all but um as far as that goes like I said if you're in the action type of anime. Like me on you really like this anime it has, it has a kind of different feel to it, though, because I haven't seen any other anime that has a very similar feel to this anime. This anime has its own set of actions or emotions or whatever, and whoever created this animated self. I forgot the name of a guy's, my bad, but I will be having information down below in the description.

Well, whoever created this anime arm or the pretty much editors of his animated, a great job with the editing of this animated self. I know quite a little bit about editing, so I can kind of tell there was a lot of time put into it, not trying to break anything. But, like I said guys, this is a really great anime that had some very great visuals, and I really liked the characters in these and in the anime, such as the blue King, on the Red King Mikoto Shiro, who is known as a dub Iseman on a KA. The Silver King first came to the gold King, who was his lieutenant um. It just has a really great storyline to it guys um. 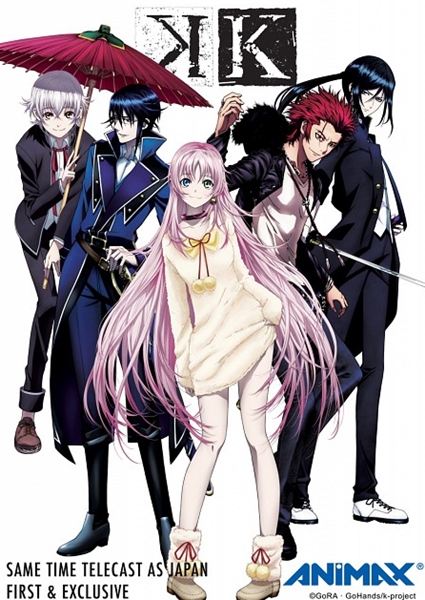 It has kind of like a little twisted individual well, it was just a really great anime and I hate the fact that it was a really short um, but yeah. This is going to be like a. This is going to be like, oh my god, it's good like a new series. I do it's like five-minute anime reviews um, so I'm gonna try through the video as much as I can it at five minutes but like I said it was a really great anime guys. Oh, I like the abilities that the characters had actually um.

As far as reviews I have to get on some negative stuff in the anime as well on some of the characters in anime, I felt were kind of incomplete and they kind of didn't explain enough about them and also in the anime. There was a guy named Fushimi and he actually used to be with the Red King Mikoto, but he betrayed them. He went to the blue side and uh pretty much in this anime. The antagonist was the colorless King, who basically was able to jump bodies and jump bodies and impersonate people pretty much, which is how Shiro became a targeted person in the animated self. So my thing I really didn't like what the anime on was the pace.

Kind of slowed down his head other than that um it was. It was a really great anime, so I'll give it a nine out of a tin on, but, like I said, with Fushimi, I didn't really understand how he had the power of red and blue, but he wasn't as strong of a character as he should have been On because the colorless King kept on talking about how he wants to take over more than one king, so I just thought it was kind of weird how Fushimi actually had both powers like the red and blue. But he didn't really see him as powerful, as he really should have been. I guess there's just a kind of way to make him a cool character. By the same way he had to be kind of a Cylon character, but anyways guys.