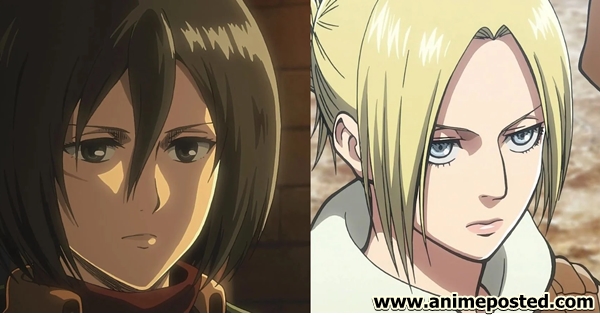 Hello, how are you guys, hopefully, it's still an okay opportunity? This time, I will make a comparison. Analysis of the battle was postponed in the anime Shingeki No Kyojin Season 2. To be precise, The 7th episode about Annie and Mikasa's fight - and here was postponed on prey that is in chapter 44.

Keep in mind that here I will only discuss Annie in her human form, not in her Titan Shifter form, and many fans who thought that Mikasa became strong because there was water beside him. So let's just say that the two of them are fighting at their best. Okay, continue in the anime shown water and his friend's relationship Who will win in the one-on-one fight between Annie and Mikasa. Well, in this case, we need an analysis of physical strength and in the fight. 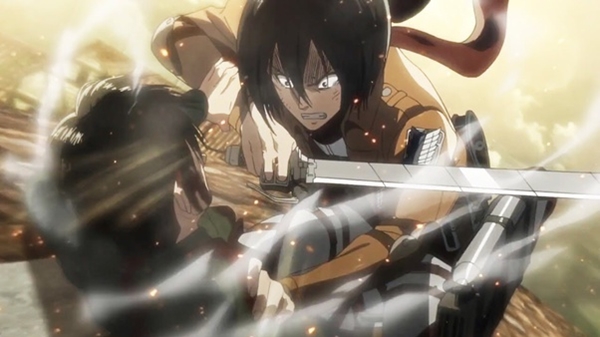 Do you still remember Mikasa's, past legally in the kidnapping hut when he stabbed the kidnapper based on police investigation? One Mikasa's knife stab that was pointing behind her back, went straight through its heart means. It is a thrust that is very strong, exceed the strength of an adult man, even though Mikasa was still a child at that time means it can be concluded that Mikasa's physical strength is far above me. So, in terms of physical strength, marriage is one of the winners.

Mikasa is indeed great, but in my opinion alone, this might be a bit more powerful than Mikasa, because she's almost mastered all the testing techniques and fighting techniques, which were very formidable thanks to his hard training with his father. Even though Mikasa has the ability, fighting and speed were incredible, however, it couldn't be compared to Annie's. Fighting technique in terms of fighting techniques is the winner, but here it doesn't mean that Mikasa's fighting technique is weak in technique. Mikasa'S fight is very, very strong because I also know the Ackerman Clan will gain battle experience from the previous ancestors, but if compared to strange, this possibility was slightly superior to Mikasa. 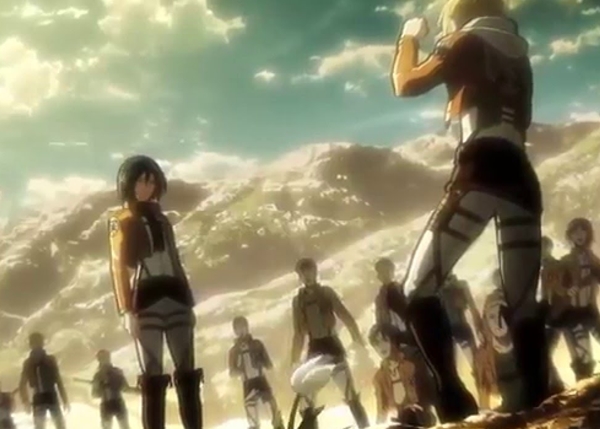 For this fighting technique itself, Hajime Isayama is inspired by art. Martial arts, Thailand, namely Muay Thai hi, hi Hai endurance, Hai Annie, once told Eren that his body is weak. Here I mean to be humble or what I also don't know. What is certain here? He says that his body is weak, while that is not known because Karman's immunity did not make all sense.

You still remember when Mikasa's body was almost found by an abnormal Titan when he wanted to save Eren. It only took his body. A few days have started to recover. Even Armin just said that Mikasa could not be moving at that time. So, in terms of marital immunity, is one of the winners Hi in terms of physical potential, fighting techniques, and endurance are obtained two to one from here.

It can be concluded if Annie and Mikasa are right. There will be a possibility that Mika will come out as the winner if we discussed the theory this time. I will discuss it in fact, from Hajime Isayama directly on the fourth series guide. Book is a good book, content, character, and click. the encyclopedia says like this: if the 104th generation training crops held a wrestling match or clashed 101, then it can be ascertained if one will come out as the winner from here.

It is clear yes, Force 104 is the generation Eren generation, including strange and Mikasa, So it can be concluded that Annie and Mikasa are fighting one-on-one, then the wrong myth that will be the winner is okay.