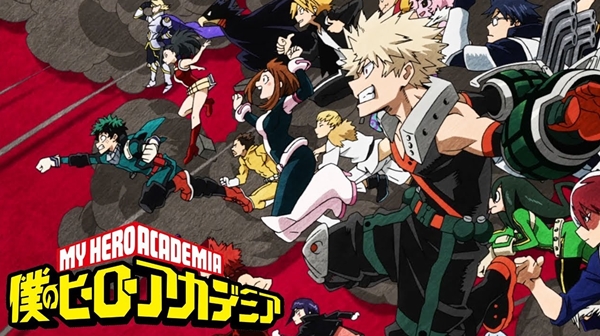 Based on the way these programs are made into animations and comics, Which has a specific part It is reviewing the plot of the past time and time again, and there is no big change. Over time, we can learn more about these characters, But in fact, we rarely see the growth of these characters or reincarnation. But "My Hero Academia" proved to me that outstanding young fans can still be made. Although there are controversies.

At the same time, it is still as interesting as other stories with endings. Ladies and gentlemen and others, I am Arkada, welcome to Glass Reflection. Today, let's take a look at the second season animation produced by Bones: "My Hero Academia" Let's start At first I thought this superhero set was just another cliché. The only thing that makes people interesting is the characters.

What makes a hero?

Like many other people, I am also tired of being aesthetically tired of stories like superheroes. In order to keep the plot attractive, it must continue to move forward. But under such established rules, The animation is actually shown to the public as a "sports festival", And what we have gained is more episodes- Added more color on the basis of Deku alone. "My Hero Academia" has been trying to answer "what makes a hero", In the first season, we can see that Deku wants to be such an answer- Become more of a spiritual hero than an established "personality". And now this animation is taking time to reintroduce these characters- Try to answer the same question from different angles.

Not only that, but we were also told directly "Heroes" in this world can be used as professions, And it has become an industry driven by markets and reports. However, this also introduces the hero killer chapter, Emphasizes how this society deviates from the traditional definition of "hero", And there is no longer someone who fights for ideals recklessly.

In fact, Xiongying's school motto "unremitting and enterprising" maybe more hypocritical in this society. So there was a "Stein" guy who saw that today’s heroes are fakes, I hope to go back to the old times and do not hesitate to use all necessary means. In the second season, I can say more confidently "My Hero Academia" is not a copy of films such as "Superman World".

It is more organically combining different stories. Some people will feel the random (or even unnatural) and excitement of superhero movies. Such as McGuire's Spider-Man movie, and more recent Marvel works. Although Spider-Man was a huge inspiration for the original author of MHA, Kohei Horikoshi, And the biggest idea he borrowed from it seems to be People with superpowers will still be troubled by mortals, At the same time show his ability to help others and his inability to help himself. However, this is not all. 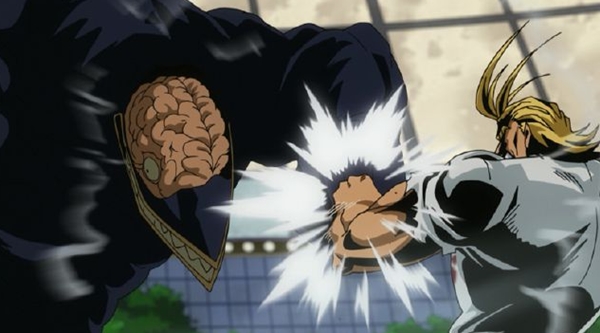 All Might become a target among heroes And accompanied by a musical theme song similar to John Williams. Inadvertently, the hero and the enemy create each other again and again... just like the classic "Batman".

Even the cynical and passionate "Birdman", A film depicting superheroes fighting each other culturally, can also reflect the heroic killer Stein. Stein hates using heroes as a stabilizer for society, And I believe that heroes should use superpowers in a more noble way than the current superficiality. "My Hero Academia" proves that the hero movie is not dead, Not just because it is a popular animation, What's more, the concept of "what makes a hero" in the animation is constantly changing.

This society takes Oermet as the mainstay, but now he is gradually losing his ability. In such a crisis, every hero has an equal opportunity to make himself a solution.

However, the system they serve sees their ideals as products. Superhero stories are full of optimism in the early works, Then a critical perspective was suddenly added to recent works, Makes people feel familiar and novel, Makes the work very attractive. I think one thing is what all my favorite animations do right: It shows.

They are indeed animated characters, But it gives them a certain connection and character. This makes them full of realism, Essentially these incredible things form a strong connection with our world.

And "My Hero Academia" is the first animation that gave me this feeling Some of my friends, I thought they didn't like this animation, but the fact is the opposite. What they like is not action or superheroes, But "My Hero Academia" did attract them. I think the more important thing is that there is no "status quo" in MHA. The work never allowed to become stale due to constant repetition and similarity.

If there is a story in it that is similar to some other, That will only show the superhero stories that have existed in the past, Not the work itself. In my opinion, the Bone Society has done a great job in the past few years. But even though some of their previous works are excellent works in the animations I have seen, They still have the habit of adapting unfinished works into animations with endings.

Most people disagree on this: One side thinks that we really got the ending, and most of the time it is not bad; The other side thinks that this so-called ending is not the "real ending", Even if the original author agreed to do so. So it depends on whether you care about such things.

We do not yet know whether they will also deal with MHA in this way. Now you can get more storylines from the comics, But they will, as always, catch up in the end, or cut them off early. Although it is worth the wait, if necessary, After all, the visual aspect of the work done by the Bone Society is quite amazing. The most exciting visual aspect of "My Hero Academia" is These characters seem to be taken directly from the comics and added with actions. In many cases, when such comics are adapted, The characters will be slightly modified to adapt to the animation carrier, depending on the requirements above.

But the character design and painting supervisor of "My Hero Academia" is Ma Yue Jiayan...

He was responsible for "Mushishi", "Cassin of Original Sin" and "Little Witch DoReMi". I don't know what medicine he took, But several times his design and the original illustrations are almost exactly the same.

It can also ensure that characters can move naturally without restriction. There is actually only one character, I don’t think it is like other characters Smoothly transferred to the animation, This is one of the enemies in the animation: Dead handle wooden hanger For this guy with a violent dress and a bad personality, It's color, dubbing, and even action It will only make people feel that there is something missing in him. In the comics, its thick hair and frayed skin are full of details, The denseness of its lines has been diluted by colors. Its Japanese voice actor is Uchiyama Aki, I like him very much for dubbing those ordinary boring characters, so as not to make me tired.

The English voice actor is Eric Vale, he wants to try a different one, Make the sound come from being caught in the throat by the hand, But even so, I don’t think it’s so good, Therefore, the gap between animation and comics allows him to have more expressive power in performances and dubbing.

However... this quarter also alleviated the biggest problem presented in the first quarter. That is the huge star camp.

There are 20 students in Class 1-A, plus a few teachers, which are involved in the first 13 episodes. So we only paid attention to Midori Valley Ikuhisa, Bakugo Katsuji, Oermat, And a small part of Tenya Iida. However, the tournament mode puts each individual under the spotlight, Allow characters of different backgrounds to tell their own stories.

Many times, we will spend a clip or a whole episode of time, Fully focus on the personal qualities of one or two of the characters, It can be personality, a moment of failure, a strong temperament, or a wonderful background story. We still can't see equal development in them, But according to what we have seen with our own eyes, the style revealed by the animation makes me confident to see that basically, every child is as fun as Deku!

Of course, they come from different backgrounds, But fighting to become a hero is the same for everyone. The animation really respects every character, Based on the optimism displayed in the bones and proper self-consciousness. People know that the big hero will save people one day because we all know.

And in this one is up to you to imagine. Deku is a character who never gives up and is committed to the future. Just like Edward Elric. He has scars that need to be with him for life, He also knew that without the help of others, he could do nothing.

The work is so remarkable that it is too numerous to enumerate, Such as knowledge, world structure, social structure, family value, Theme summary, deep metaphors, cross-cultural influence, and countless people of all colors.

All have been properly developed. When I evaluated the first season, I did not give a proper evaluation. Mainly because I don't like to rate animations based on unfinished stories.

And this time, even though there is no ending, I think it’s time to rate the animation. It's worth commenting anyway. As far as it is currently presented, My evaluation of "My Hero Academia" is "Certified Frosty". This is only an evaluation that is too important to be ignored and cannot be better. Since then, none of the people who have borrowed from "My Hero Academia" have been able to reach this height.