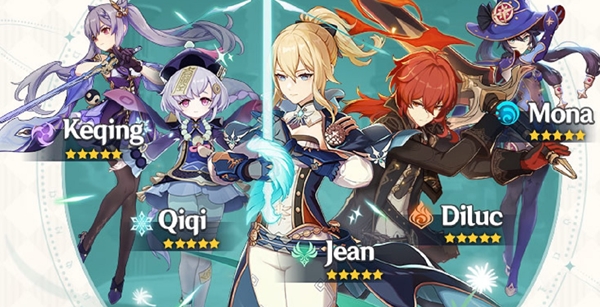 This is the insignia of the Lawrence family. This looks exactly the same, but it is a little bit different, hello, everyone, my name is an island and with the release of well, anything mihoyo tends to give us more questions than answers. So in this article, I'm super excited to share 5 things that I found very interesting about yula inside the game. This symbol shows up several times throughout our gameplay. The artifacts and the weapons describe a story behind the noble family that ultimately succumb due to their self-indulgence.

Even the weapon, essential materials talk about the rule of decorabian, mirroring the Lawrence family's downfall a thousand years ago. So what's the difference between this symbol and the one in euless idol animation, if we take a closer look, this has an accent at the top of the symbol. Now, with that in mind, if we dive into the story of eula, we learned that she is currently possessing the Lawrence's family's crust, also known as the glacial seal, a seal that symbolizes the highest figure of the Lawrence family, which passes down from one seal bearer to The next now, obviously, this is something yula created using her cryo powers. She even breaks it near the end of the animation to symbolize her goal of changing her family's corrupt ideology. The real lawrence family's crust is actually worn by eula on their shoulder the lauren's insignia, with an accent on top of the symbol from eula's voice line.

She tells us that her bone whistle is a leeway tradition. The intricacies of how to craft and use this whistle were most likely taught to her by amber's grandfather. This whistle has the capability of producing different types of sounds and EULA mimics. The sounds of the waves during her battles give her the nickname, spindrift, knight, or simply night of waves, now on a character, design perspective yula wants to change her family's corrupt ideology to stop the Lawrence family's vengeance. That seems to be frozen in time and becoming someone who is free and unbound just like the waves.

So why does Julia have a cryovision rather than a hydro vision? In a very simple sense, the cryovision is given by the gods to individuals who exhibit a sense of internal conflict, basically, characters who are stuck between a rock and a hard place. If we take a step back and look at the current roster who holds the cryovision, this concept of inner conflict and being in a weird situation becomes really apparent. Kaya is stuck between monstat and kanriya. Ganyu is conflicted with her identity between a human and an adeptia.

Diona wants to ruin the wine industry but to do so, her job entails doing something she hates being a bartender chichi, a character stuck between life and death, rosario working to protect mazda as a sister, but despises her position and the church duties. Chung yoon is constantly struggling with his physiology condition and, of course, EULA carrying the lawrence family's name and struggling to make amends in monstat on a simple character, design perspective, eula's cryovision might not make too much sense, but on the story's perspective of the game, we are given another hint that might explain the backstory of visions in the future of the game, having assumed that a character in an anime setting isn't something new nowadays because it's so common, it would almost be weird not to have one in an anime game. But in eula's case, this trait is something that has developed unintentionally overtime when yula first arrived to monsta due to the stigma around her lauren's name, she had to harden herself mentally, but in the beginning she had no sense of guidance or direction during her process Of becoming one of the knights of fabonias, she met a friend and a teacher amber and amber's grandfather. Essentially, amber's grandfather taught eula how to carry herself as an outsider and how to brush off hostile remarks. Yula would learn to simply warn them saying.

I will remember this as a defense mechanism, an instinctive reaction to ignore these remarks and to avoid unnecessary confrontations. Now the funny part is due to eula's accomplishments and, with the help of amber people, started to accept yula and became used to her. They realized that what she said isn't really what she meant so over time. The phrase I will remember this, which was used in the past as a confrontation avoidance mechanism, evolved into a literal, tsundere indication signal. This particularly hilarious evolution is even annotated in the story of jula's signature dish, the stormcrest pie, the story behind the pie, states its body in intensity likely unmatched by anyone else in monstat the best.

Not to tell her that, though, lest she remembers it from the official source. We are told that yula is connected to yenfei in some way on the surface, the story is actually quite simple: yanfei was on the job got attacked by the abyss. Order and yula coincidentally saved her and become acquainted with jenfei now. What'S interesting about this story is not about what happened but where it happened, yula saves yenfe at a location, called the dorman port. So what or, where is dormant port throughout the whole game?

This location was mentioned only once before by this guy during the quest time and wind. Now it was hinted that at dorman port you can charter boats, regardless the exact location of dorman port can be deduced to two possible locations using the context in euless encounter with enfay. One would be somewhere in leeway due to yemphae's origin of work, or the other is somewhere in monstat, as ula's reconnaissance company operates near the shore. Now, personally, I'm not too interested in its location right now, but the name is something I found particularly interesting in the English translation. All I could gather was that dorman sounded like a person's name, but I couldn't make anything of it.

So I dove into the Chinese text in the game: gorman port derives from the term jingfu gang gang, meaning port and jingfu, which was translated into dornman. Obviously, I don't know who dorman is or if this person will ever show up in the game, but the name jingfu does appear in Chinese literature called the stones of the wall by daiho ying long story short. The book is about a woman and her husband separating into different political factions, resulting in one side being exiled to the countryside to reform through labor. Many years later, the husband returns to ask for forgiveness for leaving her and abandoning his moral beliefs then enters jingfu. A third party who always loved the woman because she never turned her back on her ideals.

Now. How does this relate to yula and her story? There is one person in the game that fits this bill perfectly yula is on a mission to find someone, as mentioned in her voice line and her backstory. If you've been following me throughout this video, i'm sure you know who I'm going to say: amber's grandfather, amber's grandpa was originally from leeway and from amber's story. Her grandfather was involved in a monster attack during one of his job and was saved by a doctor from the knights of evonius leaving everyone else in his group dead now out of shame and to repay his debt to the doctor, he ends up joining the knights Forming the outrider company and even ends up getting married to have a granddaughter then one day without a word disappears now.

What are the reasons that I believe eula is looking for? Amber'S grandpa, as I mentioned previously, the story in the book stones of the wall literally mirrors the backstory of amber's grandpa. In one of the messages written on the bulletin board in chingsu village, it mentions a person seeing an old friend that returned after 50 years flying with his wing glider, and it was also rumored that this old friend previously ended up in monstat and became a knight. But if this is in fact, amber's grandpa, why did he come to qingsu village to ask for forgiveness from granny granny rogine once made a promise with the man, but that man never returned now, father yi, this guy in leoe who's, a friend of the grandma, always Had feelings for her, but he never confessed his feelings because she was with another man so to put everything into perspective using the symbolism from the book granny rouxin represents the woman. Amber'S grandpa represents the husband and father e represents jing-fu due to circumstances.

Amber'S grandpa leaves granny ryoshin and works as a knight in a foreign land to reform through labor. Now many years later, amber's grandpa meets yula and teaches her how to carry herself as an outsider and how to face her true self for her goals and beliefs. Ironically, the very thing that amber's grandpa neglected all these years and one day, amber's grandpa, disappears without a trace now found loitering around changsu village. To ask for forgiveness, so is the inclusion of the name dorman from yula and yanfei's encounter purely coincidental dorman being translated from the name jingfu mirroring the story of a certain person that yula is looking for speaking of vienpei there's one more thing that confuses the hell out of me.