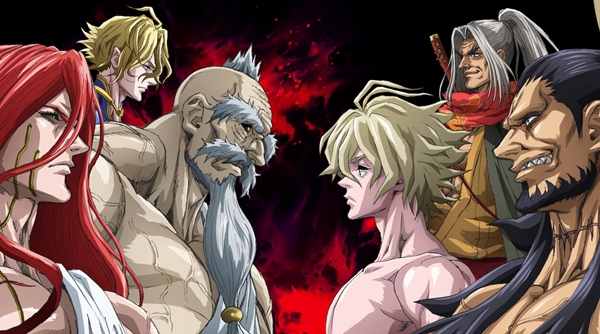 Hi On this occasion, we will discuss human representatives, who is has been revealed in the anime Shuumatsu no Valkyrie or the last Record of Ragnarok, Who are they before entering the discussion, help us with a click subscribe and like ok, OK, so, let's just start the discussion. One Adam called file number one. He is in charge of the fish in the sea of birds, the birds in the air and all the creatures that move on the earth are named, as the man is the true essence of man, the man among men of believers. True hand-to-hand combat the first man on earth, the father of all mankind on Earth, Adam in various histories that exist according to religion. Abraham often views believing Adam as a human First In each of his stories, he eats the Forbidden fruit or forbidden fruit and finally expelled from heaven or the Garden of Eden with Eve or if Ia has an ability, called Divine reflection, the ability that allows him to Imitates everything he sees no matter how fast and how strong With that technique, he can imitate it perfectly with this Zeus, doesn't even move in front of him and had time to overthrow him and with his ability.

This is also Adam is not touched at all G2 Lubu. The strongest and craziest warrior the strongest hero from China. That is Deep in the history of anime. He is known as the strongest person in history. China is precisely the history of the three kingdoms or in the real world, it is called the era of the three countries, or also known as the shampoo of history, where an At the end of the Han dynasty, China was divided into three countries who are hostile To each other and among all ranks of heroes and the strongest Lubu is the person, even though the original is sometimes different from the existing one. 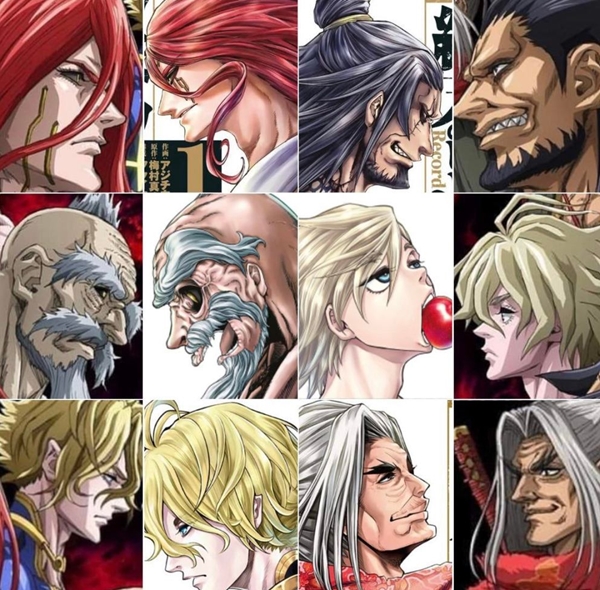 In the anime in the anime and in the original history, Lubu was born in the Wuyuan region, which is now known as Inner Mongolia. Since childhood, he is already famous for his ability. He has a horse named red, terwelu, or chituma, who is known for his Endurance in battle. His dream is to become the strongest and fight the Nah. Even when lightning strikes the trees big, he is not afraid but happy and hopes that on the ground, surely there is the strongest person in his life.

He has been through various wars only with himself until the formation of followers who are in line with him, but because he realizes he is the strongest. He remains confident that once upon a time there was an opponent comparable to him and Since then That's why he created a technique with his spear ax called the devour The sky that can even split the sky with one swing: MP3, Sasaki, Kojiro, The biggest loser in History is Sasaki Kojiro in history. He has never won in his life since childhood. He has never taught by anyone and self-taught from nature. Sasaki has the ability called Senju is the enemy of his ability that allows him to predict the opponent's movement, no matter how fast it is. In other words, he always imagining Lawang attacks, even a hundred thousand, even millions of steps forward, precisely in his battle against Poseidon Dunno. How many times has he died because of this ability? He is known as the strongest swordsman in Japan for having defeated. They were all in his shadow and got their technique by perfect hi hi 4th Jack, the Ripper in its history, who has the most famous nickname given to serial killers unknown who acts in the poor area around the Whitechapel district London In 1888. 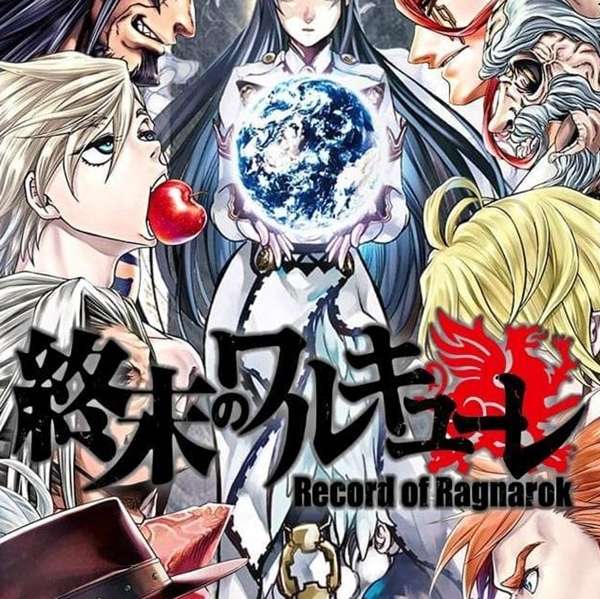 He made the Masa of the city of London in England, become gripping and frightening the worst villain. His heart is filled with darkness thick. He is Jack, the Ripper aka Jack, the ripper in the anime. He has time, then what is told and also his abilities, even in the original history, The mystery hasn't been revealed yet so Jack will fight Hercules and Jack's ability is actually purely from his brain, which is the strategy.

So for this time, we won't be able to explain it in more detail and we just wait for season 2. Ok, 25 Raiden tameemon was born around Rocky c. Is a Japanese sumo wrestler from Tommy's perfect tour Nagano? He is considered as one of the greatest Rikishi in history, even though he never promoted to yokozuna. To date, he holds the record for ratio best top division, win of all time.

That'S the real history and in this anime more or less, he is known as the best sumo wrestler and strongest in Japanese history. He has amazingly strong muscular abilities, ever since he was little. He has received this gift from the god and How come limiting the atom to finally releasing all of its potential against God, The 6th Buddha in its history, The Buddha or Siddhartha Gautama. He is also known as Sakyamuni and as tathagata in Buddhism. It is also said: Siddhartha Gautama is a spiritual teacher from the northeastern region of India, who was the founder of Buddhism. 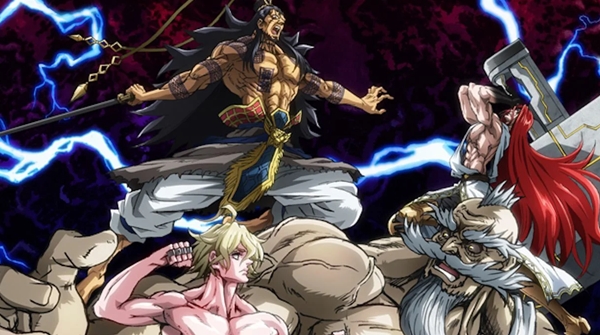 That'S how history has known correction If I'm wrong. Yes, in the sense that he is also called one of the gods in this anime, but wait, the Wah code represents humanity. Well, that's how it is. The story is presented in this anime or manga, even though its previous status being on God's side. Now he defies God and protects humans for his own strength.

He can see a bit of the future, so he knows what's going to happen in the future and easily avoid any attack and attack the opponent very easily, and he can also change his weapon to become anything i7 sooji Okita in its history. He is the captain of the first unit of the Shinsengumi special police force in Kyoto. During the left of the Shogunate period. He was one of the swordsmen the best in Shinsengumi. Now for those of you who are curious about its strength - yes Sama me too, because actually in the manga, his turn hasn't appeared yet.

But if you want to see a reference to how strong he is, please watch the anime Gintama. There is also a character named Souji Okita, and the story is the same. He is also a member of the Shinsengumi Police with the power of his sword. He is very scary Or not. You can watch Samurai X, where the legend of souji Okita is little told, but is known as Simo's, 8th, strongest, swordsman hayha in history, Simo, Simo, nahaya, dubbed as whitebeard by the army Soviet is a Finnish soldier.

He is a farmer and hunter who had passed the one-year military service period when the Soviet Union invaded Finland in 1939. In the winter war, He decided to help Finland and nime pedal. He hasn't shown at all and just based on the promotion of the typical Sumatran Mango Noval, Kris, but based on existing stories. Simo hayha will be known as the representative of mankind, with the nickname of the greatest sniper in history 29 kinshin Huang in his history, Qin Shi Huang was born with the name ginseng, which is also called singguan di, which means the first emperor was king of Kin from 247 BC to 221 BC. Well, you guys remember the history of Lubu diakaz.

This is the first Kaiser after Ertiga kingdom for a more complete story. It seems we suggest you read Chinese history only and for the anime itself, Huang's kinking ability is still not shown.

Thanks for reading 9 Strongest Humans In Anime Shuumatsu no Valkyrie.