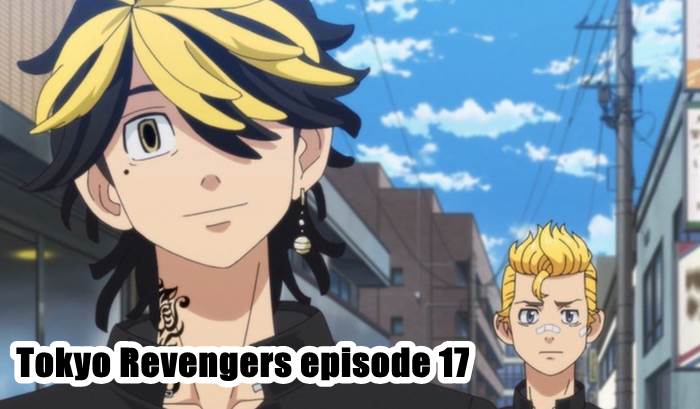 A long time ago we went straight to the episode in the previous episode. We saw Tomang, who was about to start a fight against Valhalla. Looked there take my city, looking panicked, seeing the reward members who started running to attack and were about to beat up Takemichi.

Take then also seen Kazutora, who would immediately aim for thinking but was blocked by Draken, but mah came and immediately kicked. The broken. Nah said that he was the one who would fight Draken, then handed Kazutora against Mikey Draken, who saw Harma challenge him immediately agreed to it. On the other hand, Kazutora looked happy because he could face Mikey because he had been waiting for him for so long who saw Kazutora said that he will not half-heartedly fight Kazutora, then. On the other hand, there is a mic grandfather who sees Mikey and Kazutora who will face off, but one of the reward members immediately beats. 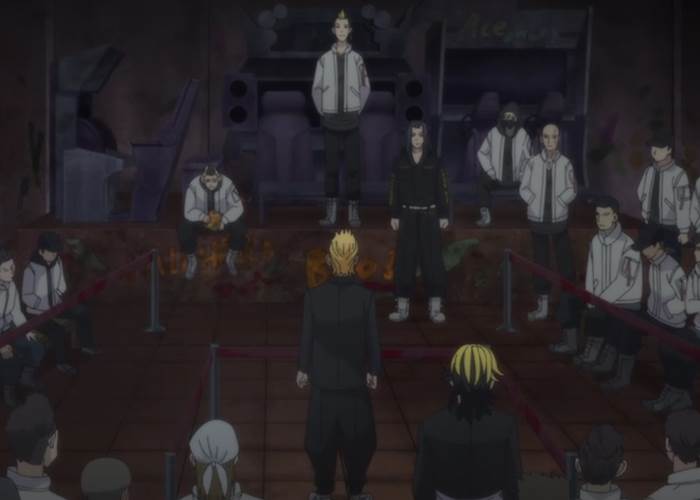 Takemichi to make Takemichi thrown taking Ice, who will be beaten again, can only look resigned and scared, but Mitsuya came and immediately kicked the person Mitsuya, who helped Takemichi, to stand up immediately angry at Takemichi and said you are an idiot. What is the reason we are here? Aren'T we coming to fight right? Aren'T you part of the second squad right, then Mitsuya is back beating the reward members who tried to attack him when he heard Mitsuya Takemichi's words began to realize that he had to win. If he really wanted his mission to succeed, then two members of the reward were ready to attack, TakeMichi using a mic who saw the two reward members in front of him, starting to look less confident that he could win confronted them.

But cipuy came and stood behind, take my cheese while telling Takemichi not to focus on his enemy, because he will support him and said that the fear of being in battle is natural. But the most important thing is how to fight that fear. But the table hears cipuy said like that immediately remembered the face of Hina, then tTakemichi came home, Sung put on a fighting position and returned a blow from the members who were going to try to attack him saying he had to change. Then. On the other side, you saw Drake you Mitsuya, who was beating some reward members seen Mitsuya, who said to Draken that 150 Toman members are at a disadvantage against 300 reward members because Valhalla has members who are much older and stronger than Toman members and suggest to Directly attack the leader-members only hi, then one of the Toman members looks scared in the field the battle, but the Draken helped him and told him to stay focused, because if they panicked, then they wouldn't be able to really win. But the member said they weren't, like Miki or Draken, then apologized to dragon, who heard one of the Tomang members say that then said that he will protect them. then seen Shuji Hanma with his members again challenging the Draken, but Dragon remained silent to protect the members of Toman whose spirit began to lose. Then several merit members approached Draken to attack him but did not come while continuing to beat those who were about to approach Draken. While saying go ahead, you bastard Dragon and merit members who saw Takemichi very surprised, then noTakemichi.

While shouting said again, I will not lose. I have to stop this dispute. I will send all of you to the sky. The other Toman members who saw the determination of takeMichi, started to get back up Grandpa Mice, who was about to fall because he was tired, was immediately helped by Mitsuya and said a good job. The Tomato members who had stood up started encouraging each other and tried to move forward to fight again. 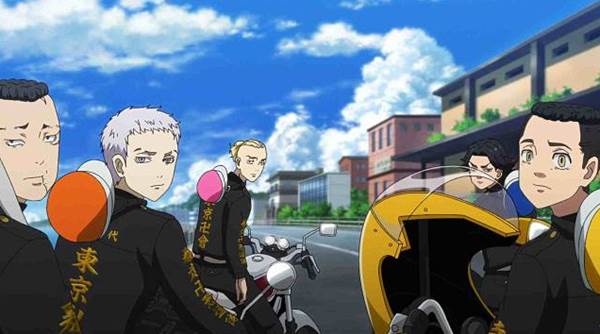 The dragon who saw their spirits started to rise again immediately got ready, while said there was no need to protect you anymore. Right then told them to keep attacking forward while saying Just kill. Shuji Hanma Toman members immediately shouted and immediately attacked the horror reward to lower the price of rice. I love you, but why did you choose to go with the others? You are stupid, then you see the Shuji Hanma members who were already battered and now it's time for the Ken Ryuguji to go head to head against the Shuji Hanma Draken while smiling at the pest saying that he was just warming up, then the Dragon immediately ran to attack the Pests that could parry the Draken's blow, but still bounced far due to a very strong blow from the Draken, suddenly Mikey's feet and members of the reward who saw it were immediately.

Dumbfounded Shuji Hanma also looked surprised because of the blow made by the Ken Ryuguji, then, on the other hand, Hai who was chasing Kazutora on a pile of cars, Mikey shouted Why Kazutora could only run away. However, two members of the reward appeared and immediately attacked Nikkei. It turned out that Kazutora was not alone. He was together with two other members of the reward leader. Kazutora Hanemiya said that it turned out that he had no intention of fighting Mice, one on one.

Tokyo Revengers eps 17 It turned out that he deliberately brought the two people just to fight Mikey and said the two were the strongest people he had ever met and were experts in combat the two said they had been observing Mickey and were attracted by his strength. Then one of the men immediately intended to attack Nikkei but was easily parried by Wike, who would immediately kick the person, but one other person who saw Mitchell immediately shouted to immediately avoid Mikey's kick Mikey looked annoyed because his kick could be avoided. Then one of the two people said that Mikey was not a person playing Kazutora who saw Mitchell immediately said that he was on purpose, provoke Mike to fight in a pile of cars so that Mikey can't release his flagship. Kick then one of the two people immediately kicks thinking from behind and the two people attack Mikey at the same time but think they can block it easily. The two people look amazed by the power of Mikey and decided to hold Mikey, so he couldn't move anymore.

Kazutora Hanemiya who saw the opportunity immediately jumped from behind and hit thinking with an iron Dragon, and other members of the tomato who saw thinking, fell down due to being hit with a direct iron. Shouted then saw a mic lying on a pile of cars and was unconsciously using a mic that saw him thinking immediately, shouted and didn't believe what he saw. Then people's shoes said that Valhalla had won, but suddenly thought realized and immediately tried to stand up while asking for shoes. Hey tell me one thing: am I your enemy, Hi Kazuto Raya when he saw Mikey he immediately thought of his past, where Kazutora first met Mikey when he was a child who always received beatings from his parents? Kazutora's past was being asked by his mother to choose his father or mother. 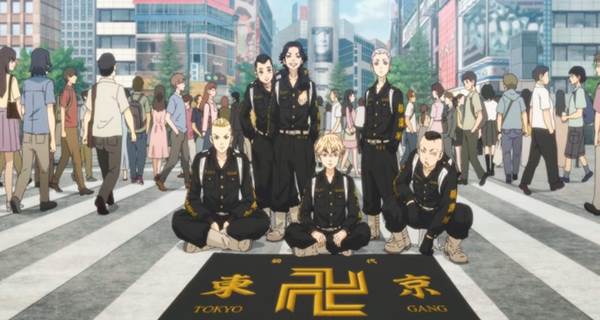 Then Shin returned to Kazuto Radi battle, saying I suffered because of you while remembering himself when killing Mikey's brother Kazutora said again to Mikey. You are the reason I went to prison. Then it's clear, you are my enemy. I will blame anyone who gets in my way. You know Mikey, He kills me killing. Humans are called a villain, But the person who kills the enemy is called a hero. Hi  Everyone who heard Kazutora looked shocked by what he said: Then Kazuto people ordered the two people to hold Mikey and intend to beat him again with an iron.

What he was carrying was seen the shoes of the person who hit Mikey in the face many times using an iron. It was also seen the Haitani Rindou brothers who were watching said that Mike had lost. No emission, who saw thinking and was beaten, can only say this is very unfair. There is someone holding your hands and feet even can't be called a fight. G-Dragon who sees thinking, continues to be beaten and then runs intends to help Mikey but is blocked by Shuji Hanma.

Saying I'm your opponent, Hi on the other side, looks like a shoe that keeps beating Mikey while saying to become a hero. I will kill my enemy. Then arrived -Suddenly Mikey heard the words from the shoes without being beaten, immediately, looked angry and asked to kill the enemies. Sir. Ah, that's the reason you killed my brother, then suddenly Mikey threw two people who were holding it.