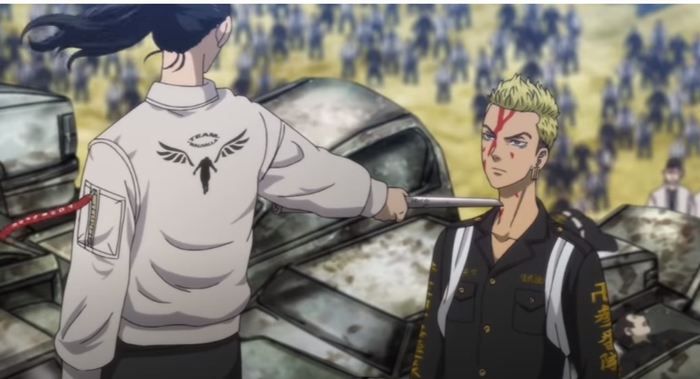 Mikey was furious. He left Kazuto the shelf and the other two Valhalla officials. At the same time, Mikey fell man. This is probably because he lost a lot of blood, so he's weak, seeing that all the members have already moved towards Mikey to kill him. There are still executives remaining tight, Takemichi, Mitsuya, Chifuyu, and Draken are still busy. Fighting the enemy in front of them can't stay silent and try to approach Mikey, who helps that's how it is, But unfortunately, too many members of the Valhalla gang always get in the way of taking me Choji a member of Valhalla who wears a mask. He will finish off, have it all over said, Takemichi.

Suddenly, Kisaki's punch landed on Choji's face as if he was a hero who came to protect the gang leader Tokyo Manji, I'm the leader of Squad 3 gang Tokyo Manji our story. I was in charge of guarding the general. He said seeing this Takemichi didn't realize that he had actually seen the executive members of Valhalla before the two of them had walked together as if the story of the man in the mask was a gang. Yes, the man in the mask was a member of our stories himself. He planned it in compiled by stories of efforts. 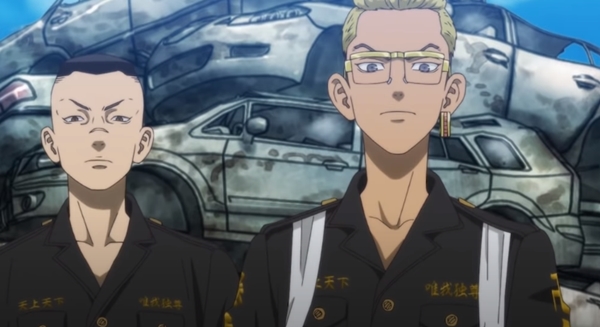 He looks like a hero, even though what he hits is his own subordinate Takemichi doesn't understand that the story doesn't care whether Toman wants to win or lose in this battle. If a friend loses King Toman will join Valhalla and if Toman's gang fends off the battery will go up in rank even Draken praises the performance of this story and tells Kisaki to protect this Choji what's interesting. Finally, the salary is against our story. I've been waiting for this moment, Kisaki's story, Baji said, while jumping quickly towards the story, keep hitting our story more with a pipe and making it bounced away. Takemichi, Draken, Hanma, Mitsuya was surprised to have to beat Kisaki said a Valhalla member with a chirping story.

"The pattern I'll beat him until he doesn't recognize your face anymore" Baji. Draken wants to stop Baji. He said. Toman came to bring you back here, -Suddenly the collar of the jacket for taken and thrown away by the person who has a big body. 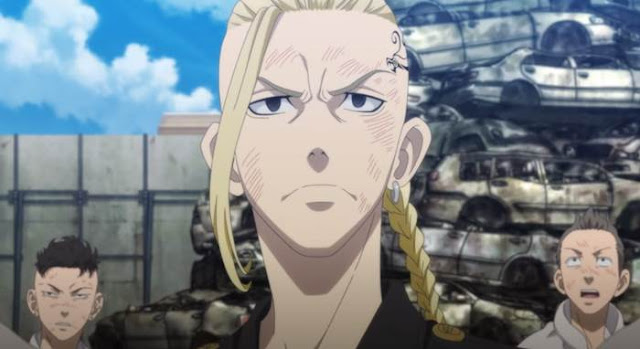 He is the one who accompanies Kisaki. You are okay, Kisaki's story. He said the "busk" was sick. Was flying near me. Let'S destroy the fly, go ahead.

Chifuyu and Takemichi try to stop Baji, but they are lucky. It'S too hard to stop it. Chifuyu can't hit the part while Takemichi is not strong enough to stop it alone. Takemichi paste thinks He remembered that it turned out that it was Kazutora who killed Baji Wednesday right Kisaki automatically took Takemichi, Seeing the hard position of the tutorial next to Mikey.

There was no coy suddenly all of a sudden if the tutorial from behind the bastard is already stabbing with a knife. It'S mandatory that this labile boy even stabbed his own best friend. What the hell are you trying to check in the end? I'm also sorry, I'm waiting to see this Takemichi immediately bought a mattress Kazutora. Baji, how about you? 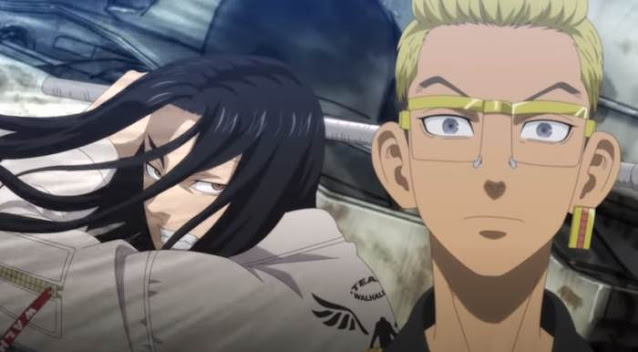 He said Takemichi, you saved me and he just got scratched a little bit. Chifuyu rages on Kazutora's case. What do you think you're doing this bastard and Chifuyu trying to stop Baji from coming back?

They both are also after stories of corpses. Takemichi can become a member of Toman's gang, but Baji still insists on going through the fight. This is alone Now for those who fight the squad of stories with more than 50 members. Starting now, members of the third squad against. Baji ties their hair and is going to start the fight. Takemichi says no matter how good Baji is it's impossible.

He can fight them all alone, But one by one, the members of Kid's story get beaten. This shirt proves that Baji's strength is playful, Takemichi was surprised by that The giveaway said not to underestimate Baji because if he had set his target he fulfilled it. Kisaki'S story was ready. He told the vice-chairman not to underestimate Baji in the middle of their conversation, Baji has even finished off the entire third squad alone. 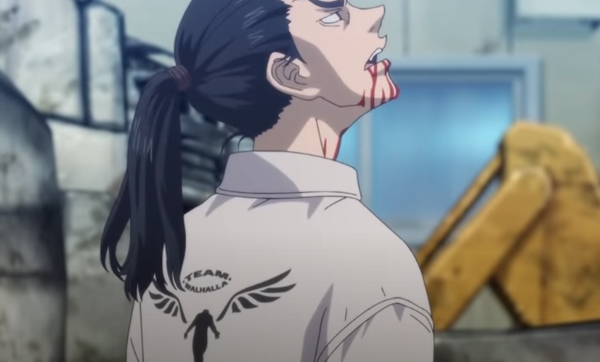 The story of living alone, now checkmate Baji's words take stories panic says: if there's something you want to do quickly: do it just one more step to finish off Kisaki eh, even blood dripped on his body? The wound was because of Kazutora. Baji shoes have reached their limit and have fallen.

The reason for targeting Kisaki is because he knows why Kisaki is in Toman's gang. Chifuyu even realized that and made himself target the story and fire. Baji doesn't want to tell anyone as if he wants to find the rotten stories, the story alone.