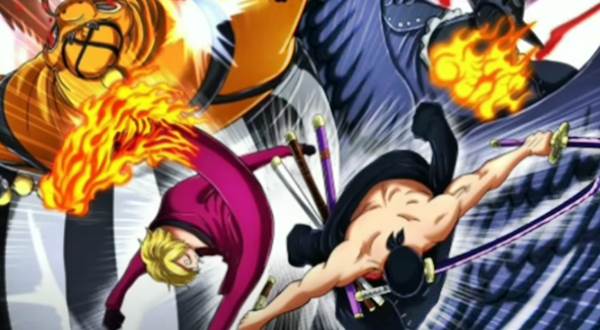 One Piece chapter 1023 continues the fight between Zoro and Sanji against King and Queen. where  Zoro and Sanji flap as much as the ocean because they are weighted as a pair of wings of the future Pirate kings.

One Piece Chapter 1023: Zoro Power Up

King and Queen, did not suffer any injuries. After receiving an attack from Zoro Sanji, on the other hand, Marco remembers Whitebeard's words about the Red Line. Whitebeard said that above the Red Line, there is an area called the land of the gods. Even above.

There is also a kingdom inhabited by gods. Whether Ras King is also included in one of these gods. Considering Marco said that Rasking used to live above the Red Line, Sin the fight between Zoro and Sanji against King and Queen resumed on the sidelines of fight snow said to Zoro. If there was something strange in his body After he used his red suit for the second time Queen teased, Sanji If he was just a busy man from a sixty-nine Germa family, Queen added that the fire produced by Sanji's feet was just a machine if he is 100 %, real human. Even though there is no rhino, the Queen thinks that normal humans will not be able to produce fire, And he also said that if the food is not of the same race as King.

Actually, in this chapter, Queen mentions the race name of King, but the giver of drool soup hasn't leaked it to us all the over kings, who heard that his race was being mentioned again just kept quiet and didn't respond to anything. Even a text balloon containing dots. Just like, when Marco touched on his race in One Piece Manga chapter 1022. yesterday Queen made fun of Sanji even more. He said if the fire from the attack was disabled. His Diable Jambe is nothing when compared to the fire that his trademark King can produce. 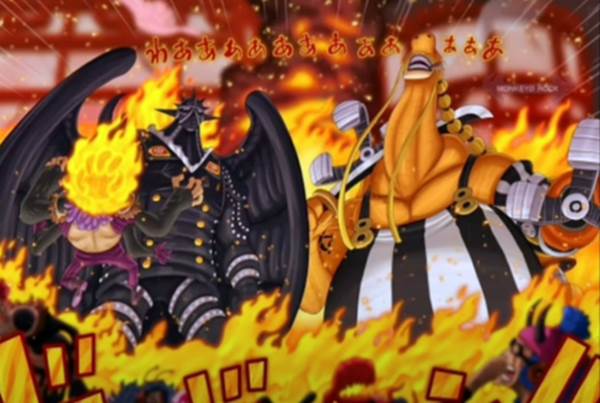 On the other hand, Hyogoro and Kawamatsu talk about Zoro as they watch his battle against King. They say that when they see Zoro, they think of the former district daimyo of Ringgo shimotsuki ushimaru, even Hyogoro and kawamatsu said that his general style and narrow eyes reminded them of the legendary Samurai figure of one shimotsuki, the house of fighting substance. Zero is the same as the shimotsuki clan because indeed he studied at Koushiro's hermitage, which is the shimotsuki clan, where he is a direct descendant of shimotsuki, who is also the maker of the Enma sword and Wado Ichimonji. But it is possible that Zoro is also a descendant of Shimotsuki.

Closing his sentence with the words is this possibly related to his lineage. The code talks about Zoro's wound, which is the same as Ryuma's wound. If we look back at the Zombie house at the April box, we will see that the left eye of the house is bandaged with a net. Zoro'S eyes are also narrow on one side and both in the left eye. It'S really a coincidence very awakening and again Ashura managed to defeat the zombie house-Ruma gave Zoro his shusui sword. He said if it was the milky sword who chose Zoro to be his new master. 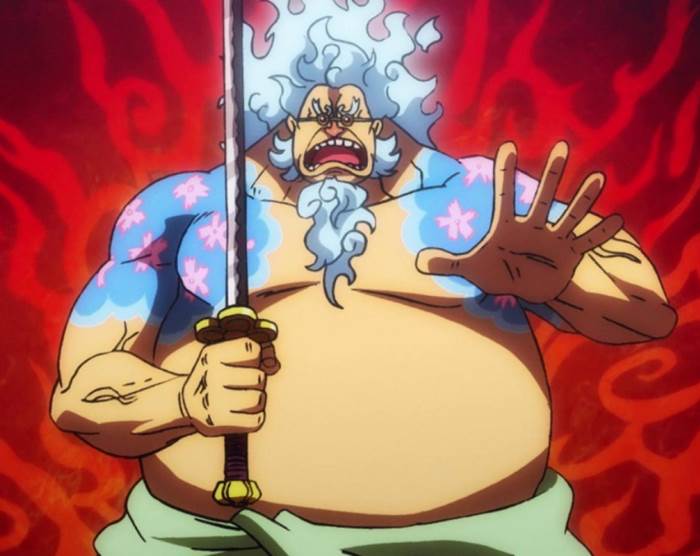 Is it possible if Zoro really came from the shimotsuki clan and was the umpteenth descendant of shimotsuki ryuma Shin then moved to the battle of one of the forgotten Kaido starts? Every time Jack, Jack is currently fighting against Inuarashi.

The last time it was shown that Inuarashi had a hard time against Jack because the gifters and Jack's men participated in attacking Inuarashi's knowledge, but thanks to the dango of Otama, the gifter this time attacked the Kaido's men so that currently the fight between Inuarashi and Jack Has been going on fairly and it seems that Inuarashi will defeat Jack as a means of revenge for what he did in Zou. Sin then moves back this time, showing the battle between Perorin and Nekomamushi. It is certain that this fight will contain the smell of revenge for Pedro's death. Hopefully, the acquisition can provide clarification without going through the podcast, because Pedro committed suicide, it wasn't he who killed him. Jin then moved back this time, showing the fight between the two Ninja, Raizo and fukurokuju on the One Piece chapter 1022 has shown Ninja moves from both of them even Raizo, to use the Jutsu Kage Bunshin no Jutsu. 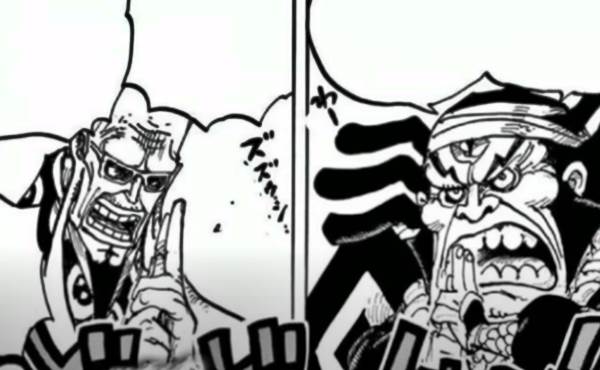 Hopefully, there will be a clash between the Rasengan and Chidori shown by the two dotted ninjas here then move to the Wano plain close to the tokage port. Finally, Shinobu granted Momo's request to become a bachelor Lapok using the power of his Juju kunomie devil fruit, even though his heart was still a perverted child, but his body stature was like a 28 year old man, Hai Momonosuke fine turned into a dragon, and this time The size has grown longer and big Luffy shouted and asked Momo to quickly go back to onigashima Yep, with changing the moment into a giant dragon. It will definitely surprise Onigashima's side, including life, and maybe by seeing Momo's dragon flashback when Kaido was made a test rabbit.

Dr.Vegapunk, when he is called Hazard will be shown by Sensei. In addition, what the subzero chief did when he saw the giant dragon Momo, he would definitely be surprised because what he knew if the experimental results from Dr.Vegapunk were a failed project.

It seems your role is waiting to hold back Onigashima so as not to hit the flower capital, because the dragon form capital is also able to issue the same yellow clouds as Kaido's, which was used to fly Onigashima so that when Luffy desperately fought Kaido Later on. On the other side, Momonosuke desperately held Onigashima's movements so as not to hit the flower capital At the end of the fight against fish eaters One Piece 1023. The Shaykh did not issue his pearls of wisdom. It means that next week One Piece will not have a holiday.