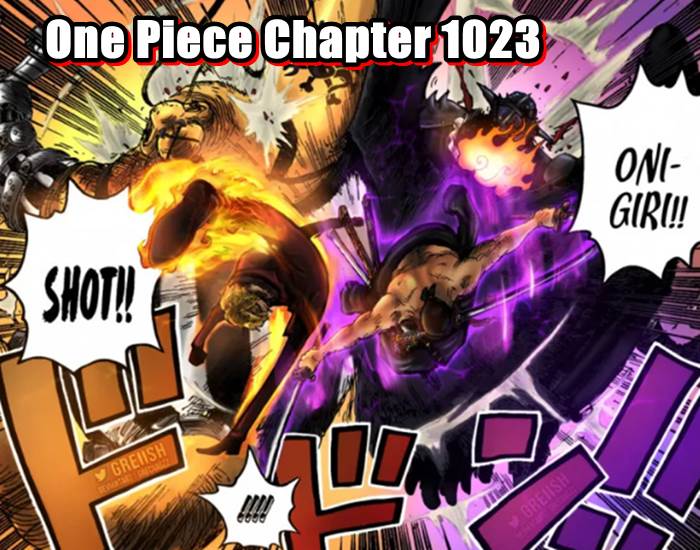 This time we will discuss One Piece Chapter 1023 along with it and at the end of the review. We will analyze some interesting things that happened in this chapter.

This chapter will reveal you are actually the origin of Vinsmoke Sanji's body, which turns out to have a demon in it, as well as Zoro's story, which most likely comes from Wanokuni, which is seen in the eyes of Zoro's grandfather. There is an interesting reason Why Roronoa Zoro has strayed to East Blue. So that's all we will discuss in full in the review One Piece 1023 that this time also has seen more and be prepared. This time it is titled like two peas beside it looks cheeks sitting on a tree branch. 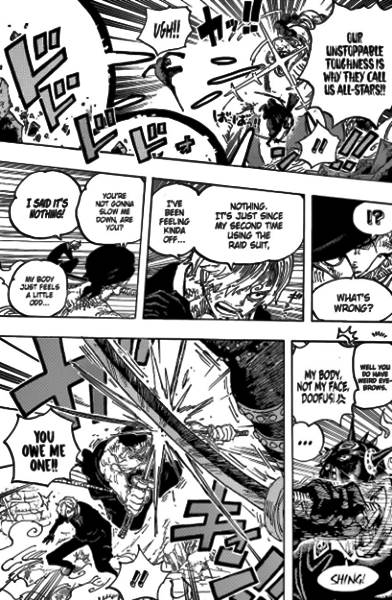 Meanwhile, some birds perch on his arm. We can also see angry Karoo downstairs. Maybe he is jealous of the bird that perches on Vivi's arm. The first page starts with Zoro and Sanji standing in front of King and also count there. They are lying on the ground covered in a cloud of dust, but need to note that these two quickly realized they were shocked to see the effect of my drug.

While the subordinates of the Pirate bus were also surprised to see Wing and King fall, one of the subordinates of the pirates was able to point his gun at Solo, but just before shooting him. Kawamatsu beat him yogurt while telling everyone to don't interfere with the fight From Sanji and Zoro and trying to get no one on the other side to do it. The lantern Marco looked at King and Queen as they woke up, and this Marco remembered some words. Whitebeard had said to him, Whitebeard said long ago before their time o he Was a country of Gods above Redline.

While Marco is deep in thought, some more fuel starts to fire at him, but the Izo arrives just in time and rushes towards Marco to prevent the bullet from hitting him. Izo finds that almost like that, when he leaves the place with Marco in his arms, we continue, of course, King and Queen are back at war, then also raps. Now, just as Queen is done singing then Queen shoots a laser beam at Sanji and Zoro, but they dodge it. 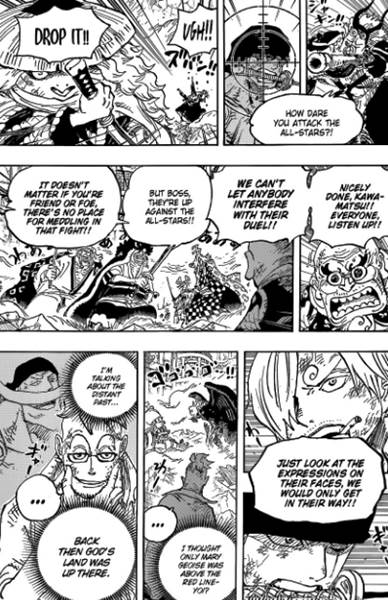 Zoro realizes that something is wrong with Sanji, apparently after wearing red, twice Sanji's body feels strange with his sword, but Zoro stopped him with his sword too. Queen took the opportunity to try to attack Zoro with a new technique called bridal grab.

He was seen turning his ponytail claws into flaming claws, but Sanji stepped in and blocked Win's claws with his fiery. The kick then Queen laughed. I said you must be one of those cyborgs. Sanji Also flatly refused my words and said he was 100 % human too answered humans can make it out now, instead of you coming from the Lunaria race or something like that, so the Lunaria race that Queen is referring to here is this race.

After saying that name suddenly, in's face was highlighted here with a flat face. Sanji started to fire kicks at Queen, as she defended herself with her arms with Busoshoku Haki and Queen's claws. Also ended with said that it doesn't matter what Sanji is because he faced a Cyborg even Vegapunk could create. Then turned to the yard of Zoro and also King suddenly, the tip of the sword from wanting to change, shape to like a comb, and then King pulled his chin and took two swords. Zoro'S property didn't just stop there, wanting to throw a strong punch in Zoro's face, but Zoro managed to move his head and stop the blow with the sword he held in his mouth. 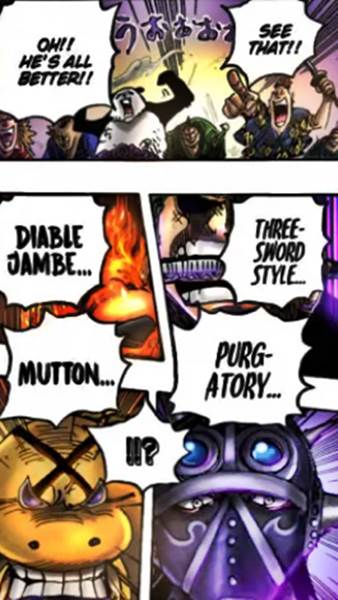 Some conversations between King and Zoro started. Hyogoro and the people are watching the fight between Zoro and also King. Kawamatsu said, wow Zoro is a very tough swordsman also said for him it reminds him of king Ringo, Shimotsuki Ushimaru in his youth. Well, when ping and Zoro continue to fight, we can see a picture of the house Where we can see that his left eye is also damaged like Zoro's eye. So there are very many similarities between the two of them. Then the panel is cut again and we go to the 2nd floor.

Castillo like see there seen and also Inuarashi continues to fight Jack. His story forms His feet are still giant feet, but his body and arms are in human form. He maintains a large island and large fangs with a smaller head and no mammoth ears, Jack attack Inuarashi with his trunk, but as happened? Inuarashi picked it up and threw it out of the room they both. Then fell into the courtyard where this unconscious Ashura. Inuarashi remembers the torture that Jack.

Then the panels are cut back and we are now outside the Onigashima castle. After Nekomamushi's attack on peropero  Wanda's. Nekomamushi gazes Respiro type and says He said he would avenge Pedro's death. as soon as he stepped out of the moonlight shadows caused the Nekomamushi. It changed again into a bone shape in front of the frightened gaze Blue Terrace in moved back now.

On the second floor of the castle, there were Raizo and Fukurokuju. Fukurokuju told Raizo, wanokuni can't be trusting a child-like Shogun. Resumes replying that he doesn't underestimate Youth because people can grow. Shin re-moved and is now cut to the shore. Even though I was there laying eggs Angry hearts, they had drawn their guns and pointed at something that strongly reminded them of Kaido. 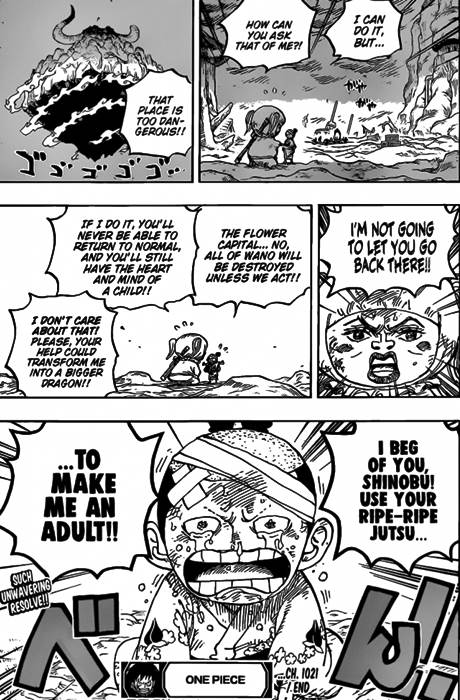 After that, we get an amazing double page. We can see a giant dragon is in front of Luffy, It'S Momonosuke Thorns a reminder of his first meeting with Momonosuke. Luffy asks Momonosuke, confirms that the dragon is Momonosuke. Momo is now 28 years old, thanks to the devil Fruit from his Shinobu. Make him grow 20 years with his strength. Shinobu cries loudly as he remembers when he raised this Momonosuke. Luffy and Momonosuke also having to go upstairs to the peak of Onigashima. Then the chapter ended here.