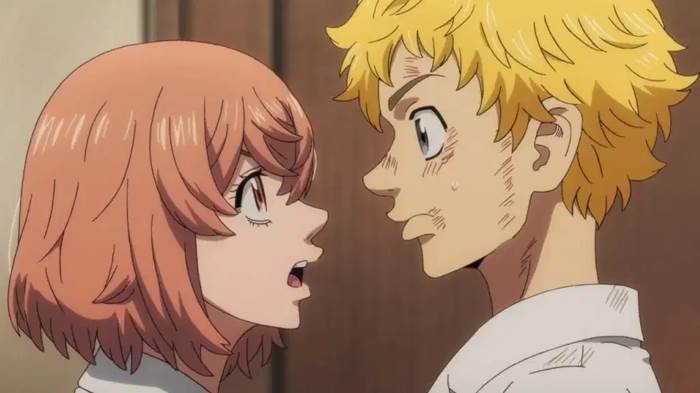 Takemichi has a girlfriend named Hinata Tachibana, in this article I will discuss why Hinata loves Takemichi? Tachibana Hinata has never been met by Takemichi since graduating from junior high school.

He ran away from problems and moved to a high school far from the previous city because he wanted to change his life in middle school because he would the slave who was Toman, before he changed the past. Only he's just that kind of person in the future. He just doesn't know how Hinata behaves his girlfriend becomes a victim of the cruelty of the Toman gang. Finally, Takemitsu thinks about Hina. Takemichi really wants to save Tachibana Hinata in the future. Tachibana Hinata became a girlfriend using that match in middle school, which turned out to be far away before junior high when they were in elementary school. Tachibana Hinata already liked Kimichi the source of the manga chapter 89. Tachibana Hinata, first liked that image in the summer. When they were in 6th grade at primary school, Tachibana Hinata was right on their way home from night school, it's like enrichment or extra lessons usually, in the final years of school. 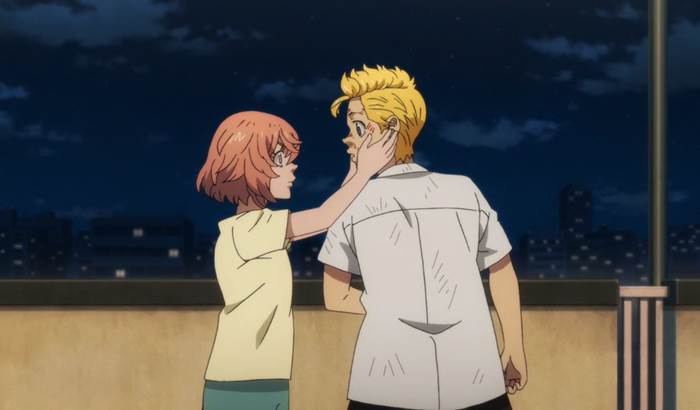 Tachibana Hinata saw naughty kids tormenting cats in the park. He was furious. She was a naughty kid who was torturing innocent street cats. In the end, the three kids who tortured the cat just now approached Hinata tried to teach him a lesson, but not long after that, someone came the child who came was not Takemichi . He was wearing a robe like a hero. One of the children who tried to disturb the street cat was kicked by Takemichi until he fell down in humiliation, who saw Takemichi. Finally, stop crying children- The kid who bothered Hinata earlier in Takemichi's words. He said that high school students dared to gang up against girls, even though Takemichi himself was scared, but he still approached the high school kids.

But he still dared to go forward, no matter what the risk was after Takemichi didn't lie down. Of course, he lost being beaten anyway, he's not Mikey or the head of the tomato gang. Tachibana, Hinata cried, and Takemichi say Who are you crying? Then? He says something to humiliation if humiliation is weak, so he has to think about it, something if you want to act so that something like y, what Hinata is experiencing right now is being interrupted by thugs. It doesn't happen again continues to talk after that. Take it back and forth guys after the flashback in chapter 89, in middle school Tachibana said Takemichi because he liked the nature of Takemichi because even though he didn't Takemichi knows that he will lose because he is weak and can't do Anything but still comes and saves Hina. 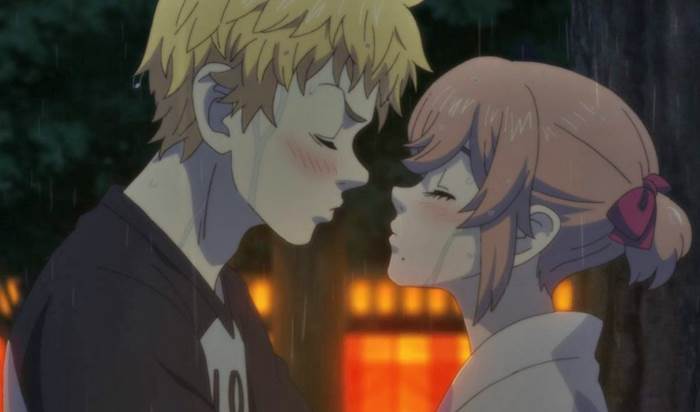 She said it's 100 times better than if Takemichi won and in the end Tachibana Hinata loves Takemichi. Yes, here we know that Tachibana Hinata really appreciates The sacrifice of Takemichi. It'S really cool to use elementary school fast, in my opinion, rather than the version in the future aka the version when he was 25 years old. When Tachibana Hinata entered a new junior high school, she expressed her feelings for Kimichi on the roof of the schoolboys and express their feelings to the guys.

It's not just from that incident jump to Chapter 20 When Takemichi was ganged up by Joe's group and in the slot, Hinata came over, Takemichi also muttered, she was quite depressed by what she was carrying on her shoulders. All this time she was weak, helpless but responsible. What he has to do is that it's very hard for him to be attracted to Takemichi, because he uses Michi to cry for other people and become frustrated because other people can't be saved. This continues to say: Tachibana Hinata, Nothing is cooler than Takemichi.

Gain enthusiasm and he tries to let go of the traumatic life of his life in the anime Tokyo Revengers. Finally, he gets up and heads to the fight, which is to save the dragon. Tachibana Hinata is a really good girl.