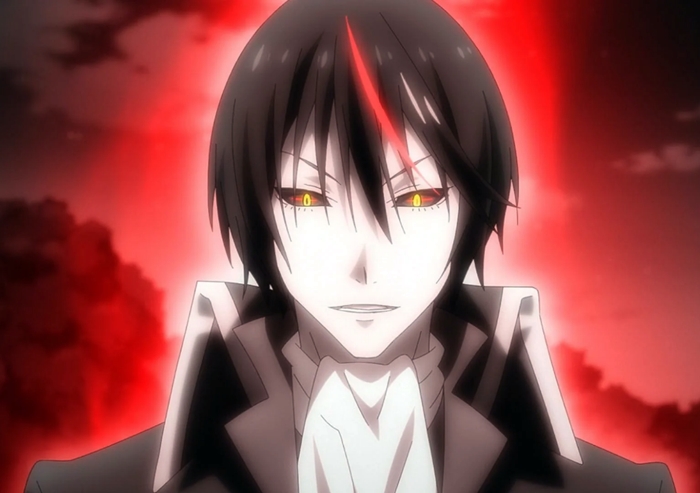 On this occasion, we will discuss 7 interesting facts and how powerful Diablo is in the anime That Time I Got Reincarnated as a Slime. Diablo is the strongest subordinate of Rimuru Tempest, he becomes part of the executive squad of the Jura Tempest Federation. Later he served as the second secretary of Rimuru Tempest after Shion.

1. Diablo is one of the Seven Primordial Demons.

Diablo is one of the seven Primordial Demons in Tensei Shitara Slime Datta Ken. Seven Diamond is the strangest creature in the form of spiritual like an angel or spirit in general. The Demons had no name and walked aimlessly. But they can also go to the top world or forge contracts like Diablo did.

Before having the name Diablo, this demon bore the name "Noir" or black from the other seven colors. Because these seven primordial demons have their own color designations.

When Rimuru made a massive call in the Ramiris Maze, he failed to answer the call and it was Beretta who was called. Then Rimuru makes a call back when he wants to chase Razen. That's where Diablo was called together with his strongest subordinates. Noir was summoned using the 20,000 bodies of Falmuth's soldiers. All the bodies were produced from the massacre carried out by Rimuru with a skill called "Megiddo".

3. Diablo evolved into a Demon God

Demon Noer received the name Diablo from Rimuru and was able to evolve to the Demon God stage. After Rimuru evolved into the True Demon Lord, Rimuru named him Diablo. Diablo was originally an Arc Demon, later evolving into a Demon Peer or Demon Duke, a legendary demon whose existence is extremely rare.

When Diablo was given thousands of souls by Rimuru, Diablo also earned the title of Demon Lord. And his race also evolved from Demon Duke to Demon King. Then after Rimuru evolved into Artemis slime, diabolo also evolved to the next stage, from Demon King to Demon God. It was the highest evolution the demon race could obtain. It was equivalent to a Soul Dragon or a true hero.

Noir recruited hundreds of the strongest Demons and 3 Primordial Demons that became his army. After the tempest tournament is over, Diablo descends into the underworld and searches for powerful demons to serve as Rimuru's army. This is where the beginning of the formation of a Squad back number consisting of more than 700 powerful demons. Diablo is the leader among them, even among the Squad there are three strongest demons that are almost equivalent to Diablo. Altima Testarossa and CarTestarossa Carrera And Ultima. They were primordial demons or the last ancient demons like Diablo.

5. Diablo is Very Loyal to Rimuru.

Diablo is very loyal to his master Rimuru Tempest, he is also a very royal subordinate to do whatever Rimuru Tempest ordered. Diablo is Rimuru's quietest subordinate, but when he hears or sees Rimuru being underestimated, he gets angry and angry. However, when he sees someone who is kind to Rimuru, he will be kind to her.

6. Diablo's Relationship with Shizue Izawa and his mask

When Diablo answers the demon's call from the Silver Wings, he has the opportunity to meet Shizue Izawa and watch his mask. Diablo considers that Shizue Izawa's mask is one that can put time on or store unlimited power. After he returned to the spiritual world, he continued to observe Shizue Izawa's journey along with his mask. Until He saw the mask owned by Shizue break and turned to Rimuru's hands. It is there that he concludes that Rimuru has a connection to the mask and has the possibility to discover the secrets of the world or it can be called the truth of the world. Diablo is interested in Rimuru.

Diablo has been shown with his powerful demonic powers. Then He also has a calm nature in the face of any kind of condition. But he will be angry and very angry when someone humbles Rimuru. Diablo is part of Black Numbers, Black Numbers is the strongest fighting force possessed by Rimuru. Diablo is also part of the Jura Tempest Federation executive who often accompanies Rimuru. Although diablo is basically the type of demon who prefers to be alone.

Diablo may be hiding his true powers so Rimuru doesn't worry. His strength was in the special S Plus or S class.

Conclusions from facts about Diablo

Noir was diablo's name before it joined Rimuru Tempest. He was the strongest Devil and a very loyal subordinate of Rimuru. Those are 7 interesting facts about Diablo as Rimuru's strongest subordinate in the anime That Time I Got Reincarnated as a Slime or Tensei Shitara Slime Datta Ken.