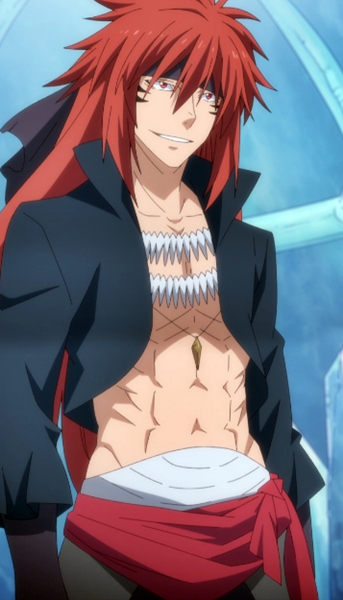 One of the Seven Primordial Demons, Guy Crimson, guy crimson is one of the octagram demon lords in the Tensei shitara slime datta ken anime. Here's a little background from Guy Crimson's character.

Before he had the name Guy Crimson, he was known as Rouge. He is a red Primordial and is one of the Origin Demons or what we are often familiar with the Seven Primordial Demons.

Guy Crimson lives on the ice continent. The continent is located in the northern part under the name Continent of Eternal Eyes map of Tensura anime world. Actually, in the northern part of the Tensura map, it was not a part covered by ice. But as a result of his fight together with the name Velzard's Ice Dragon, it turned the continent into eternal ice. Well for the characteristics of this blood red-eyed character, with wavy hair a deep red color. His height is equivalent to Leon Cromwell. 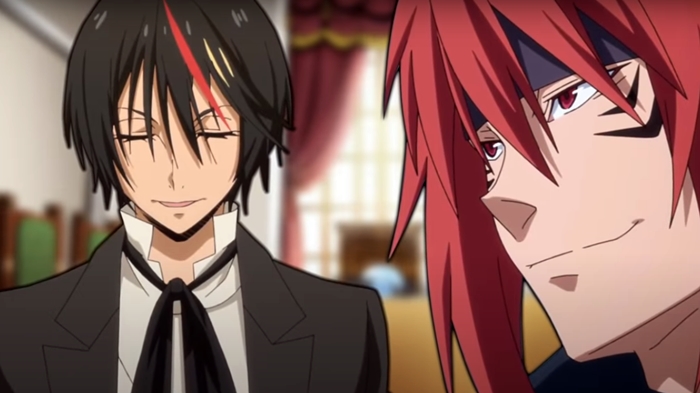 Before being summoned to the world and sound, he always fought over the strongest seat in the demon dimension. But the only one who can match him is Diablo. Diablo and Guy were said to be equal and the strongest in the demon realm. But they both then took different paths in life. As Guy Crimson begins to enter the world, he is constantly searching for strength. Diablo has done nothing for thousands of years. When he hears Diablo being a subordinate to Rimuru Tempest, Guy is annoyed that Diablo is on par with him.

Guy Crimson hadn't acknowledged anyone else as his master, nor did he care about anyone else. It could be seen at the time of Walpurgis' meeting, he was not angry when arranged by Rimuru. He was also curious about the Beretta lineage, therefore Beretta was allowed to help Rimuru.

If Guy Crimson saw someone who caught his attention, then he would try to get close to him. He wondered why Rimuru Tempest could make the other 4 Primordials his subordinates. Since naming the primordial would be very risky, even the soul that gave the name could be consumed out before the name was delivered.

His goal is Called Guy Crimson

Guy Crimson can also transform his body into male or female. Maybe that's because many people call it gay. He also had a good relationship with Leon Cromwell. He is first summoned into the world by a man who possesses very high magic. The caller, for his strength, is almost at the highest peak that can be reached by humans.

The goal was called Guy Crimson because at that time there was a great war with another kingdom to increase combat power. The demon called at that moment was still at the act Demon rank. Then he was taught the Magic Nuclear skill, after mastering the Magic Nuclear he instantly destroyed the enemy state. From the attack, he gained five million human souls. And at that moment he then evolved. The aura that Guy released looked extremely terrifying.

The Origins of Guy Crimson 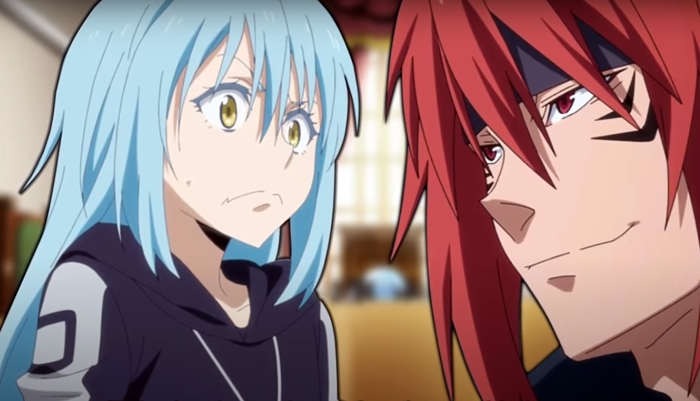 After that, he also killed the man who called himself. He named himself Guy. Guy means the screams of closed people and despair. Crimson is a name accidentally given by emperor Rudra. At the time of the name had made Rudra faint.

Just at the moment of destroying the Kingdom, Guy Crimson realized that he had awakened as a True Demon Lord. But at first, he ignored it because he felt like the strongest Devil in the world. 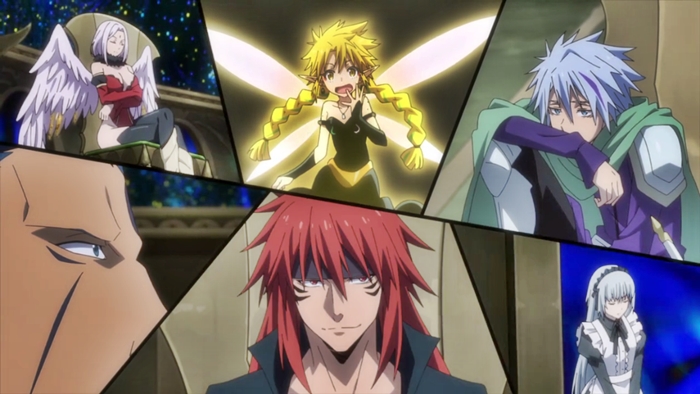 When Guy Crimson woke up as a Demon Lord, it turned out that Milim was doing the same. At that time Milim was given a pet dragon, and it turned out to be the incarnation of his father's name Veldanava. But his beloved dragon was killed by the kingdom, Milim was angry and destroyed the country. After that Milim evolved into a True Demon Lord.

Guy Crimson then managed to stop Milim Nava's anger. The battle lasted for seven days and seven nights. The impact of their battle made the desert that originally had abundant wealth barren.

But in the end, there was no winner in the fight. The battle ends after Milim regains consciousness thanks to the help of Ramiris (Pixie). After the battle was over, the three of them began to reach an agreement as First Demon Lords. They also have their own purpose.

For additional information, Guy Crimson had an ability that could copy the strength or skill of others he had ever seen. The skill is named Prideful King Lucifer, similar to the predatory skill Rimuru Tempest which has now evolved into Beelzebub. But Rimuru can take all the enemy's abilities, even his form just by swallowing his target. Guy Crimson could only copy the skills he had seen.

Well so that's a little explanation about Guy Crimson, what do you think? Is Guy Crimson stronger than Rimuru? Does guy Crimson fight Rimuru? Who is the strongest demon lord? Check out other interesting information about That Time I Got Reincarnated as a Slime anime.