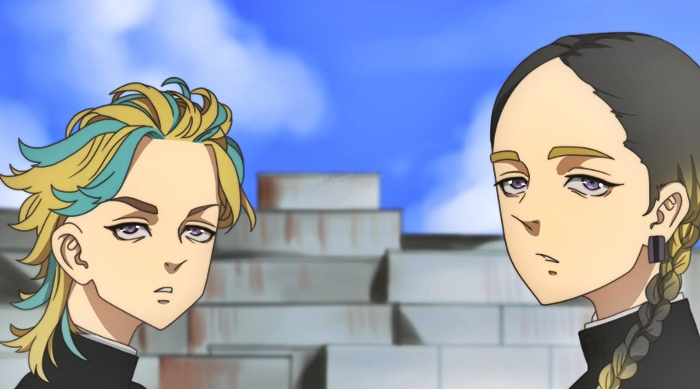 Haitani Brothers is a very compact brother and sister couple, they have very good character development to date. Here are some interesting facts about Haitani Brothers Tokyo Revengers.

Haitani Brothers are the nickname of both of them. Ran Haitani as brother and Rindo Haitani as a younger brother. They are both very compact and always together, just like Angry and Smiley in the Toman gang. They both appeared in the Tokyo revengers chapter 51 manga. We can see the Haitani Brothers have started to be seen during the battle against the Valhalla gang. We began the discussion with Ran Haitani, Ran has a fairly tall and thin body. She styled her long hair into pigtail braids, the bottom of her hair had a dark color, while the middle of her hair was blonde. Ran Haitani also wears earrings and has a tattoo on the left side of his back.

While in the Tenjiku gang, he had a special uniform. With Rindo, he wears a black version of the gang uniform. His uniform featured a skull motif on the collar. While in the Rokuhara Tandai gang, he also wore a black version of the gang uniform, with a white belt. Furthermore when in the Bonten gang his hair was short and tied to the side. He also has a syndicate emblem tattoo on the front of his neck.

Ran Haitani was part of generation s62, the worst generation of the last. Because that generation had the highest level of juvenile delinquency Ran Haitani had a calm yet strange nature, with a lazy smile on his face.

He was very proud when he ruled in the Roppongi gang with his sister. In combat, Ran Haitani is also quite cruel and sometimes always uses dirty tactics. He used weapons such as wooden sticks or bricks to viciously hit his opponent.

Ran also has a sense of care for his sister Rindo. When Rindo is injured, it will make Ran very worried and angry. He also often encouraged her during their fights. 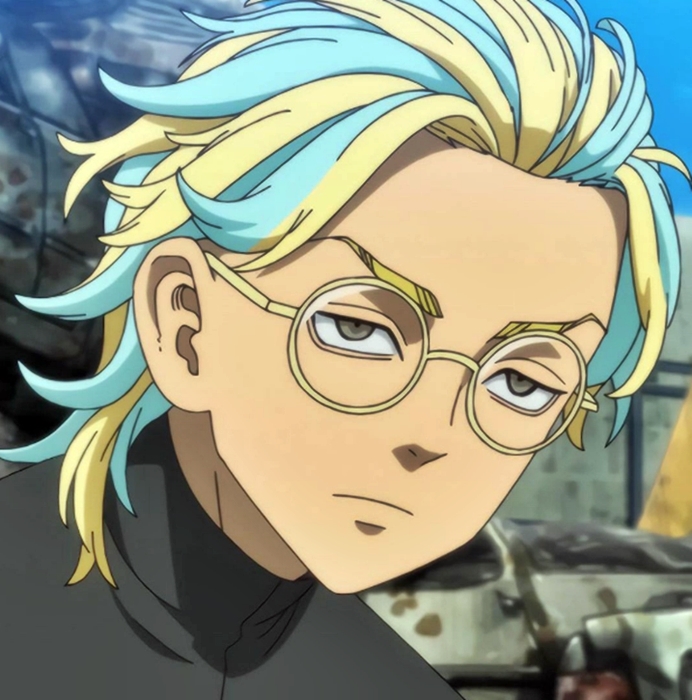 Next is his brother, Rindo Haitani. She has blonde hair with a light blue stripe. He wears glasses and has a fairly muscular body. Rindo is different from his older brother's thinner kite. They both have the same uniform in the Tenjiku and Rokuhara Tandai gangs that are black. Rindo's hair was styled in purple and pink when he became an executive in the Bonten gang. He also doesn't wear glasses anymore, on the front of his neck there is a tattoo of the Bonten gang.

Rindo Haitani has a sadistic nature. He often rejoiced when he heard screams of pain from his opponent. He was also happy to see his enemy's limbs broken. Rindo was so cruel, he didn't even show any mercy towards his enemy.

Rindo Haitani has a locking technique and can break the joints of his enemies. Therefore, Rindo is more dangerous than his older brother Ran Haitani. Because his brother prefers to play around when fighting with his opponent. Rindo is very confident in his strength, but it is precise with that trait that he often has problems.

They both have a pretty dark past. When Haitani Brothers were 13, he was challenged by King Roponggi Kyougoku. The fightback then was one-on-one. They easily finish off the leader and deputy of Roppongi Kyougoku's gang. When Ran Haitani had finished off the leader of the Roppongi gang, he headed straight towards Rindo Haitani to help him finish off the gang's vice chairman.

Rindo Hitani locked himself the vice-chairman of Geng Roppongi, Then Ran Haitani beat his opponent in the face. In the incident, the deputy leader of the Roppongi gang suffered serious injuries and was rushed to the hospital. Even Haitani Brothers could rule the entire Roppongi district at that time. They ended up in juvenile detention for their crimes. That's where they first met Izana Kurokawa, Mucho, and the others as the worst generation of s62.

Haitani Brothers are very strong and dangerous, they are also very ruthless towards their opponents. For the next story about them in the Tokyo Revengers bus series, you read on this website.