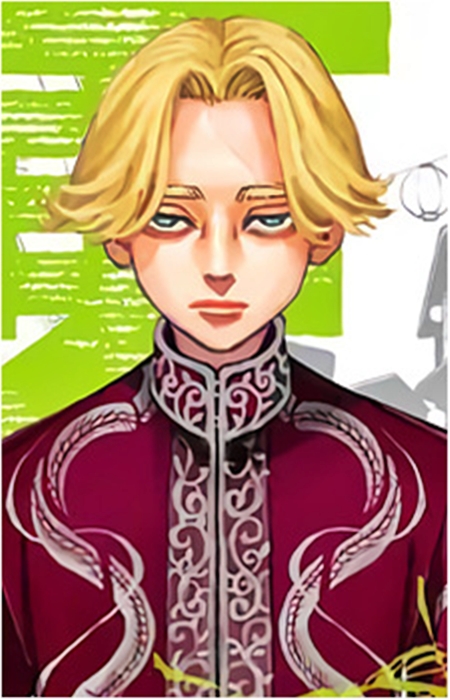 We will discuss more deeply the life story and his struggle to resurrect the Black Dragon gang back, to its heyday as it was led by Shinichiro Sano. The story is based on the manga Tokyo Revengers chapters 105, 143, and 158.

The Life Story of Seishu Inui

Since childhood Inui was a lucky child, he lived with both parents and also an older sister named Akane. He also had a friend since childhood, Hajime Kokonoi. Wherever they go, the three are always together.

One day a fire broke out in Seishu Inui's house, the fire caused by this fire was very large. Until only in a short time able to eliminate and destroy the building of his house. His sister Kokonoi who had just walked a few hundred meters when going to deliver money immediately rushed back to Inui and Akane's house.

But when Kokonoi arrived, Inui and Akane had not yet left the house and were still trapped inside the burning house. Kokonoi realized that if he waited for the firefighters, it would be too late to save them. Finally took the initiative to rush into the house to save Inui and Akane.

Akane is Kokonoi's first love, Akane's face is similar to Shisui's. Kokonoi initially thought the person he saved was Akane. However, after arriving outside it turned out that the one he saved was Seishu Inui.  Then the firefighters arrived and finally managed to save Akane.

But all too late, Akane gets burns all over the body and eventually dies because his family can't pay for the very expensive surgery. While all the property belonging to the Inui family has been consumed by fire. As a result of the fire tragedy, Inui received permanent burns on his face.

Sometime after the tragedy of the fire, Inui feels lonely and Kokonoi also begins to become a delinquent to earn money. Finally, they meet Shinichiro Sano who at that time became the leader of the Black Dragon gang. At that time the gang was in its heyday, Black Dragon managed to control all of Japan. 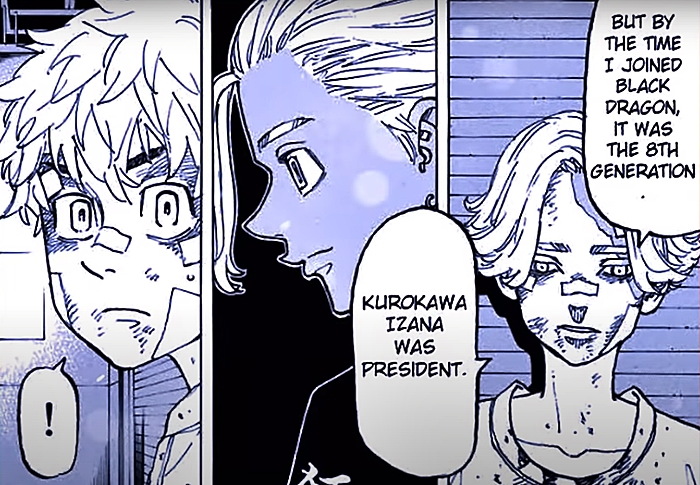 Izana turned the gang into a violent criminal organization. The Black Dragon gang was originally well known but turned into a ruthless gang that unhesitatingly attacked and hurt innocent people. The gang was involved with drug sales, assault, theft, prostitution, and other criminal activities.

Seishu Inui realized that it was all in line with the original principle of the founding of the first generation Black Dragon founder. But as a new member at that time, Inui could not do anything and slowly this actually did evil. 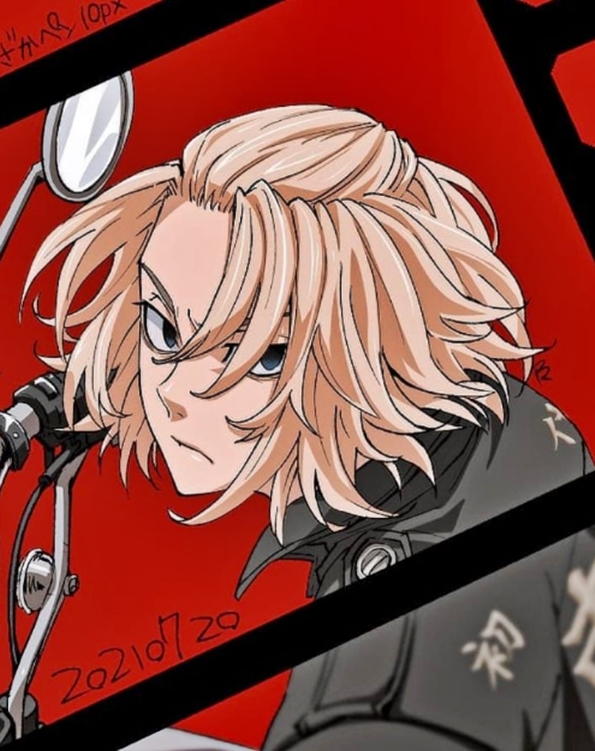 Mikey, the younger brother of Shinichiro Sano, created his own gang, the Tokyo Manji gang. With the initial goal of destroying his brother's Black Dragon gang which is already a criminal gang. Mikey can defeat the Black Dragon in the ninth generation. Shion Madarame eventually disappeared and resigned. Then Seishu Inui panicked because if he didn't do something soon, the Black Dragon gang would be completely wiped out.

At that time Kokonoi returned, he came to help Inui. Kokonoi told me that in his school there was one strongman who was never defeated. He suggests if Inui really wants to resurrect the Black Dragons gang then he needs the strongest fighter from the school. Inui then returned excited and planned to find the person then recruited and made him his men.

Seishu Inui at this time was still very naïve and only thought of restoring the Black Dragon's heyday. Inui finally challenged the person directly, it turned out that the person referred to by this figure was Taiju Shiba. Hearing the challenge from Inui, Taiju Shiba finally served it with pleasure.

But Inui was easily defeated by Taiju Shiba. Inu, who originally wanted to make Taiju his men, offered him the position of Black Dragon's president. Taiju Shiba is willing to resurrect the Black Dragon gang on one condition that Kokonoi must join the Black Dragon. Taiju is aware of kokonoi's extraordinary abilities.

In a short time, Kokonoi managed to make his name very famous throughout the criminal organizations of the underworld. Kokonoi also has the ability to manage finances and the ability to make money is very extraordinary. With this new formation, Inui's plan to resurrect the Black Dragon gang was successful in a short period of time. The Black Dragon gang is again a great gang that is respected throughout Tokyo.

But it is highly sad, the 10th generation Black Dragon gang led by Taiju is still a criminal gang. This gang grew strong and large out of fear of their leader. Not because of a high sense of solidarity or bonding between its members.

Taiju Shiba sends his gang members at a privately owned military training camp. He also leverages kokonoi's connections and relationships with the underworld to get contracts or jobs and make money. 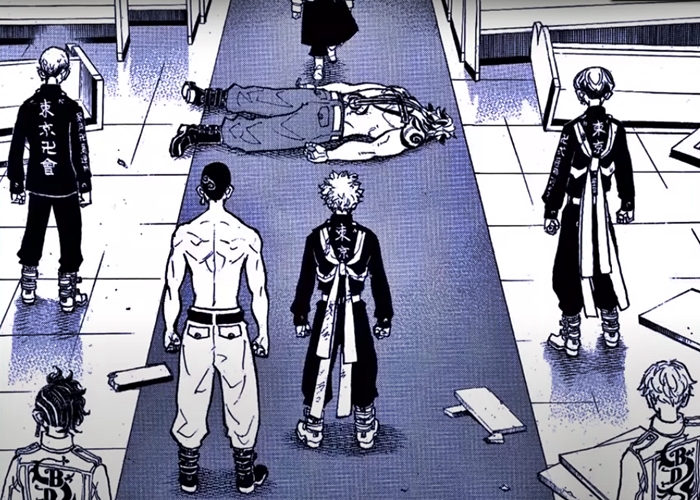 But that all changed on Christmas Eve in 2005, when Takemichi, Chifuyu, Mitsuya, and Hakkai challenged the Black Dragon gang directly. With the aim of resolving the family conflict that occurred between Taiju, Yuzuha, and Hakkai Shiba. Although Takemichi has no chance of winning against Kokonoi and Taiju, Takemichi never gives up and always gets up no matter how much Taiju hits and knocks him out. Takemichi is always able to get back on his feet and fight Taiju.

In this fight, Inui was shocked to see Takemichi. This reminds him of Shinichiro Sano. Although weak and not good at fighting, Shinichiro always stands at the front to protect his friends. Shinichiro and Takemichi never give up and always bounce back to fight back. Because of this fight, Takemichi manages to resuscitate Taiju, Yuzuha, and Hakkai Shiba if the family is everything. At the end of this fight, Taiju finally decides to retire and leave the Black Dragon gang.

Conclusions about Inui in Black Dragon

On Christmas Eve, the Black Dragon gang is defeated and destroyed again. But Seishu Inui has absolutely no regrets, thanks to his confrontation with Takemichi. Inui was resuscitated, reminded of the ideals and principles held by the first generation Black Dragon gang.

In his heart Inui thought, if Takemichi wants to join and lead the Black Dragon gang, then one day Back Dragon can return to being a fun gang.

Well, that's the life story of Seishu Inui, the Eternal vice president of the Black Dragon gang. And the only person who never leaves, and always keeps the gang good the gang intact. Inui is also a person who always tries to maintain the ideals and principles of Shinichiro Sano as well as all the founders of the other first Generation Black Dragon gang.