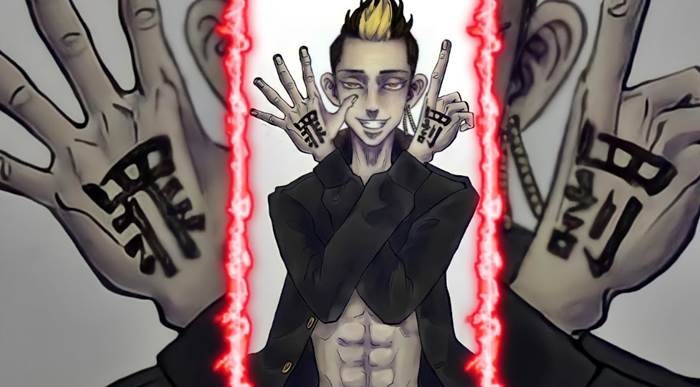 In Tokyo Revengers episode 9 in the hunt for Draken, all attention is on one powerful figure, Shuji Hanma. Hanma can withstand a Nuclear kick from Mikey. Who exactly is Shuji Hanma? 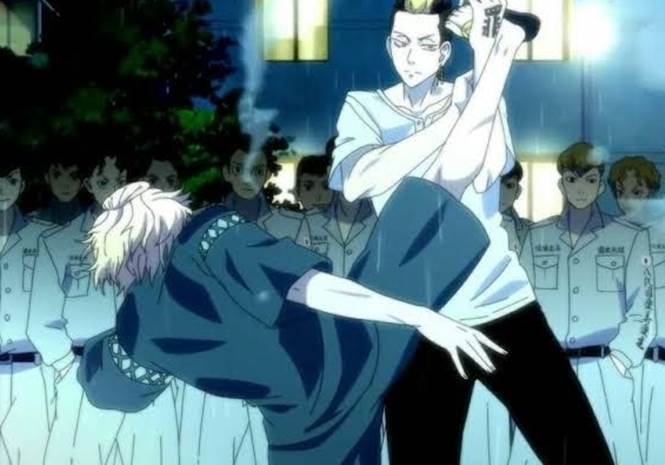 Shuji Hanma is the first enemy to fight a draw with Mikey. Mikey has been given the nickname invisible Mikey because he was never defeated by his enemies, although he only remembered once that nickname, Invisible Mikey was given because Mikey never lost a fight against his enemies. But that doesn't mean Mikey always wins against his enemies. Mikey never loses, but he draws in a fight, which is against Shuji Hanma in a conflict with Mobius. Mikey was completely overwhelmed with Hanma, so the end result was a draw.

In the third series, Hanma has tattoos on both of her hands written in kanji. where on the left, is the kanji character for Sin aka evil. Meanwhile, in the right hand is the kanji character for punishment. In addition to the two unique tattoos on his left and right hands, Hanma's appearance is also striking due to her high height. According to Wikipedia Hanma's height is 192cm.

This means that Hanma is taller than almost any character considered tall in Tokyo Revengers such as Kiyomasa, Osanai, and Draken. The taller character of Hanma is the 198 cm Taiju Shiba, where he is not only tall but also muscular like a giant. Hanma performs her evil act with Kisaki Tetta, but friends, Manga readers should know that Hanma is Kisaki Tetta's most loyal partner in performing her devious act, and the reason he does this is that he's bored all the time. 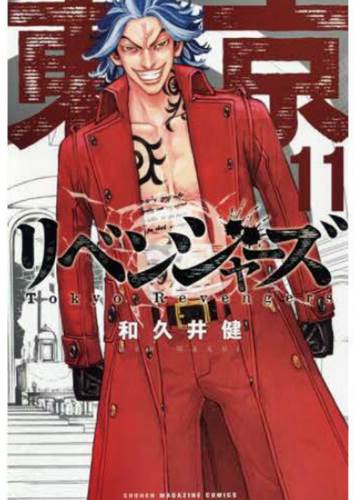 Hanma is a character in Tokyo Revengers who is not attached to anyone. He only does what he wants himself, but in the end, he gets bored with it until he is visited by Kisaki to be offered to be Kisaki's subordinate. In the story, Kisaki uses Hanma to start her cunning plan. Like making Hanma in the Mobius gang as the leader, then making her the second leader in the Valhalla gang. Kisaki also made Hanma captain of the 6th Division toman, the last of which he was a member of Tenjiku.

Hanma is not angry when used as a tool by Kisaki, even he becomes more interested. Kisaki's devious actions can really entertain her boring life as a Zombie because it's so hard for Hanma to defeat. Not only did he survive Mikey's nuclear kick, but Hanma was also able to survive after getting a meteor blow from Draken.

But did you know friends In the past, Hanma was not a Zombie, but a Shinigami aka the god of death? Flashbacks to Hanma and Kisaki. Hanma was already known as the god of death, a bad idea where he was able to Defeat 10 people very easily at that time. I don't know why the pest was nicknamed the god of death Ikebukuro, probably because Hanma often taught delinquency in the area so much that he was feared and considered a god of death. But if you see two tattoos on his hands, which are crime and punishment, then everything would make sense. Because the duty of the god of death is two things, namely committing the crime of murder and giving punishment. 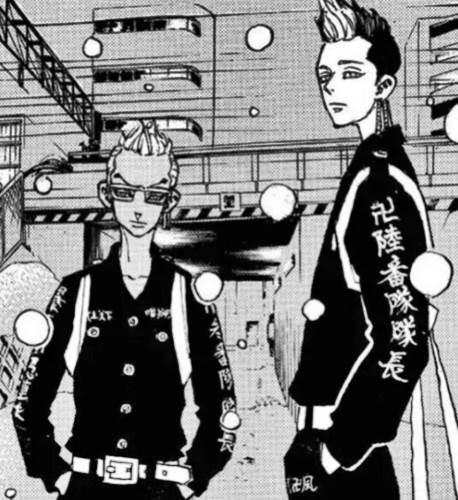 Hanma is also an acting leader in the Valhalla gang. How is this gang symbolized without a head because it does not have a leader aka the leader's chair is left empty? While Kisaki is the leader of Valhalla, who is behind the scenes? Kisaki captained Toman's third division. Both are fleas and parasites.

Kisaki can still manipulate Toman into fighting with the 8th Black Dragon. Hanma doesn't join anything after Kisaki's death. Hanma's life seems boring again, he finally decides to become a fugitive. Tokyo is controlled by three emperor gangs that keep the Tokyo area in balance. Two years after Toman is disbanded and gangs in the Tokyo area fight for power from each other until civil war breaks out between them.

Gangs in the Tokyo area were so intense that the war between Tokyo gangs was like being in the Sengoku era, where many Clans were fighting each other at that time. But after 2 years, Tokyo's condition stabilized again due to the strength of 3 equivalent large alleys. The three gangs control their respective territories. The three gangs are Rokuhara Tandai in Minato, Brahman in Shinjuku, and finally the Kanto Manji (Bonten) gang in Shibuya.

Hanma wasn't in those alleys, then where was he? Will Hanma spark a conflict between the big gangs? Watch the next story about Tokyo Revengers here.