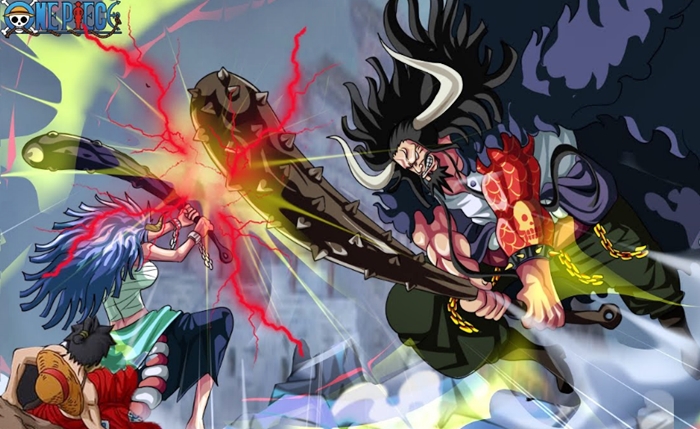 One Piece Chapter 1026 manga gives no sign of a weekly break and this means that for the next chapter One Piece will be released as usual. In the previous chapter, we have seen Luffy and Yamato combo attacks launched on Kaido. As well as the encounter between Momonosuke and Kaido in the form of their giant dragon. Here I will give spoiler One Piece chapter 1026.

What happened in chapter 1026? We will witness a three-on-one fight between Luffy, Yamato, and Momonosuke who will fight Kaido. It's also possible that we'll see Luffy who will increase the power of a high-level Haki King thanks to the help of Yamato. In the one-piece chapter 1026, we still see the continuation of the ongoing fight in Onigashima. The main focus of this fight is on the roof of Onigashima castle which will show a three-on-one fight namely Luffy, Yamato, and Momo who will fight Kaido.

The three of them seem to be going to carry out an attack together Momonosuke seems to harbor a considerable sense of anger and resentment towards Kaido. At this moment did momo have the courage to attack Kaido? Because currently Momonosuke also has the same dragon form as Kaido. It is possible that Momo also has the same ability as Kaido's dragon.

Meanwhile, Luffy and Yamato had been preparing to carry out an attack on Kaido. Yamato told Luffy that the usual Haoshoku Haki attack would not affect Kaido who had a very hard body. Then Luffy said that he already knew about it. No matter how hard a person's body is, if constantly surely his defenses will collapse. I won't lose again this time.

Then Yamato warned Luffy not to be rash and had to think of a plan to defeat Kaido. Otherwise, the three of us will die in vain here. 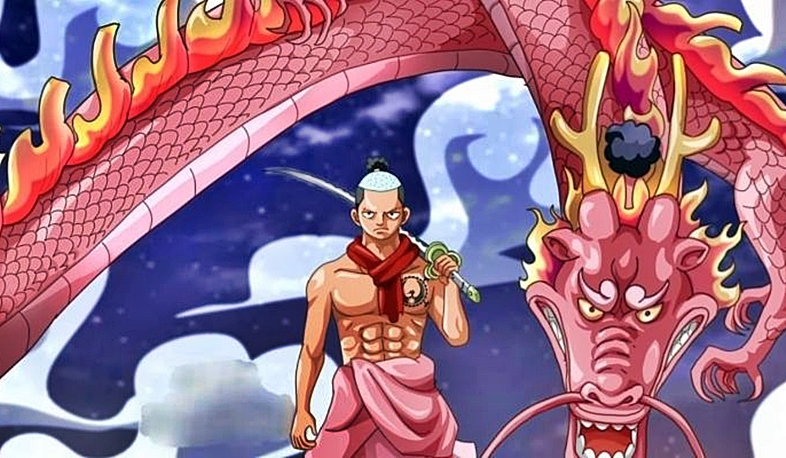 Meanwhile, Kaido who was flying in his dragon mode directly attacked Momo who was nearby. Momonosuke then restrained Kaido's attack with fear. Although at the beginning of her meeting with Kaido, Momo looks very brave. But he was still a little scared of a Kaido because momo's soul was still like a child.

But Momonosuke's mission is not actually going to fight Kaido, the mission is to deliver Luffy to Onigashima's roof to fight Kaido. Momo has a very important mission that is to protect the inhabitants of the flower capital from the island of Onigashima which will fall in a moment.

With her dragon form, Momonosuke will definitely use the power of the fairground or fire clouds just like the power possessed by Kaido. Useful to prevent or hold the island of Onigashima that will fall upon the capital of flowers.

In this chapter, it seemed like Momo's strength was needed during the war this time around. Momonosuke is expected to save everyone in the flower capital.

Luffy and Yamato against Kaido 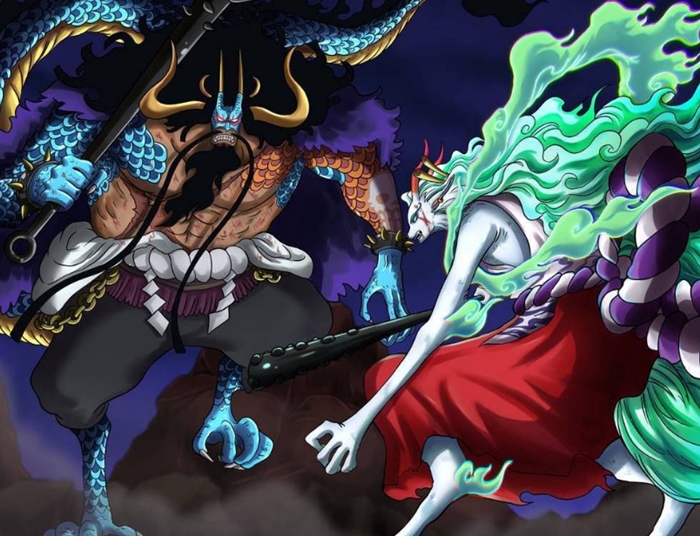 Meanwhile, this One Piece chapter 1026 will focus a little on Luffy as well as Yamato. Luffy and Yamato have previously come face to face with Kaido. They have also felt beaten by Kaido. Therefore, the two of them would join forces and attack Kaido together. But before starting the attack, Yamato would talk to Luffy about how to use the power of high-level Haoshoku Haki. Who can hit the enemy without touching him well?

In several previous One Piece chapters, Luffy has successfully used the power of Haoshoku Haki of that level and managed to get the gift cornered. However, it seems Luffy still can't use his power perfectly. Yamato will likely give Luffy a bit of a theory, how to use it.

Yamato then prepared to lift and lift Kanabo who let out an enormous black lightning bolt. Then he jumped straight up and hit Kaido's body very badly, but it seemed like the attack still couldn't subvert Kaido. Luffy who saw the attack said that the blow was almost similar to the blow he had given Kaido, it's just that Yamato's effect and attack power were stronger.

Yamato then explained to Luffy that if Haoshoku Haki's power was focused or gathered and then streamed to a single point of attack or weapon, it would have a greater black lightning effect. If it is hit at the enemy, it will cause a powerful crushing power. After hearing the explanation from Yamato, Luffy immediately understood Yamato's explanation earlier and then immediately practiced it.

Yamato had already prepared and let out a considerable black lightning bolt. Kaido who saw the power of Haoshoku Haki two them immediately smiled and flew to attack them.

Conclusions from One Piece Chapter 1026