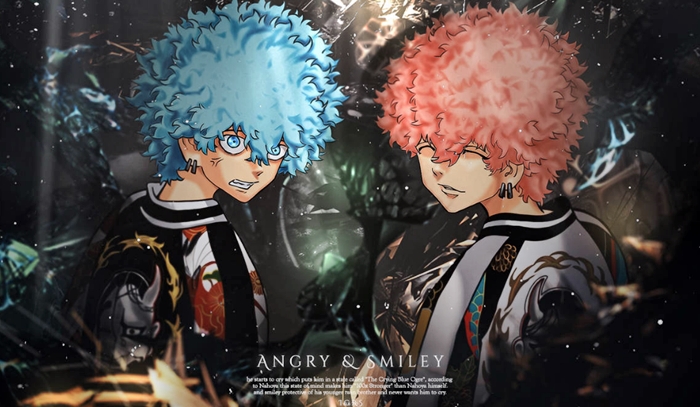 This time we will talk about Tokyo revengers, about smiley and angry characters. They are both twin brothers who have peach-colored and blue afro hair. Smile is the fourth division head of the Tokyo manji gang, while Angry is his vice-captain.

They're twin brothers who previously had their own gang. Their previous gang name was the Twin Devils. Smiley and Angry are characters that are not shown too much. They first appeared at the time that Tokyo manji held a gathering in the 5th episode of the anime series Tokyo Revengers. During the meeting discussed their feud with the Mobius gang. Next, they will appear when fighting the Tenjiku gang. 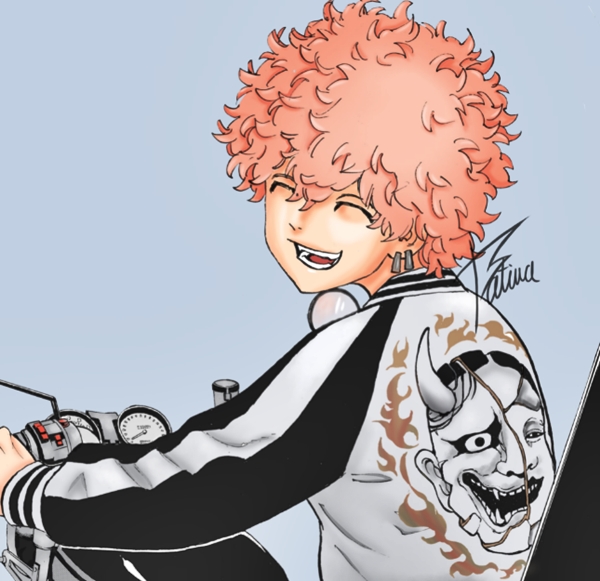 We start with Smiley, his real name is Nahoya Kawata. She has slightly afro hair and her color is peach. Nahoya Kawata has a height of about 170 cm and weighs about 56 kg, he has blood type B. As an older brother, Smiley has always been protective of his twin sister. She didn't want her sister to cry.

Nahoya Kawata aka smiley also always enjoys the fight. He was always smiling while hitting the opponent he was facing. Smiley has talent as a boxer, so he always fights his enemies with his fist. Smiley is always loyal to his friends, but if his brother is bullied he comes forward.

Smiley has great respect for Mikey, as evidenced when Takemichi hits Kisaki Tetta while being sworn in as toman's 3rd division chairman. Smiley along with the other division heads came forward to stop Takemichi. This is done because he thinks Takemichi does not respect Mikey's decision. 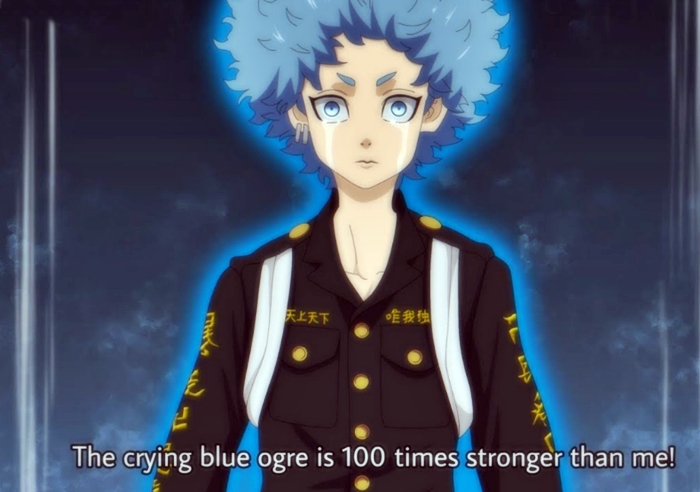 Next up is Angry, his real name is Souya Kawata. She has hair like her brother but different colors. Angry has light blue hair. He has a height of 170 cm and weighs 56 kg. He has blood type B.

Angry always put on an angry expression, until his veins poked out. But despite Souya Kawata's appearance like that, he cared deeply about his friends. He always wanted to protect and support his friends. Even Angry can be said to be too good.

Unlike her brother, when she was in a cold nature. In regular mode, Angry has above-average fighting abilities. But he was still weak compared to Smiley. When in crying mode, Souya Kawata's strength was 100 times stronger than Nahoya Kawata's. He was able to finish off about 10 people who were older than him while they were still in elementary school. The strongest mode used by Angry is The Crying Blue Ogre.

In The Crying Blue Ogre mode, Angry can defeat the Haitani Brothers, Kanji Mochizuki and Yasuhiro Muto the former head of the Toman gang's 5th division. He did it very quickly, even the injury to his leg back then didn't seem to be an obstacle to doing so. Angry becomes the savior of the Toman gang from defeat when fighting the Tenjiku gang. He is also known as the Dark Horse in the Tokyo Manji gang.

In the past, the Twin Devils gang always lost when fighting the Jugem gang led by Kanji Mochizuki who is now a member of the Tenjiku gang. This was the reason why they later joined the Toman gang. By the time they were both in the Bontern gang, they had a ramen business.

In chapter 211 of Tokyo Revengers, Smiley and Angry are yet to be seen. Maybe it's because they're separated from Takemichi and his friends. However, they were one of the last people to see Mikey when he disappeared. At that time they inform Takemichi that Mikey is in the Bonten gang. Takemichi was eating at Angry and Smiley's ramen shop.

That's a little story about the Twin Devils, they are both cool but mysterious characters. For more information we will discuss it soon, thank you.