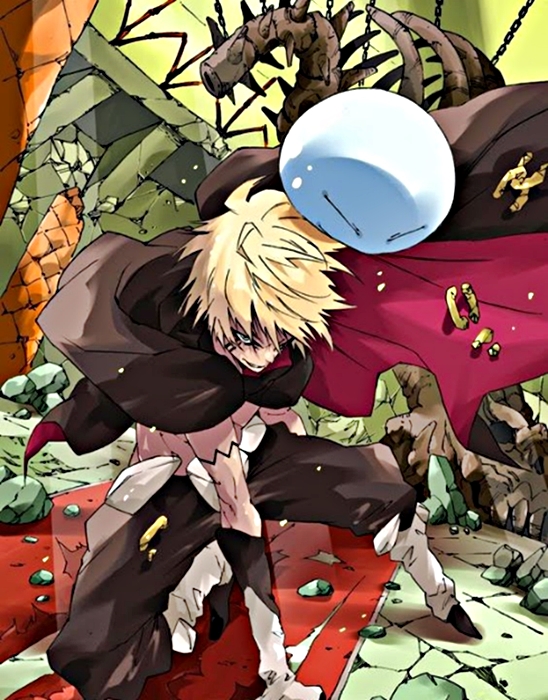 Veldora was the youngest True Dragon among the other four dragons. He was an immortal being formed from pure energy. Veldora was one of the highest level spiritual life forms, as long as her soul wasn't destroyed Veldora wouldn't be able to die.

300 years ago due to a certain incident, he destroyed the Kingdom belonging to the demon lord Luminous. Veldora is sealed by the hero using Infinite Prison. After being sealed for hundreds of years in the cave, Veldora was bored. But he doesn't seem to regret his actions.

Then came Rimuru, and finally they became brothers and gave each other names. Rimuru Tempet has plans to free Veldora. After Veldora agrees, Rimuru swallows Infinite Prison, and Veldora analyzes the prison. While in Rimuru's stomach, Veldora tends to read manga that comes from Rimuru's mind. He thought of manga as scripture. 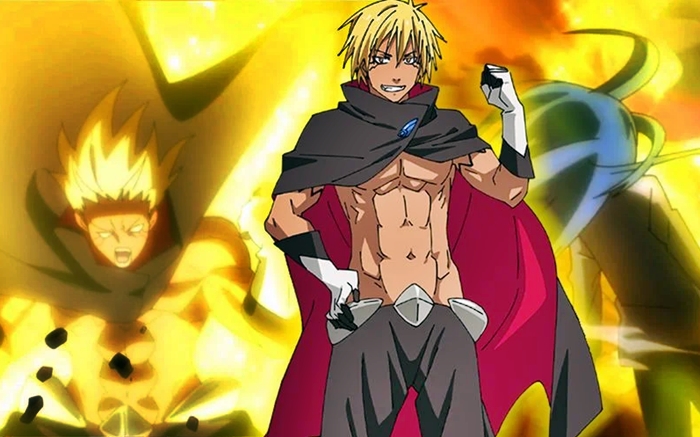 After Rimuru evolved into a demon king, Veldora was free as Rimuru's Great Sage skill evolved into Wisdom King Rafael. As Rimuru's skill evolved, the speed to analyze increased and Veldora could finally be released from Infinite Prison. What Rimuru liberated was not Veldora's physical body, but rather her spiritual dust. Because Veldora has no physical form, Rimuru then gives her a body so that Veldora can do her activities.

Veldora has no gender because her body is from the Rimuru Clone. In her human form, Veldora is 2 meters tall with blonde hair and a masculine face. At first, Veldora was very evil, arrogant, and also liked to run amok. But after coming out of Rimuru's body, he became more patient, kind, and didn't waste his magic energy anymore while fighting.

Nature may change because it is inspired by characters in anime and manga. Veldora has two sisters, Velzard and Velgrynd. His two brothers had always educated Veldora harshly and sometimes tortured him. Although Velgrynd looks rude and likes to torture Veldora, he actually loves his little brother very much. 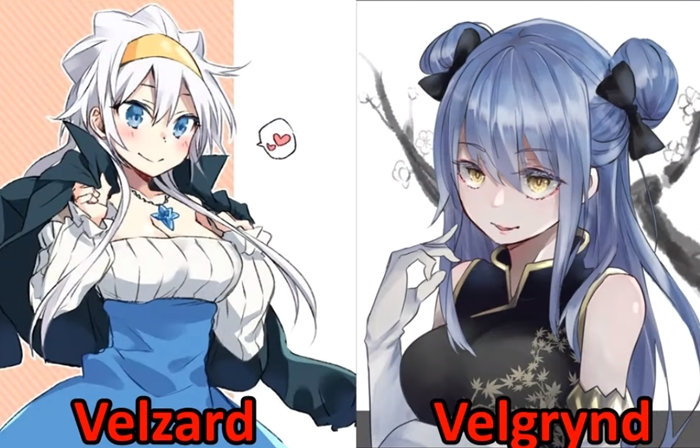 Velgrynd and Veldora often fought until the environment around them turned into volcanic soil due to the effects of their fight. Then Velzard his eldest brother always cleaned the results of their deeds by freezing them.

Although Veldora was afraid of Velgrynd, she was more afraid of her eldest brother, Velzard. Velzard often killed Veldora until she reincarnated and was then killed again when she made a mess. Therefore, Veldora was very happy to stay with Rimuru. Because even if he makes a mistake, Rimuru will correct him without having to torture or kill him.

Now we will discuss all the skills possessed by Veldora Tempest. Here are some of the great skills he has:

The Black Lightning skill was a black lightning strike strong enough to make the target evaporate.

The Storm of Destruction skill had the effect of bringing up many tornadoes along with lightning.

This skill has the combined abilities of the Stromp of Destruction and Black Lightning. The skill can create large black storm balls and small balls made of lightning. This attack left the enemy torn apart by a ball of wind and a ball of lightning.

The Storm Blast skill has the ability to eject invisible waves at high speed to attack targets.

Soul Corridor skills were created between Veldora and Rimuru. This ability made Veldora's memories accumulate to Rimuru. So as long as Rimuru is there, Veldora won't die. This ability can also be used to share skills and also share energy.

This skill created vibrations that turned into high-frequency sword blades.

His ability to use the opponent's body as a core to cover the entire area in the darkness by using his opponent's energy. Veldora can accelerate the growth of nature and restore the soil back to its state before it is destroyed. So with this skill, his enemies would be sucked into the ground and create a huge forest.

By using her aura, Veldora was able to erase the existence of the person she chose.

After Veldora was released from Infinite Prison, her skill unit evolved into Ultimate Skill Investigation King Faust. This ultimate skill makes Veldora able to analyze and understand the phenomena of the world. This skill can also provide a warning when Veldora is in a dangerous situation. Because of this Ultimate skill, Veldora became more patient and cautious in the fight.

Furthermore, Ultimate Skill Investigation King Faust would evolve again into the Ultimate Skill Chaos King Nyarlathotep. This Ultimate skill has the ability to analyze better and faster. It can also create layered Clone Barriers, manipulating space and time. This skill can also manipulate probabilities or change any possibility. With the Existence Probability Fluctuation ability, Veldora could also exchange places with her clone to avoid attacks.

Storm Dragon Veldora Tempest is the best friend of Rimuru Tempest. Veldora is also the guardian god in the Jura forest. He was one of the 4 True Dragons who are immortal beings. Veldora is locked up in Infinite Prison, then later released by Rimuru. After being free, Veldora then became a friend of the subordinates who were very loyal to Rimuru. He was a legendary dragon who was feared as well as possessing extremely powerful strength.