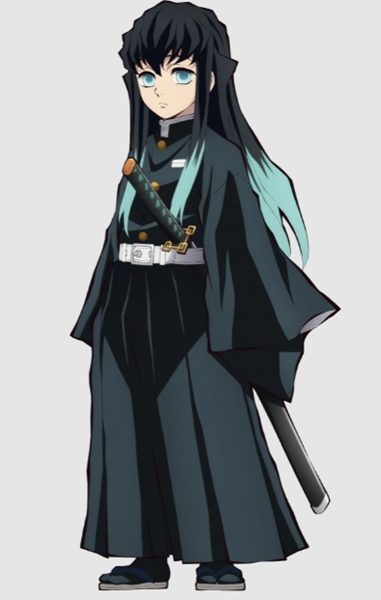 He looked like a child in his teens wearing a black demon hunter's shirt without Haori and his shirt was rather oversized. The long straight black hair was somewhat wavy and the ends of her hair were Tosca green, her eyes were turquoise with blank and innocent stares. Muichiro Tokito is the youngest Pillar in the 9 members of Hashira. He is 14 years old and weighs 54 kg with a height of 160 cm.

Appearances in the Demon Slayer Kimetsu no Yaiba episode 21 anime and in the manga are in 44th place during the gathering of all Hashira members for the first time. His personality is indifferent and often speaks arbitrarily, actually, Tokito lost his memory in a moment in the past. Tokito regains his memories when the story of the Attack of the Forging Village by the Upper Moon Devil, unleashes his true potential after getting his memories back. 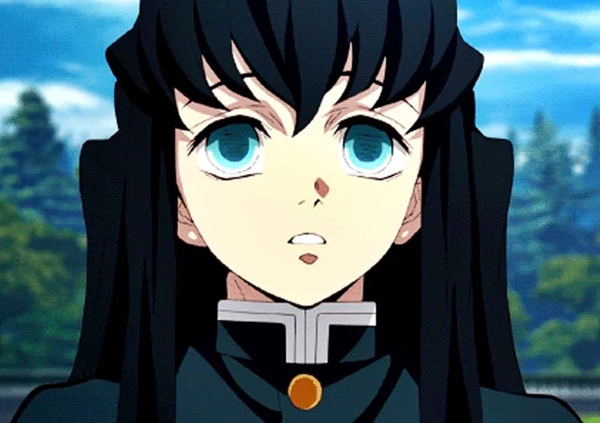 Muichiro Tokito is the descendant of one of the first respiratory wielding swordsmen in the Sengoku era, known to be a descendant of Kokushibo (Tsugikuni family) a member of the Upper 1st Moon demon.

Muichiro Tokito's abilities are recognized by all the other Hashira members as geniuses. Tengen Uzui the Pillar of Voice mentioned that there are 2 people whose strength is not normal among all Hashira members, 2 people only took 3 months to become Hashira or Pilar one of those people is Muichiro Tokito. 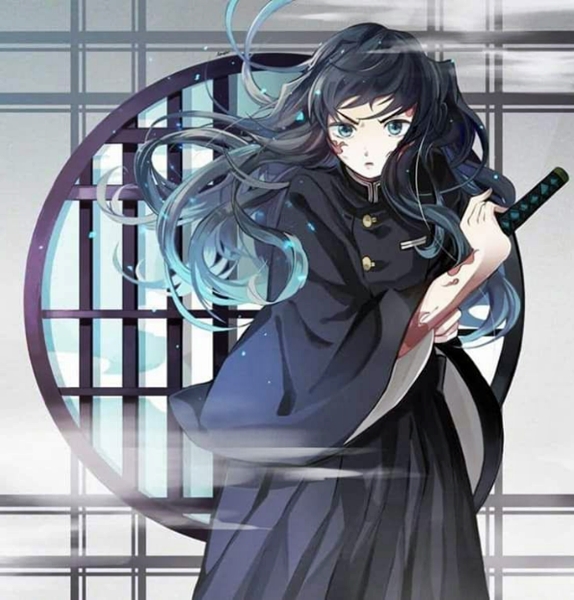 Using fog breathing with 7 variations of moves, the fog breathing of the seventh movement thin fog was Tokito's strongest move when fighting Gyokko's upper moon rank 5 or upper five moons. Tokito is the second person who is able to awaken the "Sign" to increase strength, the first person to awaken the Mark or *Mark* is Tanjiro Kamado.

Mu on the name Muichiro has the meaning of "Infinite", this is a glimpse of information about Muichiro Tokito the Pillar of Fog one of the members of the 9 characters Hashira anime and manga Kimetsu No Yaiba Koyoharu Gotoge.