Being a demon is not what we all want in the context of the anime Demon Slayer Kimetsu no Yaiba. The devil is a very disgusting creature and brings disaster to people who want to live quietly without interference from this devil himself. Likewise in the life of the Kamado family, who ended up experiencing a very sad disaster. Especially the existence of the Nezuko and the Tanjiro family. But what would happen if this demon didn't become a full demon.

This is Nezuko Kamado, a demon and the younger brother of Tanjiro Komando who was cursed to become a Devil. Cursed by the demon Muzan who can transform into a devil who is ready to eradicate humans. But what happened. Nezuko does not completely prey on humans, instead, she helps humanity to survive in the midst of a crisis of demons that prey on humans. Nezuko is one of the many characters in the world of Kimetsu no Yaiba who is a demon with a human heart. Characters that are appropriate for you to make Waifu.

Who is Nezuko Kamado?

Nezuko Komando is the younger sister of Tanjiro Komando and is a woman who was cursed to become a devil by the Demon Lord Muzan. But this Nezuko is a good devil and doesn't want to prey on humans. Because Nezuko himself is a demon who can respect one's humanity and fight for humanity. Specifically exterminating demons and fighting demons and joining the demon Slayer with Tanjiro. But what is the specialty of this Nezuko? 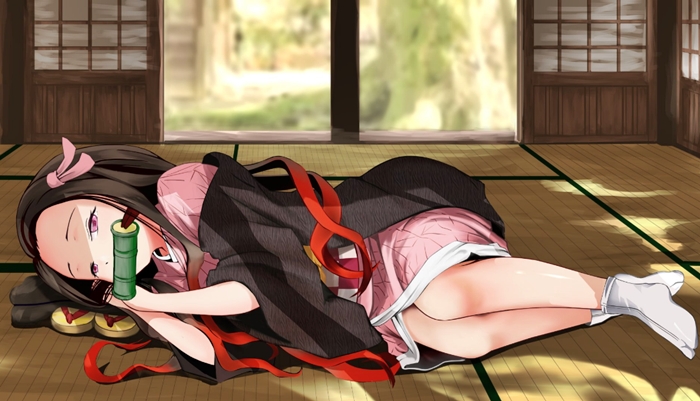 What is interesting in Nezuko's strengths?

Nezuko after all is a girl who has a really amazing cuteness. You could say a girl who has a level of cuteness that exceeds the general girls that I might know. The appearance is quite tempting, plus the very distinctive pink dress is the uniqueness that should be maintained from this Nezuko. Appearance with light white skin, and unique pink hair.

The kindness possessed by the Nezuko itself has imprinted so closely in his life. It can even be said that the goodness that she has and worked on in his life has left a deep imprint. The kindness done by Nezuko in the past has brought him to know more deeply about the existing life. So this kindness is a plus that Nezuko has that we have ever known. So it keeps a track record and a strong memory of humanity.

Even though in Devil mode, Nezuko himself still has memories that are in his humanity mode. Among other things, memories that remind themselves of the human life that is in them. A past life in humanity mode has led Nezuko to care more about humans and fight the demons that have taken over her family. Memories of his family have made Nezuko really care about the people around her.

As a woman in Devil mode. Nezuko has a very tough fighting style and is not afraid of anything when she fights. She himself had developed an extremely strong will to eat neither human flesh nor blood. Shee with a strong determination to protect the people they love. This is a very tough fighter to have in the personality of Nezuko Komando.

Most of Nezuko's actions are very funny and hilarious. This is what makes another advantage that is always remembered from Nezuko's personality. 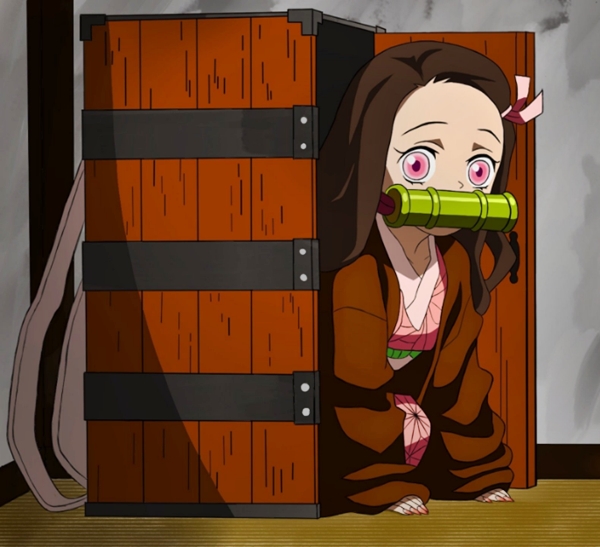 What are the weaknesses of Nezuko Kamado?

The very heroic actions taken by Nezuko himself are sometimes not matched by the actions she has. The cage of the Nezuko itself was careless about his actions even almost costing his life. This is indeed not good for us to know his carelessness. But Nezuko's heroic actions deserve praise. Kudos for Nezuko's bravery.

It was when Nezuko herself was moving here and there. The communication language built by Nezuko is indeed very difficult for most people to understand. Especially people who don't know Nezuko's personality deeply. The difficulty in understanding Nezuko here is communicating with Nezuko. Because Nezuko herself can't speak much at the same time using body language, it's no wonder it's hard to translate. 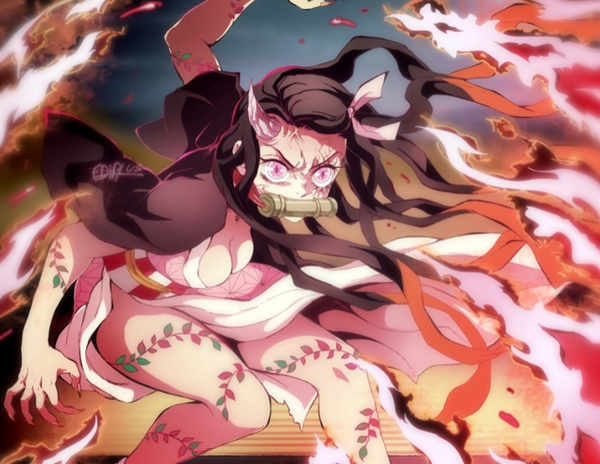 Nezuko in the Demon Slayer anime is a demon as well as a cute girl full of struggles. In his struggle to maintain the remaining humanity in Nezuko's personality is not easy. Especially the people around him. Because Nezuko was already in her Devil mode. However, with determination and love, as well as a strong concern, Nezuko has. Nezuko has struggled to defend her humanity and has finally become a strong and loving Devil. Do you guys really like Nezuko?
Next Post Previous Post
Demon Slayer,Kimetsu no Yaiba