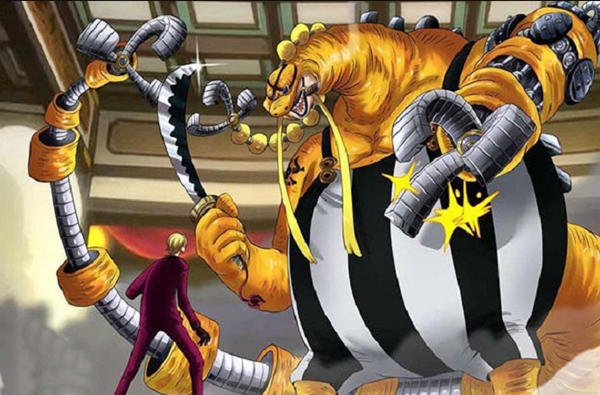 We're going to talk about One Piece 1029. The thing that happened at the end of the chapter, Sanji suddenly gave rise to great abilities with super great recovery and physical strength that is like steel.

The bones in Sanji's broken body after receiving a brachio snake coil attack from the Plague Queen were able to recover quickly and instantly. Queen said that no one can escape the winding of the ratio. Even if you use busoshoku haki. Queen said that no one had survived the attack. But Sanji spied on the Queen's statement. Sanji survived because of his superhuman recovery. Then the question arises, what power is it? One Piece 1029.

Sanji actually has the same powers as his brothers in Germa. But Sanji's power didn't appear as a child, in fact, he was considered a failed product by his father. The possibility of Sanji's strength as a child did not appear because his mother was influenced by the drugs he consumed. So that makes the ability that Sanji has been suppressed to the lowest point. Furthermore, after Sanji's adventure as a member of the straw hat pirates, the original power of Sanji begins to rise. This power can be called Awakening Sanji.

Sanji's strength that had been suppressed to the lowest point finally began to appear. It may also be influenced by the use of Raid suits with the abilities it already has. The other thing that makes Sanji special is that he is able to bring out abilities ranging from super-fast recovery and immunity or hardness of his body. Sanji's hard body can break the Queen's sword when slashing her neck.

Moreover, Sanji was also able to let out a fire kick that made the Queen wonder, Why would an ordinary human be able to create fire? Whereas he wasn't a user of the demonic fruit power that could create fire? Or someone from the Lunaria race?

In SBS, Oda Sensei once talked about Sanji's origins. Oda said that Sanji's feet were not burning, instead, his heart was burning. He said Sanji had a dark past and discussed Sanji's relationship with the Lunarian race or the same race as King.

Sanji Descendants of the Sky Race or Lunarian

Some theories suggest that Sanji is descended from the sky race or Lunaria. However, there are some puzzles that indirectly show if Sanji is indeed connected to the sky race or Lunaria race. Sanji's mother named Sora in Japanese Sora is the sky and Vinsmoke Judge fans once crossed the Red Line. Most likely the place was once inhabited by a Lunarian race.

In one of the One Piece chapters, it is mentioned that Rasking or Lunarian race is a race that lives on the Red Line. Then Nico Robin also says that Sanji is the wings of the pirate king. The word wing here describes the average inhabitants of the sky who have wings. Then the question arises why sora does not have wings? Perhaps Sora or Mother Sanji deliberately removed or removed her wings to cover her identity. 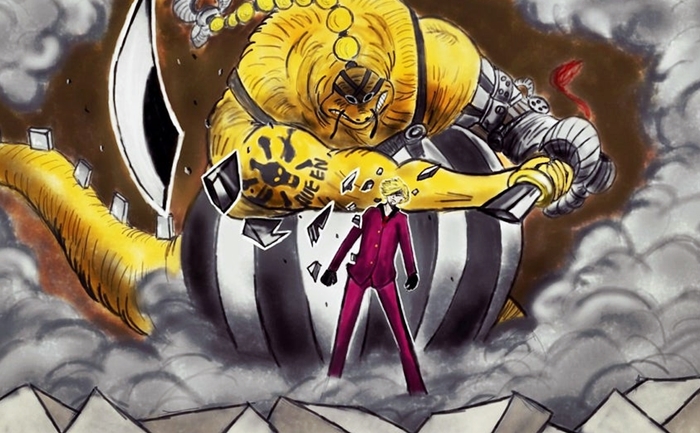 Sanji is said to be a failed product by his father, as he does not have superhuman abilities like his siblings as children. But Sanji can develop his strength, by practicing and honing his skills. Unlike his brothers who depend on super bodies and Reed switches from his father's creation.

Thanks to the training he did Sanji became very strong. Sanji is the strongest Rerma Knight and is one of the strongest crews in the straw hat pirate group. Sanji is a smart person, he has a high fighting speed. In addition to having a fire kick, Sanji also has a hard body like a diamond.

Sanji has a hard body, is he also able to withstand the slash from Zoro's sword? That's a little bit about One Piece Chapter 1029.