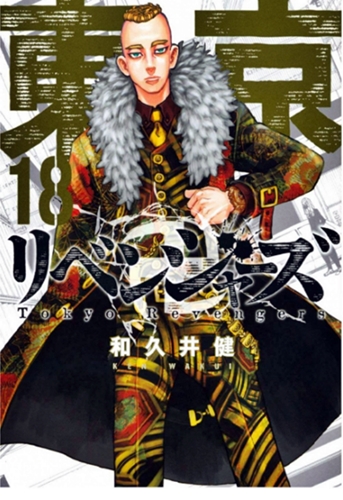 Yasuhiro Muto or Mucho is the Captain of the 5th Division of The Manji. He has a representative in the 5th division named Haruchiyo Sanzu. In The Toman gang, Mikey chooses him to be the strongest of all division captains in Toman. Division 5 Toman is a special division or special unit that is allowed to interrogate other members. So that they can punish anyone who betrays without the consent of Mikey President Toman. Division 5 Toman is made as a disciplinary committee.

Mucho was born in generation s62 or in other words, was born in 1987. This generation has some of the worst mischiefs that are very brutal and dangerous. Mucho met his teenage friends when he was 13 years old. They are Izana Kurokawa, Kanji Mochizuki, Ran Haitani, and Rindo Haitani who are known as the worst generation. They've all been imprisoned in juvenile prisons. Mucho was jailed in juvenile prison for a violent case. At that time Mucho slammed him into the concrete until the person he attacked suffered a fractured spine and was paralyzed.

In terms of appearance, Mucho has a height of 195 cm with a weight of 85 kg. This indicates that Mucho's posture is above average due to his large and muscular body structure. He first appears during Mobius' encounter with the Tokyo manji gang. Mucho was wearing a black jacket and gold-carved trousers with boots. When he became a member of Tenjiku, Mucho wore Tenjiku's executive uniform. The uniform is a red jacket, has a black stripe as well as a Tenjiku symbol on the back. In all appearances, Mucho has blonde hair with turquoise-colored eyes. 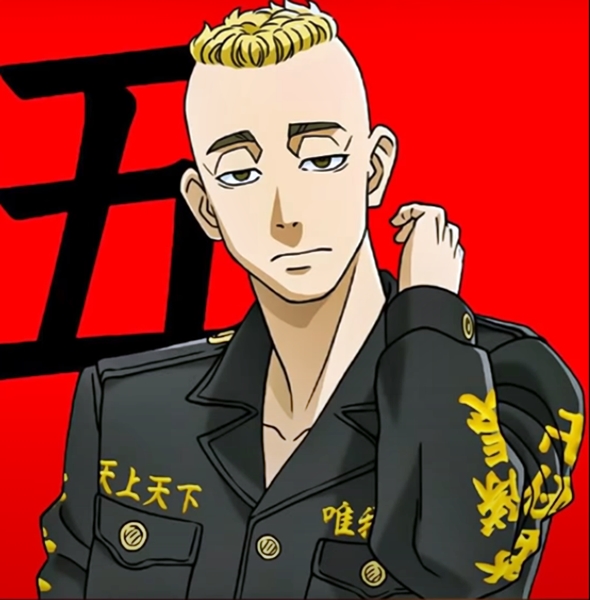 From his personality, Mucho is known as a very loud and sadistic person. He had incredible physical strength, he easily lifted opponents above his head or threw them against him. He was very cruel but respected, he was willing to hurt anyone in order to achieve his goal. It also made Mucho a traitor.

Although he was a traitor, Mucho actually had strong feelings when it came to loyalty. Mucho joins Tenjiku, he swears allegiance to Izana along with his friends who enter the generation s62. Mucho had a lot of respect for Izana, as he was someone he considered king. Mucho left Toman because he wanted to be with Izana. From this, we can conclude that Mucho is a person who is very loyal to Izana. Mucho didn't choose Mikey because Izana was the one he knew first.

In the 5th Division of Toman, Mucho has a representative named Haruchiyo Sanzu. He taught Sanzu some good things. Mucho once made a mask to cover the wounds on Sanzu's face. This makes their relationship like a brother. Even Sanzu became mucho's trusted right-hand man. He remained loyal even though Mucho had betrayed Toman. When the two kidnapped Kokonoi, Inui, and before the Toman versus Tenjiku incident.

Mucho doesn't force others to always follow his wishes. It is affected when Mucho frees Sanzu to choose his own way of life. But Sanzu still wants to be with him and make Mucho the person he belongs to. But in the end, Sanzu viciously slashed Mucho's neck to death. 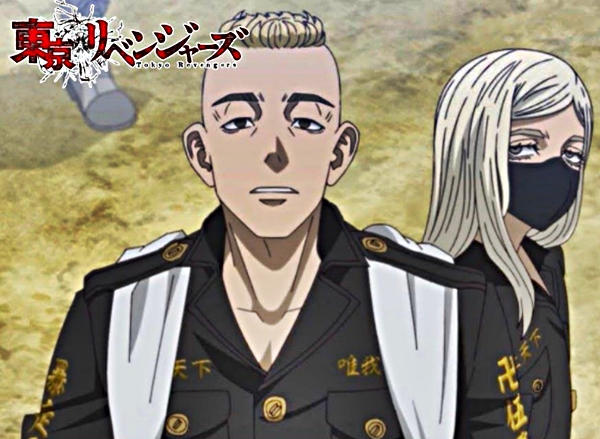 Since the age of 13 Yasuhiro Muto's fighting ability has been demonstrated. He has the knowledge of Judo to compliment his monstrous muscular frame and strength. That was the reason he got into the juvenile prison, he easily broke his opponent's spine. As the captain of the 5th Division Toman, he appeared in several important fights. Like during the battle against Mobius and Valhalla. He shows up with the rest of the Toman gang to support Mikey and Draken to fight Mobius. There Mucho says that he doesn't like internal conflicts, but he has the passion to fight against other gangs.

When Toman versus Valhalla, he can fight the enemy in an instant when he is attacked. There Mucho along with his division should be recognized as the strongest division as well as the division of spy destruction in the Toman gang. While fighting Mucho was known to be extremely ruthless, he could easily injure others just to achieve his goal.

When Mucho betrays Toman, he captures Kokonoi, Inui, and Takemichi before he becomes a member of Tenjiku. They are battered and held hostage by Mucho. After he managed to become a member of Tenjiku there mucho's fighting ability was shown in the Tenjiku versus toman fight.  Mucho easily fought back and defeated Inui. He lifted Inui's body then slammed it to the ground. Lifting an opponent upon his head becomes an advantage he has, as he is trained in Judo and has the great fighting ability. But Angry appears with the Blue Ogre and beats Mucho to the ground. But Mucho tries to get back up because the spirit in him starts to burn. He then holds a knife to take revenge on Angry. But Mucho's resistance was stopped by Kakucho Hito.

After the completion of his prison term for being involved in Izana's death, Mucho is welcomed back by Sanzu. Sanzu congratulated him and called him a traitor. Then Sanzu killed Mucho as punishment for betraying Mikey. Mucho's body was filled with blood, and that's when Mucho's death.

That's a bit of an informant regarding Mucho Tokyo Revengers, he is the strongest man of all toman division captains. Mucho's real name is Yasuhiro Muto. He is one of the s62 generation known to be very cruel. Mucho admired Izana a lot, which made him betray Toman. Mucho died because he was killed by his own division representative, Haruchiyo Sanzu.