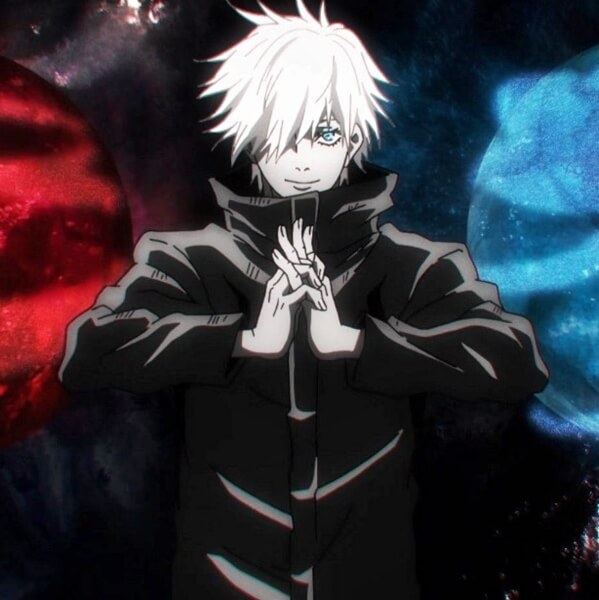 Satoru Gojo is the strongest character in the Jujutsu Kaisen anime. He is one of the coolest anime characters ever created. But what makes the character so interesting? Gojo has his unimaginable powers and a fantastic sense of humor. But there's a tragic irony behind it. Who is Satoru Gojo? What does it mean to be the strongest? What was really going on behind Satoru Gojo's cold, clear eyes? And why did he cover it up?

Gojo is one of the most influential characters in JuJutsu Kaisen. He was the strongest user of curses. Gojo is the pinnacle of the world of JuJutsu. Gojo's fighting style and the respect and fear he enjoyed. Gojo has a very relaxed and childish personality, which is soon replaced by pure strength and authority when his patience is tested. He is the type of character who almost alone holds the balance in the world. 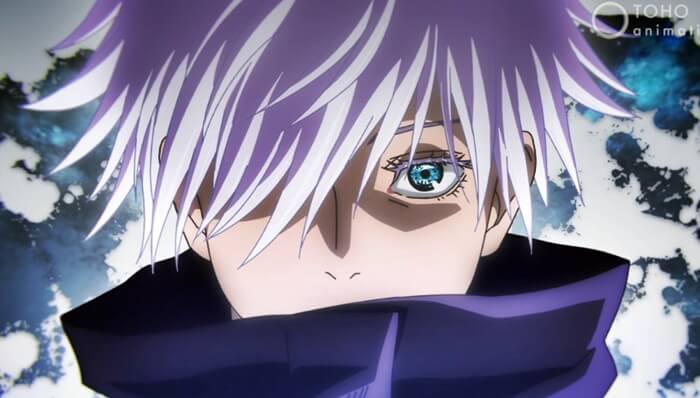 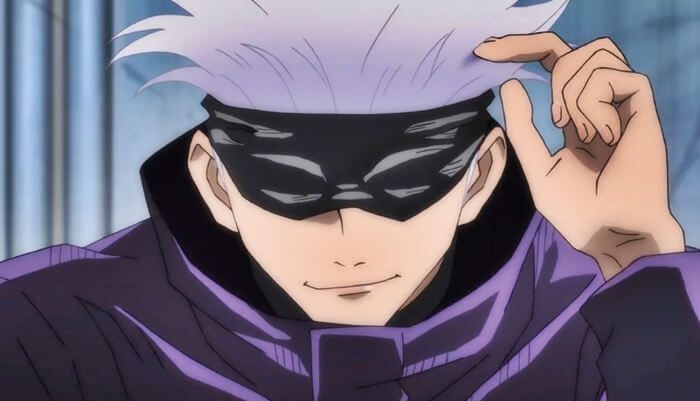 Since his first appearance, Satoru has shown how strong he is. In fact, he can easily defeat sukuna at the beginning of the episode, although at that time sukuna is not perfect.  He was able to create an infinite expansion domain that kept his opponent from doing anything after entering it.

2. Have intelligence and speed

The power he had was increasingly prominent because of other talents within him. Talking about intelligence and strength is important when fighting curses. And he has those two important things. He can read the opponent's attack so that it is easier to fight and excel. Plus the incredible speed he has is very helpful in dealing with curses that the average has fast movement when fighting.

3. Have a great curse

This one witch had so many advantages that it had a nickname as the strongest. Another advantage that he had was the great curse ability. So strong and proficient, Satoru Gojo is able to combine negative and positive energy simultaneously. He was the only magician who could control the two energies.

4. Have a limitless technique

This one power is obtained from the legacy of the Gojo family, aka hereditary. This one power is closely related to space. This makes it possible to manipulate space very precisely. But the details of the force have not been explained in too much detail.

Gojo also has infinity power where it can slow down various things. These powers make it easier to defeat the evil curses and make them the most feared figures. It could be said that the power he had was overpowering.

6. Gojo Has the Six Eyes

Gojo is the only witch who has the power of the six eyes. But it is not yet known exactly how this power will be shown and how strong the impact will be for the enemy.

7. More concerned with the next generation

In contrast to the elders who seemed colossal, Saturo Gojo cared deeply about the successor. He even cares so much about his protégé. Not infrequently trained quite extreme but also protected very well. There are some children who he thinks have the potential to become great magicians like him. Gojo believes that Itadori is one of them!

8. Have a unique personality

Although dubbed as the strongest character, but he is not always serious. Satoru Gojo not only likes to tease his students but even Utahime is also always teased. Does Gojo have anything special to do with Utahime? His behavior invited laughter. Already strong and humorous, how this one character is not liked if he has a perfect character. Even Shonen Jump announced that Satoru is one of the three most popular characters in the opinion trail conducted by fans.

9. Gojo comes from a large Clan

Satoru Gojo comes from 3 great mage clans or can be called "The BigThree Sorcerer Family". The clan is Gojo, Zenin, and Komo. Since the Heiren era, the Gojo Family famously inherited special powers including the technique "Infinity Domain and six eyes. Currently, Satoru Gojo is the leader of the clan.

10. Have a student named Yuta Okkotsu

Before raising Itadori, Gojo had a disciple named Yuta Okkotsu. Yuta is a special-level magician who has been recognized by the Jujutsu universe. He is possessed by a cursed spirit named Rika. His main weapon was the katana, with the prowess he managed to dominate all students in Kyoto. Yuta defeated Suguru Geto in the annual event. Curious about Yuta Okkotsu? Reportedly he will appear in the Jujutsu Movie later, so wait for the release date.

Although Gojo was a very powerful magician, of course, he had a teacher. When he was young, Gojo was taught by Masamichi Yaga who is also known as the Principal. The power of Masamichi has not been seen in the Jujutsu Kaisen season 1, maybe in the next season, we can see how powerful the teacher of this Gojo is.

12. The reason he wears sunglasses

Satoru Gojo is always seen wearing sunglasses like a blind man, and then a literal blindfold later in life is due to the fact that he is always staring infinitely. He always sees everything. He was really good at seeing people, reading them, so they didn't look like individual people to him.

Every person on earth has a rich internal world filled with their own thoughts, emotions, and biases. But Gojou didn't feel that. He only looked at the matter, damned energy, speed, and so on and so forth. Gojou always distanced himself from both his own feelings and the feelings of others.

Satoru Gojo is a special class Jujutsu wizard and is the teacher of the three Jujutsu Kaisen protagonists. Satoru Gojo's date of birth was December 7, 1989, and because Jujutsu Kaisen was in 2018, he was 28 years old.

Those are some interesting facts about Satoru Gojo Jujutsu kaisen. Pretty interesting isn't it? Let's wait for Jujutsu Kaisen season 2 which is rumored to be released in late 2023 or early 2024.