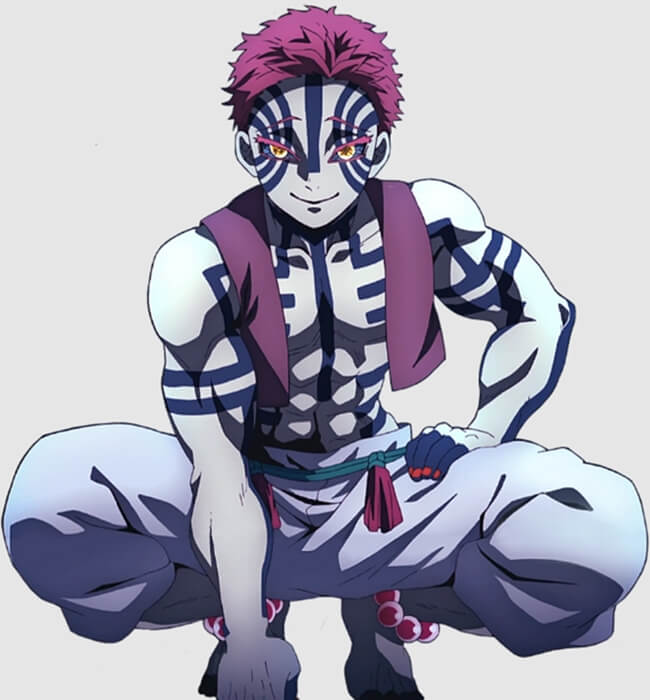 Akaza is the moon demon over third place and one of the main pawns of demon lord Muzan Kibutsuji. He is an antagonistic character in the Demon Slayer Kimetsu no Yaiba anime series. He was first seen fighting against the pillar of fire, Kyojuro Rengoku.

Although the fight made Demon Slayer fans angry and hated Akaza, he killed Kyojuro Rengoku in the Kimetsu no Yaiba Mugen Tran movie and Demon Slayer season 2 anime. But during his battle against Giyu Tomioka and Tanjiro Kamado, we will find out the story of Akaza's past that turned out to be very dark and tragic.

The story of Akaza's past 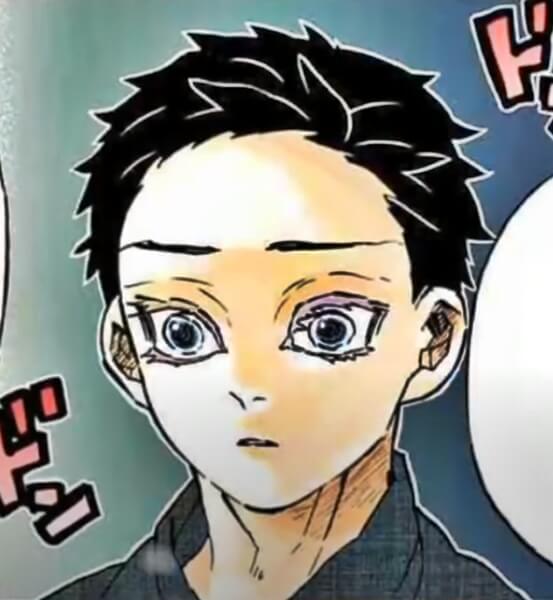 Let's start the story beginning 130 years ago, before the Tanjiro era. There was a young man who lived in a slum. The young man was named Hakuji. For those of you who don't know Hakuji is Akaza's real name before he transforms into an Upper Moon 3 demon. When he was still a human being, Akaza was a young man living in very poor conditions along with his often sickly father. Even though living with difficult circumstances, Akaza is a child who loves his father very much.

Akaza always takes care of his father and tries so that he can recover from the disease. As a result of living in a slum, it becomes difficult to get a job or help from the people around him.  This makes Akaza forced to become a thief in the city to buy drugs for his father.

One day after stealing someone's wallet, Akaza is caught by guards in the city. At trial, the judge will order guards to beat him up and give him a criminal tattoo on his hand. It turns out that Akaza has three lines of crime tattoos that signify that he has been caught three times. The judge then threatened him, if he was caught once more then the guard would cut off his hand.

When he heard the threat from the Judge, Akaza replied that if both of his hands were cut off he still had both feet to steal. Akaza's answer actually made him hit repeatedly which should have made the adult faint. But strangely despite still being in a small condition, Akaza's physique is so strong that Judge calls himself the son of the devil. 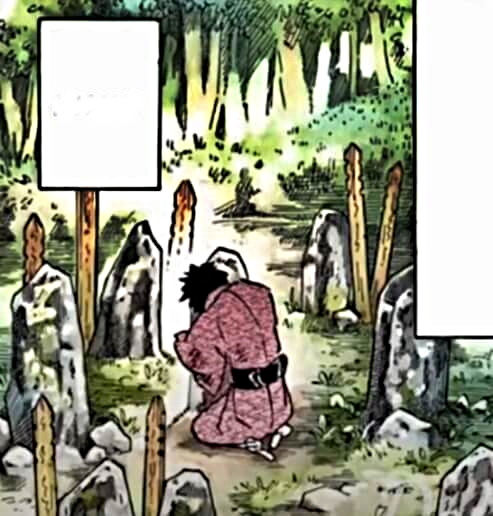 While hugging his father's gravestone, Akaza thinks that the world is very unfair. He had to experience a harsh life with criminal tattoos. He also didn't have a home to go back to. Eventually, Akaza is expelled from his own village, in anger Akaza vents it by beating up those around him. 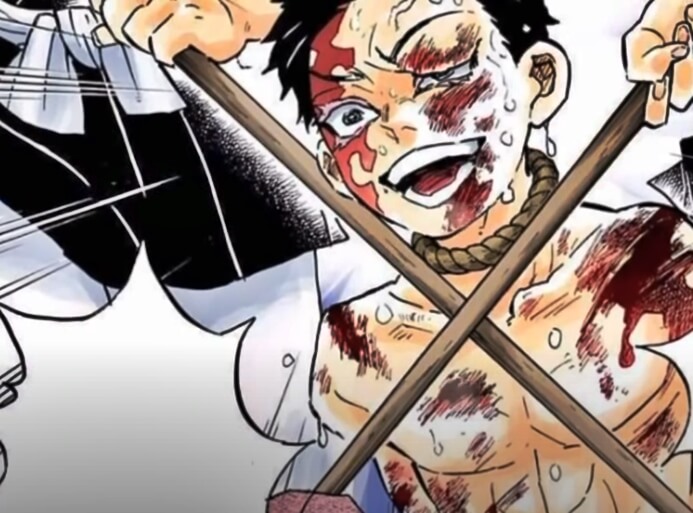 He nearly killed seven adult men. Then in one of the villages, a boy named Keizo approached him. Keizo is the owner of a dojo martial arts in the village. Despite learning that Akaza has a crime tattoo on his hand, Keizo is intrigued by his powers and offers Akaza to become his student.

Akaza is completely disturbed by Keizo's friendly attitude and begins challenging him to a fight. The fight ended briefly after Keizo launched several quick punches that defeated Akaza.  Then Keizo takes Akaza to his house and explains that he is the owner of a Soryu martial dojo. 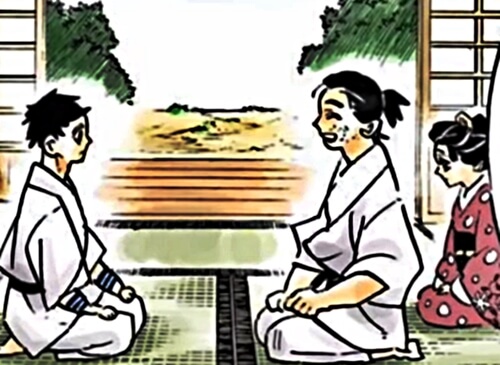 Keizo then appoints Akaza as his student and assigns Akaza the task of taking care of his daughter Koyuki.  Koyuki has a weak physical condition and is often ill. Keizo's wife chose to kill herself because she could not take care of him anymore. Keizo had to make a living as a handyman in the city to take care of his daughter. Akaza agrees to an offer from Keizo and begins living in the dojo to keep Koyuki. Because Koyuki is weak, she always cries and apologizes to Akaza for bothering her.

Seeing Koyuki's condition makes Akaza really remember his father. Akaza thinks that he has been destined to take care of Koyuki to make up for what he did to his father first. When Koyuki starts crying Akaza Will comfort her and promises to invite her to see a spark party if Koyuki recovers one day.

At the Dojo, Akaza is also trained in martial arts by Keizo. From here Akaza has battle skills that he will use later when he becomes a demon. In the area, there is also a dojo called Kenjutsu which is a rival to Keizo's Dojo. The competition between these Dojos is not very good. Kenjutsu dojo members often interfere with Keizo's Dojo, thus making Keizo have no students at all.

Akaza loses Keizo and Koyuki who died of poisoning

After three years had passed, 18-year-old Akaza was happy that Koyuki was recovering from his illness. One day Keizo called Akaza along with Koyuki, Keizo said that he would hand over his Dojo to Akaza and also asked Akaza to marry Koyuki. Hearing that, Akaza couldn't believe it because all this time Akaza had thought of himself as just a criminal who had no future. After experiencing bad things finally met a good person and gave him hope to improve his life again. Akaza promised himself to protect Keizo and Koyuki even if it cost him his own life. With pleasure, Akaza went to his father's grave to tell him about his wedding plans.

Before sunrise, Akaza returned to the Soryu dojo and saw some people gathered there. Seeing this makes Akaza feel something bad. Then one of the students told Akaza that members of Kenjutsu dojo poisoned the well that Keizo and Koyuki used to drink. As a result, Keizo and Koyuki died of poisoning. Once again Akaza must feel the devastation in his life, having previously felt happy to find hope again. But it didn't last long, he had to see Keizo and Koyuki die.

Akaza gets angry, then he takes revenge on all members of the kenjutsu Dojo. Akaza brutally single-handedly killed all the 67 Kenjutsu Dojo members using only his bare hands. 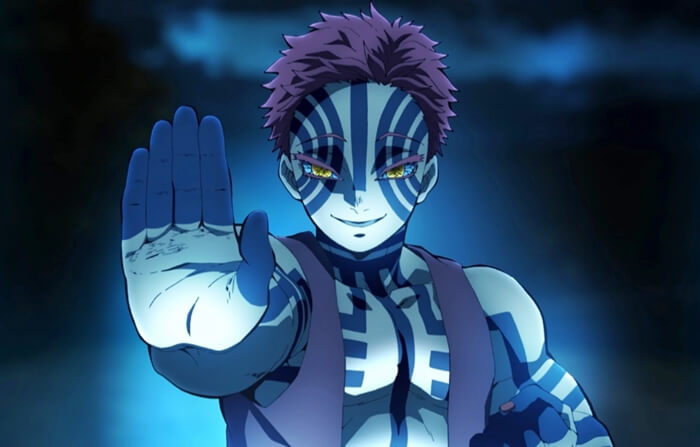 After killing all the Kenjutsu members, Akaza began to walk erratically in the direction. Until he meets Muzan. Muzan came to the city after hearing the news of the massacre and thought it was the devil's work. He was disappointed to learn that the culprit was human. Akaza begins attacking Muzan for blocking his path. Muzan quickly attacks Akaza's head and begins injecting a lot of blood into him. Akaza has since lost his memory as a human and Muzan made him a member of the Twelve Kizuki.

Although Akaza loses his past memories, he still has a principle that makes him the only moon demon who never kills or eats a woman. Muzan then assigns Akaza the task of searching for the blue spider lily and kills Hashira Kyojuro Rengoku. Back then he was interested in Rengoku, then asked him to join forces to become a demon. But the offer was rejected by Rengoku who eventually made them fight.

In such a fierce battle, Akaza nearly dies when Rengoku is able to hold it up as the sun comes up. Against Tomioka Giyu and Tanjiro, Akaza's head is cut off, but he is able to survive due to his deep determination.

When his past memories return, Akaza is able to see his father as well as Keizo and Koyuki in his subconscious world. Then he manages to relinquish Muzan's influence, and in the end, Akaza uses his strongest attack yet to commit suicide.

Akaza's name when he was still a human was Hakuji. From the story above, Akaza is actually a good person. He was forced to become evil because of all the burdens he had endured during his life. Even when he became a demon, Akaza never attacked women. And when his memory returns, Akaza decides to commit suicide. That's the interesting story of Akaza Upper Moon 3 Demon Slayer Kimetsu no Yaiba.