Before discussing the duel between Mikey and South Terano in Tokyo Revengers Chapter 231 Manga. We will begin the discussion of the fight between Terano and Kawaragi Senju. Whereas in the previous chapter Senju had excelled and managed to topple Terano Minami. But now things are starting to turn around. 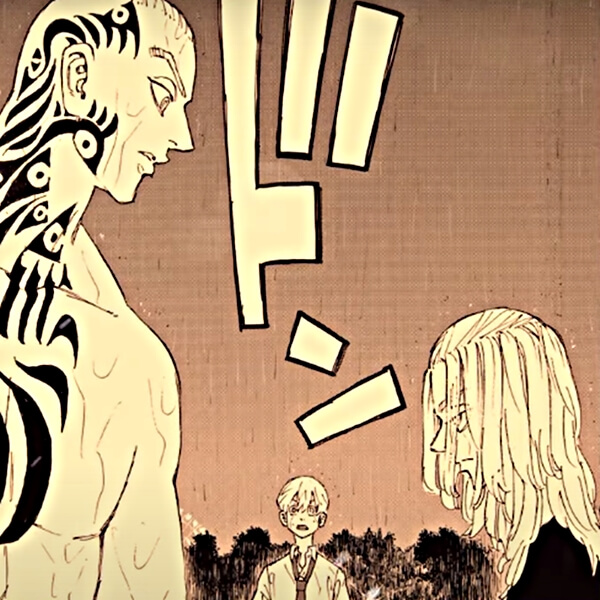 When Terano Minami is in her impulsive dark mode or in her serious mode. Suddenly all the basic power or basic power possessed by Terano increased dramatically. At this moment, South Terano's eyes could easily read and predict all of Kawaragi Senju's extremely agile movements. Terano also managed to avoid all fatal injuries from attack after attack by Kawaragi Senju.

On one of the panels, Terano was able to withstand Senju's kick and at the same time immediately launched his counterattack towards Senju. Then he used his extremely hard fist, making Kawaragi Senju bounce so far. Even on this panel, Senju is seen bleeding from his mouth. 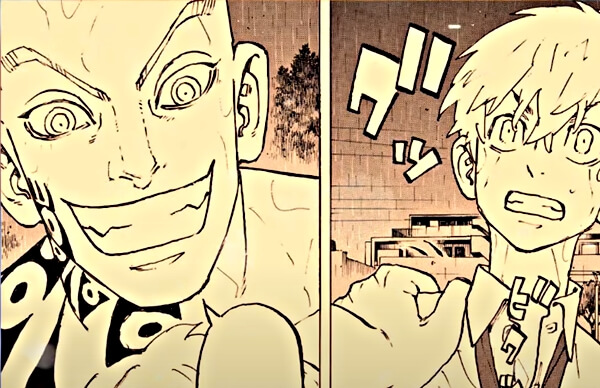 Seeing this makes Takemichi realize that he can't keep quiet. When all his friends are defeated one by one by the Monster South Terano.  But in this manga panel, it is clear that Takemichi's body is really weak and helpless in front of the strongest monster, Terano Minami. Takemici didn't have time to do anything, Terano Minami suddenly appeared and stood next to him.

At this moment another very surprising thing happened again. Terano's hand came into contact with Takemichi's body. Takemichi is immediately struck by a new vision of the future regarding Terano Minami's fate. In his vision, Takemichi sees that Terano was finally defeated and lying on the asphalt with a shocked face and a bloodied body.

After getting this vision, Takemichi was instantly shocked. He was really confused and couldn't believe it. If someone as strong and strong as South Terano could finally be defeated and even killed. At this moment, Takemichi finally realizes that the future has changed. And in the near future, a new scenario will appear in a major battle on the eve of this Tanabata festival. 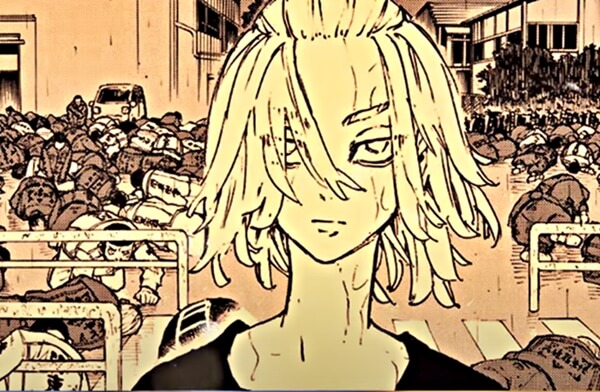 The moment has now moved back to the battlefield. After successfully getting rid of Takemichi, Terano now resumes his steps and again tries to get close to Kawaragi Senju. However, when he walked one step, he suddenly had to be surprised and stop. He saw Kakucho's battered body bounce very far and land right in front of his feet. Seeing of course Terano was confused, who was the strongest person besides himself who was able to make Kakucho become battered and helpless like this?

When trying to look around him. Again Terano had to be shocked by the terrible sight. Now from a distance, Mikey started coming and approaching them. At this moment Mikey's expression was really very frightening. His eyes were so sharp that they even frightened everyone who saw him instantly.

But not all the surprises ended there, when Terano tried to look behind Mikey, it turned out that no one was still standing and able to fight back.  Whether it's from the Kanto Manji gang, the Brahman gang, or from the Rokuhara Tandai gang. Everyone is battered and unconscious when Mikey is already in impulsive dark mode(Mikey's Dark Impulses).

Now that Mikey has decided to move on and end it all quickly. Whether or not Mikey actually slaughtered everyone on the battlefield.  Looking at the Black Aura around Mikey and seeing the sinister expression shown by Mikey, Takemichi was instantly terrified. At this moment, Takemichi realizes that Mikey has actually fallen into his dark impulsivity but with a more ruthless version than ever before.

And in the end, the fight between Senju and Terano had to stop. And continued with the final battle between the 2 strongest monsters who rule the gang world in the Tokyo area, namely Sano Manjirou aka Mikey who is undefeated against the incomparable South Terano. Who will win?