Tokyo Revengers Chapter 229 will be published on Wednesday, November 3, 2021. This leak comes from a very reliable source. 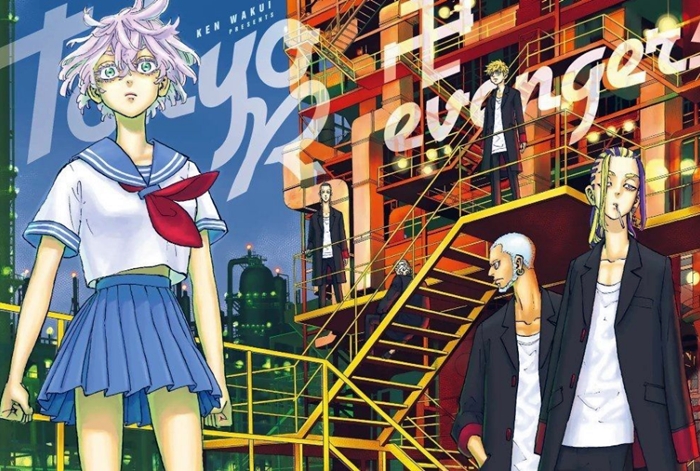 Now we're finally going to get into the discussion about the latest spoilers from the Tokyo Revengers 229 manga! Well, for those of you who are curious and want to know what is in this chapter, you can read this spoiler until it is finished.

Tokyo Revengers chapter 229 concludes with a large manga panel, which features a Kawaragi Senju who looks very emotional or looks very angry. Senju also turned his head to Takeomi and said something to Takeomi Akashi!

"Takeomi, Leader or Boss of the Brahman gang is I" Wow, interesting isn't it, right now Senju is really showing his true face. Also his leadership skills or leadership skills! Seeing Senju say that to him, again Akashi Takeomi the war god could only be shocked to hear all of Senjut's words.

However, it's embarrassing. The leak of this panel is an image from the last page of the Tokyo manga Revengers chapter 229 I don't know what happened before, which makes Kawaragi Senju who previously looked very weak suddenly release his emotions and suddenly look very strong! 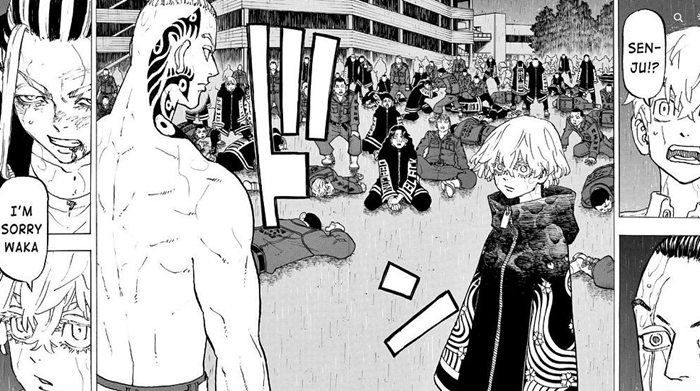 Most likely at the beginning of chapter 229, we will only be shown footage of the story about Kawaragi Senju's previous life. Or rather at the beginning of the chapter, it might just contain conversations between characters who are fighting Minami Terano! Like, Akashi Takeomi, Wakasa Imaushi, Arashi Keizo, or even Hanagaki Takemichi! The story can be a story of the past when Kawaragi Senju was a child. Or even a story about Kawaragi Senju's daily life when he was the leader of the Brahman gang and his close ties to Arashi and Wakasa! If you look at the previous battle patterns, this makes a lot of sense!

Where when Wakasa and Arashi Keizo appears, the battle is trimmed with stories about the past of the two of them! When they were still the leaders of their respective gangs and fought over their territory in the Kanto region! Likewise with Terano, when the fight starts seriously again must stop in the middle of the road, and cut with a chapter that contains the story of the past or the life story of a Minami Terano! If the same pattern is still used then Tokyo Revengers 229 will contain the same thing that is the story of Kawaragi Senju's past! But if we take a closer look.

In the leak of this manga panel, we can see scratches on Kawaragi Senju's face. Whereas in the previous chapter, Senju didn't have a scar-like this on his face! Most likely Terano and Kawaragi Senju had a brief duel and had fought each other in chapter 229 and in that fight, Senju was hit by an attack from South Terano. Until finally his face was injured!

But with his speed and agility, Kawaragi Senju finally managed to avoid the fatal injuries of Minami Terano's devastating attack on him. Based on all that, now it's a big question? Does Senju really have its own dark impulsivity?

If we look at the leak of the manga panel, then the answer is YES! After receiving Terano's devastating attack, now Senju's puns are conscious! Otherwise, he would never be able to win against Terano if he fought half-heartedly! To be able to survive and win against Terano, Senju must fight seriously and exert all the strength he has! It's a shame we still have to wait for chapter 230 to come out to be able to watch the big fight between Terano and Senju Kawaragi! 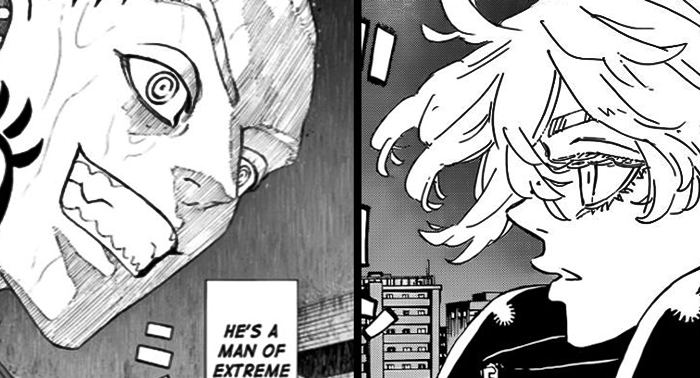 Where both will rely on their dark impulsivity! I don't know what will happen next, considering there are other leaks that contain instructions from the chapter 230 panel or chapter 231. On the spoiler, Akashi Takeomi is seen giving a sly smile when saying something. Namely "ARMED FORCE IS MONEY" or "VIOLENCE IS GOLD" where both words have the same meaning. That is, armed force is money.

In the end, Kawaragi Senju will lose, because she was betrayed and eventually killed, just like what was in Takemihci's vision or vision of the future! Or even Minami Terano who would eventually lose, being betrayed by His Highness Shion Madarame, who finally appeared and killed Terano using a weapon?

Considering the same South Terano and Senju Kawaragi didn't exist in the past, then of course there are many possibilities that could happen in the future. Not to mention, there is still Sano Manjirou and takemichi who from the beginning did not move at all and just silently watched all the fights that took place between the 3 strongest gangs of Tokyo's rulers.