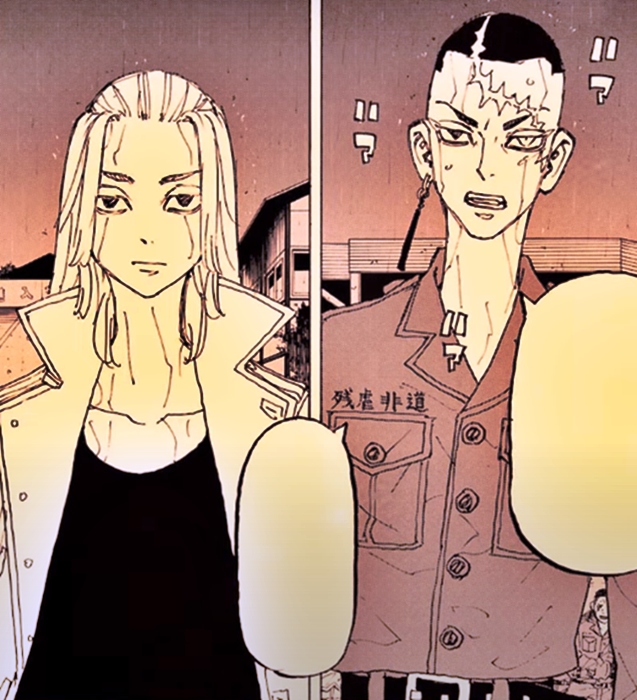 Tokyo Revengers Chapter 229 ends with a very hanging ending. Whereat the end of the chapter we are given 3 great choices about the continuation of the story that will appear in chapter 230.

The three possible storylines of the Tokyo Revengers 230 manga are as follows:

1. Will South Terano be back in the next chapter? 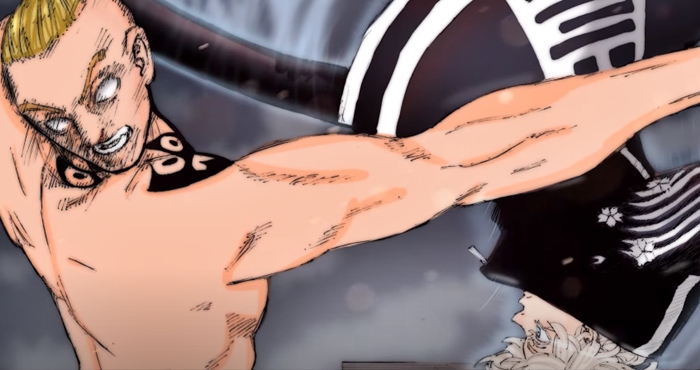 Will South Terano return in the next chapter, and the Round 2 battle between Senju Kawaragi Senju and Terano will continue, because after all Terano is one of the 3 strongest gods who rule Tokyo, and also Terano is someone who is used to fighting and killing.

Even when he was 5 years old even though he was tired of fighting Wakasa and Benkei, it still didn't make sense if it turned out that the incomparable Terano could easily be defeated by Senju Kawaragi.

2. Does it tell the story of Shinichiro Sano's past?

Then the second possibility, at the end of chapter 229. In one of the manga panels, Akashi Takeomi is very surprised after learning of the original ability or power that Senju Kawaragi has been hiding!

Well, based on the leak in the manga panel chapter 230 that has been posted by Ken Wakui there is still an image of one of the important characters in the Tokyo Revengers manga. In the picture, a small child is standing on a pillar of children's play. Based on that, the question arises. Does Akashi Takeomi recall Shiniciro Sano, after seeing Senju Kawaragi's true abilities?

Because all this time we know, Shinichiro Sano is a very weak character like Takemichi. But in fact, Shinichiro was able to unite the 2 great gangs of Kanto rulers and eventually managed to become the number 1 delinquent throughout Japan and managed to rule the entire delinquent world in Japan. It makes sense that Shinichiro Sano has the same hidden abilities as Senju Kawaragi's! So the conclusion.

Will the Tokyo Revengers manga return in chapter 230 to tell a flashback story or a story of Shinichiro Sano's past, based on Akashi Takeomi's point of view?

3. Will there be a big fight between Kakucho and Manjiro Sano aka Mikey? 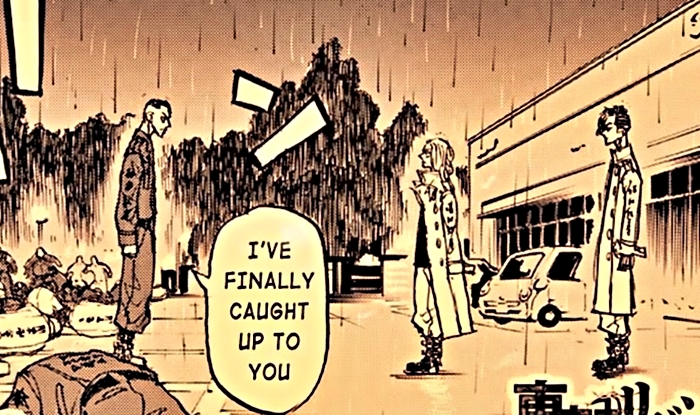 Then the choice of the 3rd story that will appear in chapter 230 is. Will there be a big fight between Kakucho and Manjiro Sano aka Mikey in chapter 230? And will Kakucho in chapter 230 tell the story of his past with Kurokawa Izana?

Well, based on these 3 possibilities, on spoiler this time we will discuss in-depth one of them. That's the fight between Kakucho and Mikey.

Fight Between Kakucho and Mikey

On October 21, 2021, the panel leak for chapter 230 was shared, If you remember again. Besides Shinichiro Sano, there is still 1 little black-haired child who has the same haircut and idealism as Shinichiro Sano! That person was Hittou Kakucho.

In this manga panel, Kakucho as a child does look very similar to Shinichiro Sano as a child. The difference is, on the left side of Kakucho's face there are scars from the accident that happened to him that killed his entire family.

Based on that, it was possible that the little boy on this panel wasn't Shinichiro but that little boy was Hittou Kakucho! Whatever it is, whether it's Shinichiro Sano or Kakucho, which is obviously in chapter 230, we'll see a story or flashback story from one of the characters in the Tokyo Revengers manga again.

Why does Kakucho fight Mikey?

But we don't think Kakucho is a very stupid person. We think Kakucho's goal to challenge Mikey directly is not because he wants to win and beat Mikey! Kakucho challenges Mikey to a fight to find out what Sano Manjirou's true goal is and whether Mikey deserves to be the leader of another former Tenjiku gang member.

Because as we all know, if in the future all the former surviving members of the Tenjiku gang join Bonten and are under the leadership of Sano Manjirou! So whoever will come out victorious in tonight's fight, it's certain that all the former Yokohama Tenjiku gang members will join Mikey and form a new gang called Bonten.

This is just a spoiler prediction of Tokyo Revengers chapter 230 manga, for more details let's wait for the official release. "The relationship between Kakucho, Izana, and Mikey" is also related to the Tokyo Revengers 230 manga.