Everyone is well acquainted with the character Muzan Kibutsuji, the demon king who also became the evilest character in the Demon Slayer Kimetsu no Yaiba anime. 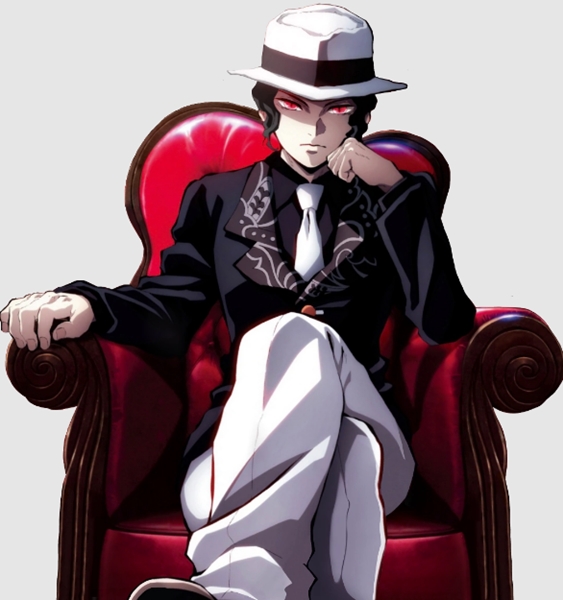 Where the figure of Muzan itself can actually change, depending on the conditions and even his desire to be who. It can be in the form of a figure of children, women, not even rarely he will show his real figure, which is an ordinary man in general.

Muzan Kibutsuji has a lot of interesting facts to know. For those of you who want to know who Muzan Kibutsuji is, here are the facts about his life in the past.

1. Muzan Kibutsuji was a human before becoming a Devil.

Yes, this Muzan Kibutsuji was originally just an ordinary human being. But unfortunately, Muzan was still a young man who was diagnosed with certain diseases. The disease killed him before he reached the age of 20.

2. Muzan's Body Becomes Strong Again Thanks to the Help of a Doctor

In the pain, it is known that when a doctor who treated Muzan finally gave a drug with a special prototype. Where the doctor himself also promised if after taking the drug Muzan's body will return strong as usual.

But Muzan himself at that time became angry, the doctor's appointment that will cure him began to doubt Muzan, especially when he himself felt if his condition at that time was getting worse.

And with anger, Muzan finally killed the doctor. But after killing the doctor finally Muzan realized, that the drug is given by the doctor actually worked.

Yes, actually after taking the concoction medicine from the doctor who treated it. Mizan's body returned to strength.

Even Muzan himself is said to have no problem adjusting to having to kill other humans to survive. But the problem this time is where he has to face the fact that he can no longer walk in the sun.

If we read the latest Chapter of Demon Slayer Kimetsu no Yaiba manga, demon hunters are seen fighting desperately to measure the fight until the sun starts to rise.

And it is certainly also very influential on Muzan himself. Where the sun can kill Muzan. Even Muzan himself is very resentful about such circumstances. Where the consequences of all that will force him to do activities only at night.

5. Blue Spider Lily, The Only Cure For Muzan To Survive in The Sun

When Muzan realized that he could only do activities at night. He was truly sorry for killing the doctor. At that time, the doctor had not completed treatment on him.

Muzan finally searched for the Blue Spider Lily Drug for the whole country. But he still couldn't find it.

6. Muzan begins to create many Devils

The main reason Muzan started creating many demons, was because he wanted to live perfectly (being able to survive in the sun).

And after the multitude of people who were made Devils by Muzan. He had big plans to spread them all over the world. He also hopes that one of them will be able to find a way to overcome the sun or at least help him in his quest to find a cure called Blue Spider Lily.

Muzan plans to use all means to transform himself into a perfect being. And that's related to some facts about Muzan Kibutsuji.