Sanemi Shinazugawa is the Wind Hashira. Sanemi grew up in a violent house, where her father constantly beat up all the children and his wife. 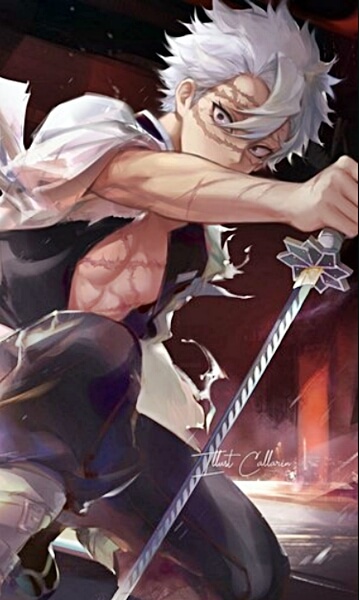 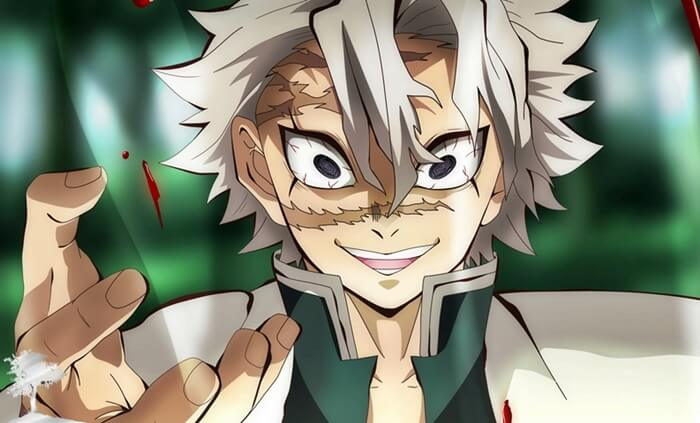 No one loved his father, so no one was surprised that he was killed. One day her mother doesn't return home, he doesn't know that the children will worry about her whereabouts, and Sanemi goes looking for her. Suddenly there was a loud knocking on the door, as soon as the children opened the door, they were immediately stabbed to death by their mother who turned into a demon. To protect her siblings, Sanemi takes her mother out of the house and leaves her sister Genya to look after them.

When he goes to town, Genya finds Sanemi in the middle of the road with her mother lying dead beside her. After what he sees, Genya calls him an assassin and Sanemi does not recognize him as his brother and travels alone. Because of all those events, he experienced psychological trauma that affected her physical condition.

Sanemi stopped seeing the colors and everything around her looked black and white, which is why he had some vision problems at night. Sanemi had the rarest blood, the blood most favored by demons.

Initially, he climbed the mountain at night, caught demons, hung their bodies in trees, and waited until morning came and the sun burned them. Sanemi hunted demons for a long time without knowing about the demon hunter or the nichirin sword.

However, one day he meets a demon hunter who introduces him to the Wind Hashira. They banded together into one team and trained together for a long time. After which they went hunting the demons, it appeared Kakushibo the First Lower Moon Demon. The fight took place, and the only one who managed to survive was Sanemi Shinazugawa.  Since no one could survive that battle, only Sanemi managed to become Hashira.

Sanemi was an extremely powerful, talented, and skilled swordsman. Even he was able to compensate for the strength of Giyu Tomioka the water pillar while conducting a friendly fight. Then during the Infinity Castle Arc, Sanemi was able to defeat many demons with powers equivalent to lower-level demons. Even Kakushibo the Upper Tier Devil said that Sanemi had reached the peak of his strength.

Sanemi obtains demon Slayer Mark when fighting Kakushibo. His Demon Slayer Mark is green and resembles the shape of a windmill on paper origami. His demon-slaying mark had the ability to increase his physical strength. 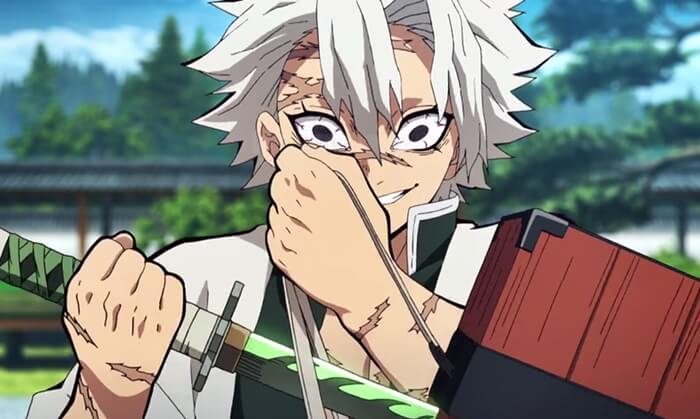 “ Why do you think I went so far as to kill our mother? To protect you. You should have had a house somewhere and raised a family and grown old. To make up for what I couldn't do for mother and our little brothers and little sisters, you should have had a wife and children and made them happy. And I would've never... let a demon get near you. ”

Sanemi Shinazugawa is a wind Hashira, he is known as a great swordsman. He could even defend when fighting the upper moon one Kakushibo . Finally, he also helped the demon slayers in the battle against Muzan Kibutsuji.