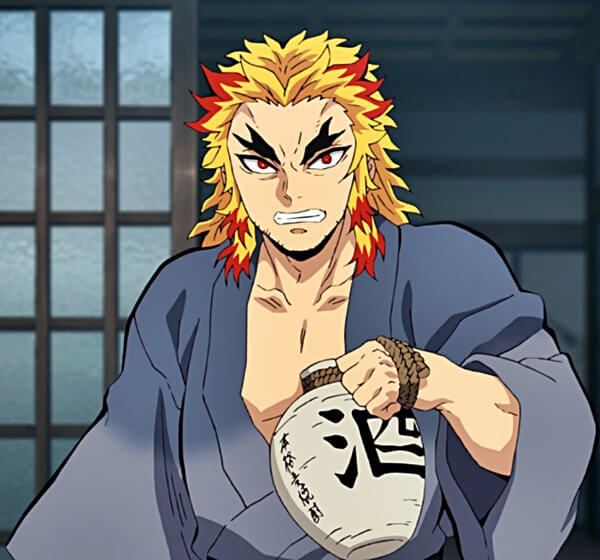 Shinjuro is the father of Kyojuro Rengoku and Senjuro Rengoku. He was a former Hashira figure with fire breathing techniques in his time. While carrying out his duties as Hashira, Shinjuro once rescues a boy from the clutches of a demonic snake, the boy turns out to be a Obanai Iguro. 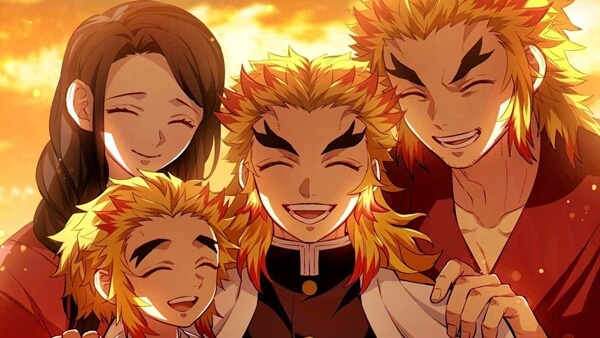 2. His character changed after his wife died

Shinjuro is described as a loud and grumpy character. He also didn't care about the achievements his son had achieved. Kyojuro Rengoku himself once told me that in the past, Shinjuro's father actually had a good nature and concern for his children, but all that changed after their mother died of illness.

Shinjuro also learned of the fact that the strongest demon hunter was a user of the sun breathing technique, and that fact only made him even more disappointed because the fire breathing technique wasn't the strongest technique. From then on Shinjuro chose to retire as Hashira, later becoming a drunken and abusive father figure to his own son, and looked very resentful when his son joined the army of demon hunters. 4. Tanjiro was able to resuscitate Shinjuro

After Kyojuro Rengoku's death, Shinjuro looked indifferent and showed no sad expression at all. However, after Tanjiro comes to his house and they get into an argument, in the end, Tanjiro's words are able to resuscitate Shinjuro, and later it was discovered that Shinjuro was actually very saddened by the death of Kyojuro Rengoku.

5. Shinjuro fights along with Tengen Uzui

During the final battle arc, Shinjuro is seen risking his life again along with Tengen Uzui. He becomes the deputy of the new leader of the demon hunter, Kiriya Ubuyashiki. In the end, Shinjuro was able to reconcile with himself, and in the last chapter, he is seen expressing his gratitude to Tanjiro, for using his son's sword guard during the battle.

That's a bit of an interesting fact about Shinjuro Rengoku Flame Hashira of the Demon Slayer Corps. Although he looks rude to his son, he is actually a good person. Shinjuro is deeply saddened by the death of his son Kyojuro Rengoku.