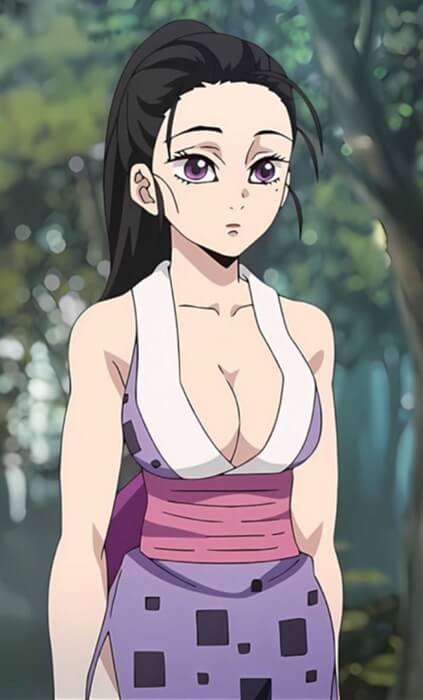 Hinatsuru is one of the wives of Hashira Tengen Uzui. She is a young woman of ideal height and has a beautiful face. Her long black hair was tied back. He has thin eyelashes and a mole under his left eye. It all makes her appearance look mature, beautiful, attractive, and good.

In the anime series Demon Slayer Kimetsu no Yaiba, Hinatsuru is seen always wearing a Lavender dress with a slightly dark square pattern. He puts his main weapon, the Kunai, into his shirt. He also wears brown mesh-patterned socks, bright sandals, and purple laces. 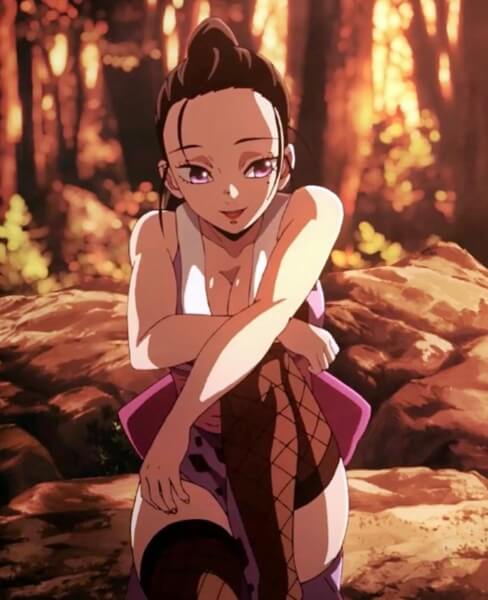 The figure of Hinatsuru began to appear in the Demon Slayer anime in season 2. Hinatsuru, Makio and Suma are the wife of Tengen Uzui. They then decided to meet Kagaya Ubuyashiki to become a demon hunter.

As we have seen, Hinatsuru along with Makio and Suma got a mission to investigate the Entertainment District Arc. But Uzui gave them a message to prioritize their own safety, the safety of honorable humans and themselves. Even though this is against their ideology as a "kunoichi".

Hinatsuru's role in the battle in the Entertainment District Arc

Hinatsuru disguises himself as Oiran to investigate the Entertainment District Arc, then he finds out that Warabihime is a demon. But he was caught by the 6th-month demon Daki, then he tried to drink poison to be expelled from the house. Long story short, Uzui managed to find Hinatsuru and gave him the antidote. Then Uzui told him to rest and go home when he recovered.

But Hinatsuru appears when Uzui and Tanjiro fight Gyutaro. When conditions are desperate, Hinatsuru comes and helps in the battle. He attacked Gyutaro with several kunai which managed to hit his leg. Then Uzui quickly took advantage of the situation to cut off Gyutaro's leg. Then Hinatsuru was attacked by Gyutaro, but he was saved by Tanjiro with the Hinokami Kagura technique.

Long story short, Hinatsuru then joins Suma and Makio. They saw that her husband, Tengen Uzui, was poisoned. Hinatsuru was crying and very sad, she was worried about her husband's safety. Luckily Nezuko came and saved Uzui, Nezuko burned the poison using her Blood Demon Art technique. And in this battle, there is no information about Hinatsuru's death, so it can be assumed that she is still alive. 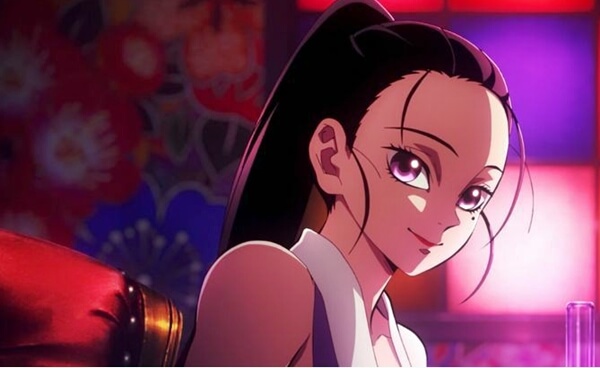 Hinatsuru is a kunoichi, she is a shinobi with a kunai as her main weapon. His fighting ability is above average, although he can't use the power of breathing like other demon hunters. The equipment he uses are arrows, kunai, and wisteria kunai which contain poison.

Hinatsuru is one of the wives of Hashira Tengen Uzui. He was also very instrumental in the battle against the Moon Demon over Daki and Gyutaro. Her beautiful figure has attracted a lot of attention from loyal fans of the Kimetsu no Yaiba anime, especially in season 2 of the Entertainment District Arc.