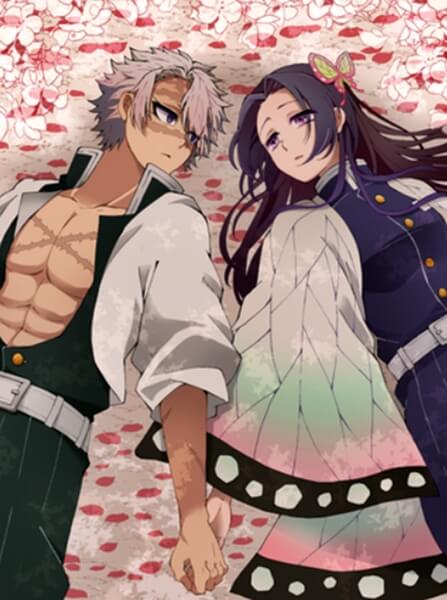 SaneKana in the demon slayer series is known as WindFlower Hashira or WindButterfly Hashira. That is the link between Sanemi Shinazugawa and Kanae Kochou of the Demon Slayer fandom.

SaneKana has the meaning Sanemi and Kanae, here we will discuss these two characters. What is their relationship? And what's their past story?

The story of the meeting between Sanemi and Kanae

The encounter between Sanemi and Kanae has not been shown in the Demon Slayer anime. Kanae had already become Hashira, after that Sanemi was promoted as Wind Hashira. They first appeared in Demon Slayer chapters 168. At that time, it was said that Sanemi was angry with the leader of the demon hunters named Kumeno. He was considered to have no respect for the lives of the Demon hunters. Seeing this, Kanae told him that Kumeno wasn't that bad. As the leader of the demon hunters, Kumeno memorized all the names and backgrounds of the demon slayer troops who died during the battle.

Kanae is the only Hashira who doesn't blame the leader. At that time Gyomei also spoke up, then Sanemi started crying after reading Masachika's will. And Kanae was sad to see this. As told in the light novel Demon Slayer Kimetsu no Yaiba, at that time Sanemi went to the butterfly house to treat her wound. Seeing Sanemi injured, Kanae then scolded her because she was hurt again even though the previous wound had not healed. He also told Sanemi to reconcile with their leader, Kumeno. After that Kanae started treating the wounds suffered by Sanemi. Next, he meets Kanae's younger brother Shinobu and Masachika, he thinks Kanae will not allow his sister to become a Demon hunter like him.

Gyomei also commented on Sanemi, saying: “He has a strong spirit and an honest heart. He likes Kanae.” On Sanemi and Shinobu's page, it is mentioned that Sanemi regularly asks Shinobu how they are when they meet, remembering how she is Kanae's sister.

Similarities of Sanemi and Kanae 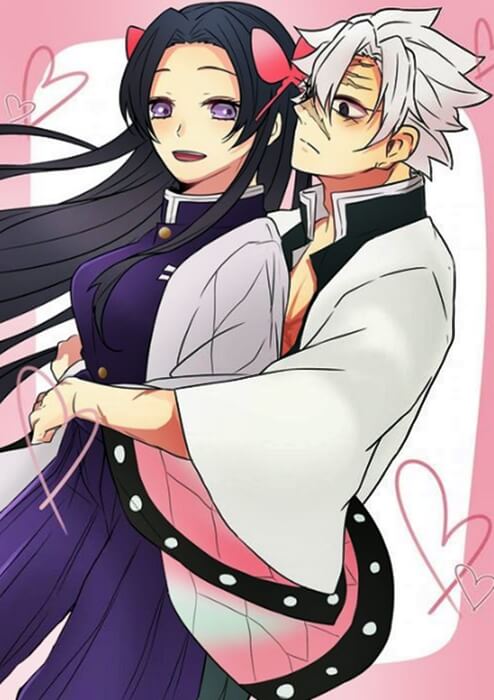 Difference between Sanemi and Kanae

But as time goes by, Kanae tries to make peace with the Demon. But Sanemi is still on her previous goal of eliminating all Demons.

Sanae, Sanemi and Kanae are the first generation Hashira who have many interesting stories. Sanemi has a tough character, while Kanae has a soft character. They are the ideal partner figure, who can complement each other. That's a little story about Sanae Demon Slayer Kimetsu no Yaiba, interesting, isn't it? More information will be updated soon, so stay tuned only at animeposted.com