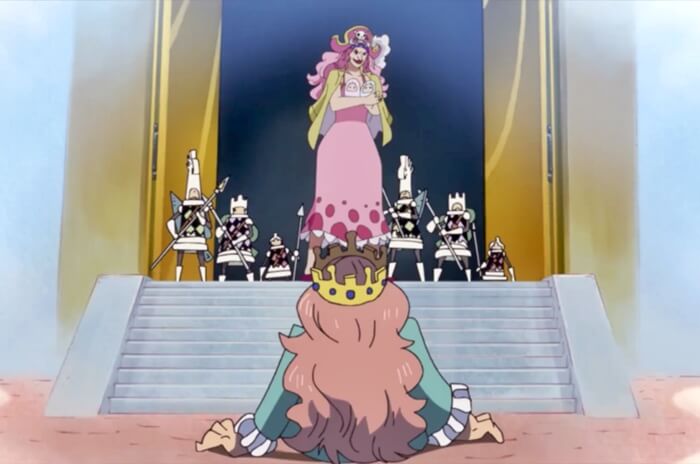 Big Mom can show how strong this one and only female Yonko is. She has a total of 85 children, which are divided into 39 girls and 46 boys. Big Mom is also married to 43 husbands, and none of her husbands can beat her. Big Mom herself considers marriage all political. She married his children with the aim of getting formidable alliances that were useful for strengthening the Big Mom Pirates under his command.

As a Yonko, Big Mom in the One Piece anime has a very selfish character; which became the basis for becoming the Pirate King. In the past, Big Mom almost found her way to Raftel but was preceded by Gold Roger who was able to hear the voice of all things. Big Mom intends to rule the world so that everyone can sit with her at banquets.

This strange principle of equality Big Mom got from her life journey. In childhood, Big Mom (Linlin) was feared and hated by children her age because she was greedy, stupid, and didn't know how to help others with her superpowers. Big Mom also understands this concept of equality from her experiences with Mother Caramel; the figure she adored, when in fact nearly sold Linlin to the Marines, before being accidentally eaten on Linlin's birthday.

As an adult, Big Mom's 'stupid' and egotistical character persists; coupled with his expanding power. This also affects the way he views the concept of family. To Big Mom, husbands were strangers who could be pushed aside or killed; simply because they are not related by blood. Big Mom also looked down on all her children. He was angry when Lola, the princess, ran away from her marriage to the prince of Elbaf, Loki. Even Big Mom expected Lola to die.

Big Mom's rude and impassioned attitude makes her children fear her; as did Charlotte Opera who did not dare to divulge Luffy and Nami's escape from the Book World for fear of being killed by her own mother. On the other hand, Big Mom's daughters who have husbands opposite the mother's views, there is a tendency to rebel. This can be shown by Charlotte Pralin, wife of Aladdin, the first mate of the Sun Pirates who supported the overthrow of Big Mom. Likewise, Charlotte Chiffon supports her husband Capone Bege who openly betrays his mother.

Here is a list of Big Mom's children's names. The number behind it indicates the order in which the child was born. 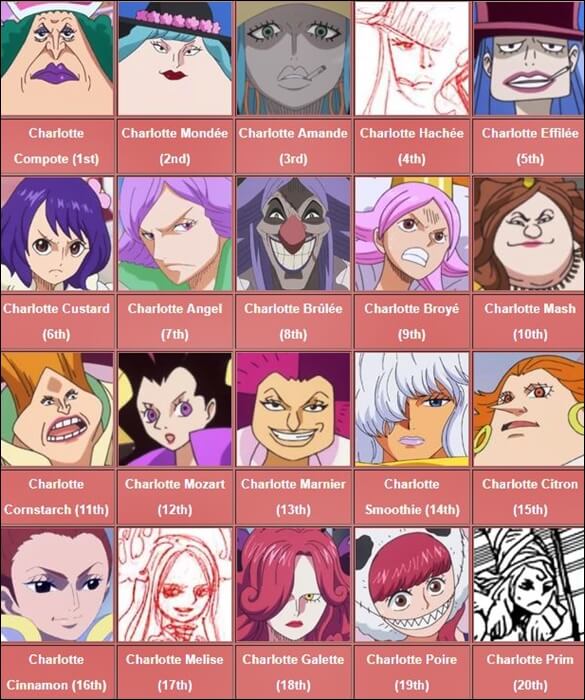 That's a little information about the list of children and husbands of Yonkou Big Mom One piece. For further information, you can visit www.animeposted.com