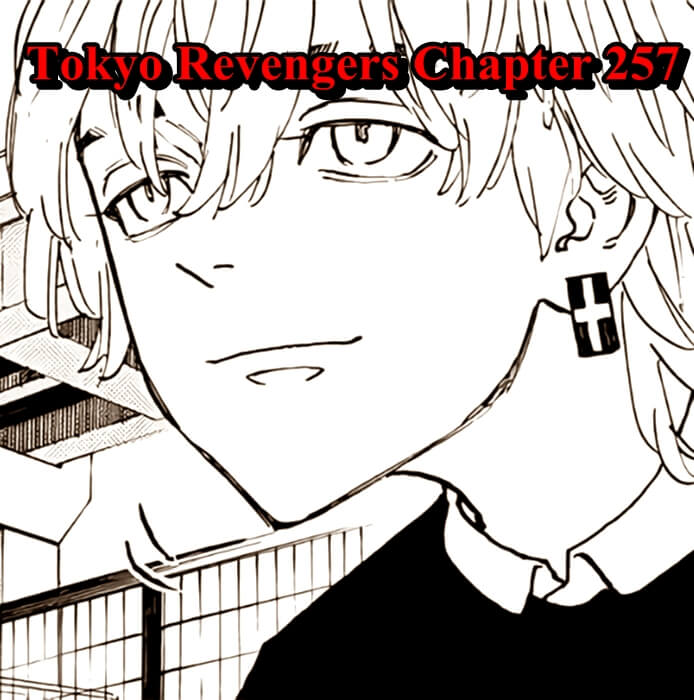 The latest leak from Tokyo Revengers Manga chapter 257 this time comes from Ken Wakui sensei's official Twitter account. On May 26, 2022, or exactly 3 weeks ago, Ken Wakui made a new post about a snippet of a manga panel sketch featuring Mitsuya's smiling face.

Of course, this immediately made fans of this scuffle manga become very worried and also wonder. About what the meaning or context of the sketch of the drawing is. And why Mitsuya was even seen smiling, even though the train almost hit him and everyone on the battlefield.

The possibilities that will happen to the Tokyo Revengers chapter 257 manga are as follows:

1. Takemichi Managed to Stop the Train 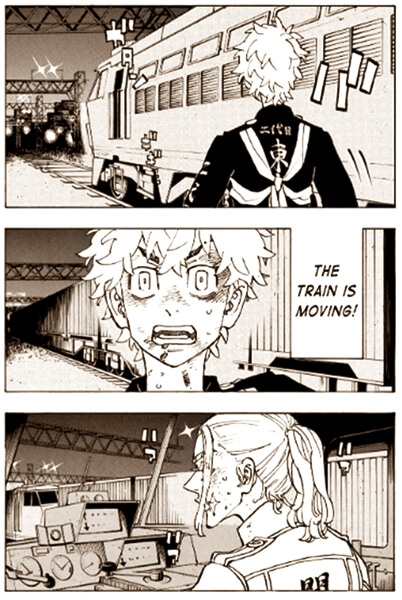 Maybe in chapter 257 of Tokyo Revengers, Takemichi managed to stop an old train car that was previously forced to drive at full speed by Haruchiyo Sanz. That's what finally made Mitsuya smile like that. As an expression of his happiness that Takemichi successfully completed his mission, and saved everyone on the battlefield. It could be that it was at that time that Mitsuya said.

"Good job PRESIDENT! I knew you could do it!" That's a happy story if the one who wrote or made this manga is not Ken Wakui Sensei. But we know that Ken Wakui doesn't like to make happy ending stories.

2. Takemichi Failed to Stop the Train

What if in the end Takemichi still fails to stop the train in time? And in the end, everyone on the battlefield will die tragically. Exactly what happened in Takemichi's future vision. Perhaps the smile from Mitsuya is his final farewell to all of us. Because at that time Mitsuya had resigned himself to his fate and believed that he could never escape or survive. But we think it's possible that this second story is too simple, unlike the mysterious Ken Wakui character.

3. Takemichi and Kakucho Slow Down the Train 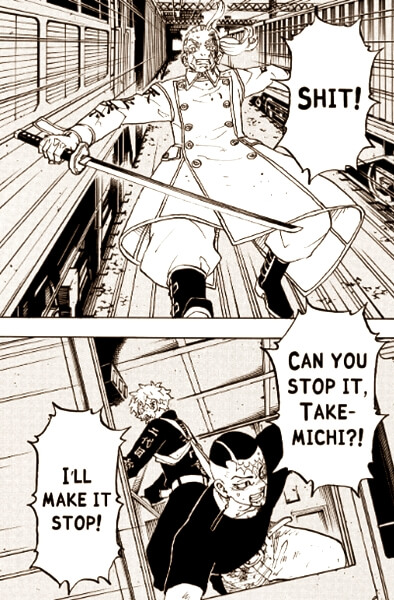 In chapter 257 Takemichi and Kakucho manage to slow down the train and save everyone who is on the battlefield. So that the tragic accident that should have happened to them all did not happen.

In chapter 256 Kakucho makes a big mistake by throwing Sanzu out of the train. Kakucho let Sanzu go unattended. Haruchiyo Sanzu is a very crazy man. He won't stop here, he also has a relationship with other Time Leapers.

Although this first plan failed, Sanzu still has another crazy backup plan. So it's not impossible that in Tokyo Revengers chapter 257, Sanzu will return to chase Takemichi and intend to kill Takemichi again. But this time Mitsuya managed to arrive in time to save Takemichi.

I don't know what will happen in the Tokyo Revengers 257 manga panel, the expression Mitsuya shows is really very suspicious. For more details, let's watch together with the latest manga from Tokyo Revengers next week.