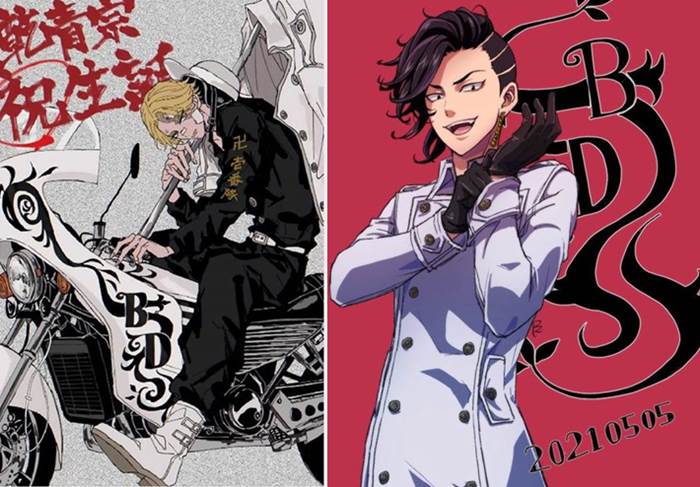 I will discuss Seishu Inui and Hajime Kokonoi anime Tokyo Revengers, Who are they It's the two of them right? The two of them haven't appeared in the anime series themselves. Yet and Black Dragon will start to appear.

They both also have pretty good character development so far, Okay, without further ado, let's go straight to the following interesting facts about Seisui and Hajime Tokyo revengers.

Seishu and Hajime, both first appeared in the manga chapter 71 right when the seniors of Toman sedan g gathered and was going to hold a meeting. They both became members of Toman's gang because they were recruited. 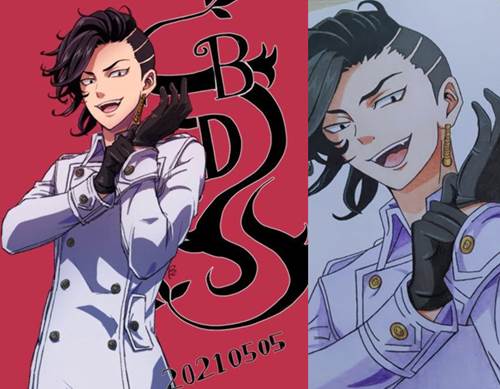 I'm going to start with Hajime Kokonoi. He is about 170 cm tall and weighs 60 kg. Very fat and not very skinny, He has black hair in every Hawk style. He has black eyes too and has high arched eyebrows.

This makes him look like an angry person. He is dressed in matching clothes with his earrings, Interesting facts Hsjime is an expert in finance Economics. Hajime sees the world of delinquents calculatingly. He acts only to benefit himself as long as it is profitable for him.

He is willing to move from one gang to another. Hajime Kokonoi has an obsession with money. He also knows how to make a lot of money, no wonder in the past in front of the Kisaki Tetta recruited, this person as a want Toman's finances, and this made Toman gang grow very rapidly. He likes money because of an incident when will Ein West brother from signing in with the seriously injured due to the fire incident. Kokonoi wants to help.

The operating costs will go up. Yes, He helps because he knows the family from his roots Inu. It includes a poor family due to this Hajime Kokonoi, always researches. Every way that can generate opportunities to earn money so logically and Kokonoi is still small.

Hajime Kokonoi is always with his sister Akane Inui, that is Seishu Inui. He even kissed Seishu Inui, because remembering that his brother is even more full okay for Hajime Kokonoi's own ability, he has had good financial capabilities unrivaled since a young age. He has always researched various ways to make money by reading books, and the book has a powerful style. As a mafia,

So that they will steal and involve in criminal activities in their place, which, in the end, will create greater profits for the tree itself, its monetary ability even becomes famous in the world of delinquents in the future.

Kokonoi always gets a position in finance and he is always in the gang do when in the future, He has a more structured key to success for the gang he handles. This proves that the financial ability of the Kokonoi is not just a figment to throw away fighting Hajime Kokonoi. He is able to fight on par with Seishu. Those who are not weak are very weak. Kokonoi's hobbies are playing cards and swimming. 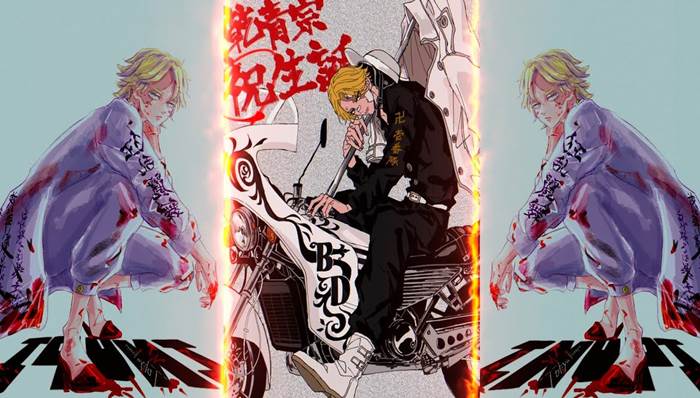 He also can't ride a motorbike. Okay, then, let's go to interesting facts about Seishu Inoi. Seishu has a height of 177 cm and weighs 64 kg. She has blood type B Inui, or this has a body that is slim, not much different from Hajime's economy, she likes wearing high heels because it will make him taller according to his skin and recently has burns due to the events that happened to him and His brother in the past, before meeting with Shiba Taiju, I'm a strong fighter, Seishu is also a person who really admires Mikey's brother Shinichiro Inui, who has inherited a lot of knowledge about mechanics because he often sees Shinichiro. That'S why Seishu is very impressed with Takemichi and he also becomes Draken's partner in running his workshop business as he was always with Hajime Kokonoi, but because they have way different things they finally separated and focused on their respective goals.

After joining the Tokyo Manji gang and wanting to re-establish the 11th generation Black Dragon gang, yes, together with Takemichi, when seeing with Takemichi and Hajime Kokonoi, was beaten by Mucho, He decided to help Takemichi. He didn't go to the Tenjiku gang together with the Seishu Inui component, believing that Seishui kindergarten would bring him to be even better in life in the future Seishui in the latest Manga Tokyo Revengers also has a pretty important role, he even had a fight with Roku Gang. There Tandai, but there has been no clear development about this character for Seishui, not too peaceful title. Maybe it's enough just to get here.