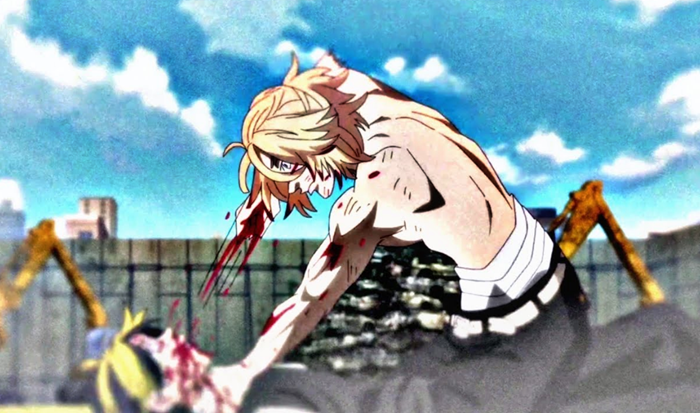 Previously the Mikey that was fighting three people had to fall after receiving a crushing blow from Kazutora's, causing Mikey to have to lie down helplessly feeling that he was already on the winds of Kazutora, claiming that this war had been won by Valhalla, but suddenly Mei got up again saying ``I'm your enemy'' Kazutora heard it instantly remembered With his past memories, but Kazutora's said all this time, I was suffering because of Mikey, and because of you also the reason I had to be imprisoned, Hi, it's very good who heard that didn't understand and asked again because of me. What do you mean as a jerk but Kazutora instead said again, it's clear: you are My enemy and I will destroy anything that stands in my way.

Do you know Mikey the person who kills humans is called a Valhalla repeatedly while smiling Ham said? If this battle was over, Draken immediately ran and wanted to help Mikey, but instantly Hanma held back and pushed Draken back backward so that Draken had to Kazutora's clothes continued to teach Mikey with his iron pipe. While said, I killed your enemies to become a hero, the words of love immediately made Mikey emotional and Mikey said "kill the enemies?  Is that the reason you killed my brother?" shocked as soon as the person holding Mikey's hand, crashed and Mikey lifted his leg so that the person holding his leg was carried away. 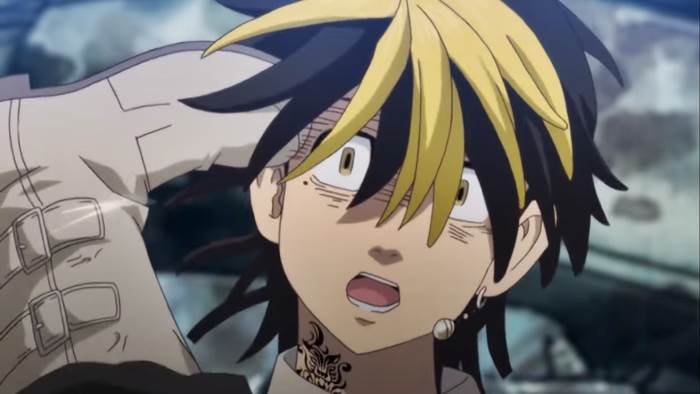 In the end, Mikey managed to throw his "Nuclear kick" right on Kazutora's head. And make Kazutora and his men lay helpless after making Kazutora lie down. Now the exhausted mic immediately kneeled the Minions Valhalla, who saw it were about to take the opportunity to beat Mikey. When Mikey can't move anymore with from one of the executives. The Minions Valhalla immediately ran to where Nike was currently located. Mitsuya, Chifuyu, and Draken couldn't do anything to save Mikey because they were facing a member of Valhalla are endless and only take Mikey is the only one who has room to save Mikey take my child immediately ran towards Mikey, but only for a moment.

Immediately, our story comes and saves Mikey then Kisaki introduces himself, namely the Captain of the 3rd division Toman and the task of the third division now is to look after the General, namely Mikey when Takashi Mitsuya praises the good work of the story, not Takemichi night understands that the executives of the things that wear masks are Takemichi understands that now the story doesn't matter. If Toman loses or wins because if Toman loses then Valhalla will take over Toman and if Toman wins, then Kisaki will be prioritized. Because he is considered a hero already h, saved Nike. The worries of taking my cheese increased when Draken also praised Kisaki's good work and Draken said If he left Mikey's safety to Kisaki and his men. But suddenly Keisuke Baji was already behind Kizaki and hit Kizaki's head with a very strong iron rod that made Kisaki have To fall down, then clothes said Kisaki I'll make your face battered. So your mother couldn't recognize the face. Start Hai Takemichi, who saw that was relieved and thought that this is what Baji had planned from the start, and the Draken who saw it shouted telling Baji to stop what he was doing.

Mitsuya also shouted saying that they came here to bring Baji back into the Toman, but when he was caught off guard Kisaki's men immediately threw Baji so hard that Baji had to fall down. 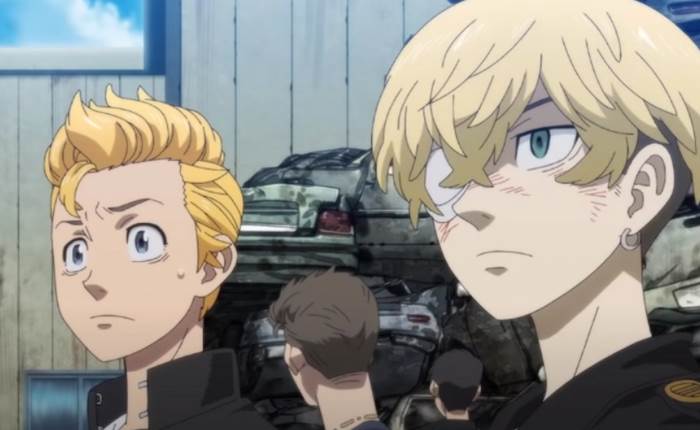 He approached with a smile, Baji got back up and was about to beat the story again, but instantly Chifuyu was in front of Baji and got Baji to approach. Kisaki Baji told Chifuyu to get out of the way, but Chifuyu didn't care and Chifuyu instead said. If Baji wanted to beat Kisaki for Toman's sake, now is not the right time, because if now Baji beats Kisaki, then Baji will really be considered. A traitor but Baji night teaches Chifuyu.

Then Baji says don't try to advise me Chifuyu. The only reason I let you live is that to profit from the way of fighting, and I really don't care about your opinion, then Chifuyu immediately shouted again saying I am the deputy captain of the first division and me and hitherto save you after that. Chifuyu threatened if Baji tried to leave this place, then Chifuyu would not play anymore, but Baji instead challenged him.

An gives 10 seconds for Chifuyu to stop it and Baji will never stop unless Chifuyu kills Baji. So he can stop him.

Tokyo revengers episode 20, Baji starts counting down and when the count is at zero, suddenly take very strong Takemichi shouted telling Chifuyu to stop Baji together, but Chifuyu was still limp while saying If he couldn't hit Keisuke Baji right then, and there he immediately beat Mikey's take with His elbow but Takemichi didn't keep trying and didn't want to let go of his grip when Takemichi saw towards making it Takemichi realized that at this time the shock was not in place anymore and suddenly Kazutora was right behind Baji, while thrusting a knife at Baji.