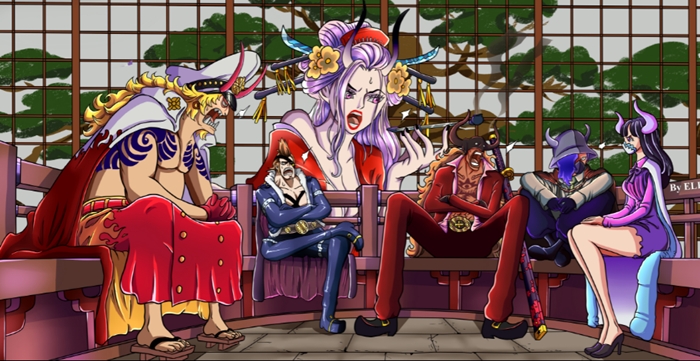 Tobi Roppo or The Flying Six are the 6 strongest headliners in the Beasts Pirates.  In the pirate group led by Yonko Kaido, Tobi Roppo's position is only under Kaido himself as governor-general and All-Stars.

In addition, Tobi Roppo members have the opportunity to be promoted to All-Stars if they are able to win the duel with the All-Stars. This happens because Kaido uses the "who is strong he is at the top" system in his pirate hierarchy.

Some of Tobi Roppo are captains of other pirate groups who were subdued by Kaido. They are Who's Who and Sasaki.

When they became Kaido's subordinates, they seemed to have the same conclusion, that Kaido was the one who deserved to be the pirate king (except X Drake), but still thirsty for power and strength, willing to justify any means for his own interests, typical of pirates.

The naming of Tobi Roppo is adapted to the concept that Kaido is a card player, while his men are cards that are ready to be played or raised in card games.

The following is a list of members of the Tobi Roppo Beasts Pirates. 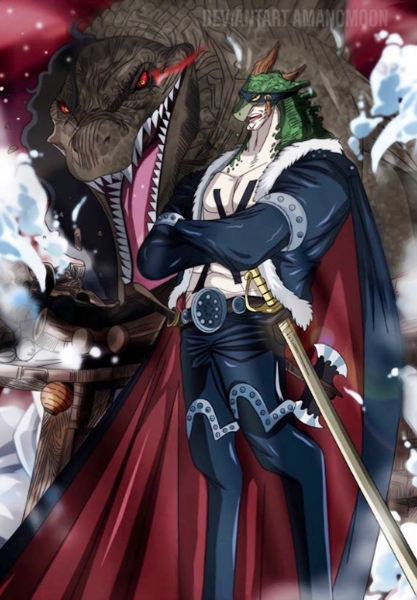 This Tobi Roppo member is nicknamed "Akahata" (Red Flag). He is the captain of the Drake Pirates who is actually a spy for the Navy's special fleet, Sword, which infiltrates the Beasts Pirates. Prior to the time skip, X Drake had a bounty of 222 million Belly.

X Drake is a zoan ryu ryu no mi model: allosaurus devil fruit user. This allows him to turn into this type of dinosaur. X Drake's infiltration into the Beasts Pirates is appropriate because Kaido's men so far are all zoan-type devil fruit users. 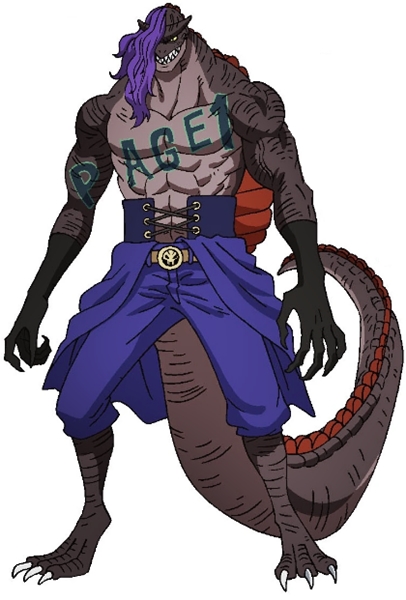 Page One is a zoan ryu ryu no mi model: spinosaurus devil fruit user. With this power, Page One can fight equally against Sanji who is already in the form of Black Stealth (Soba-Mask).

Page One calls Ulti "onee-chan" (big sis) which shows how close the two are. However, Page One is reluctant to be called Ulti with the nickname "Pay Pay". Like the others, Page One comes from the name of the card game, which originated in Japan since the 1950s. Page One's older sister who has a zoan-type devil fruit, the ryu ryu no mi model pachycephalosaurus, which makes her head look like rock. Ulti is a temperamental girl whose emotions are not controlled, she can even curse Kaido stupidly. 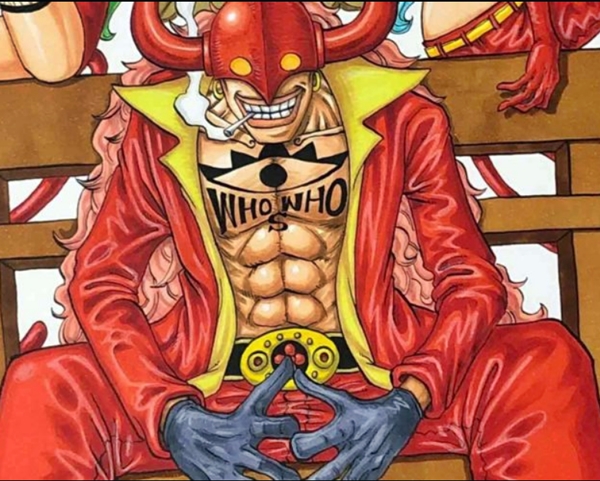 Who's Who is one of Tobi Roppo who seems hostile to the All-Stars. After joining the Beasts Pirates, Tobi Roppo still has his own crew. The name Who's Who is the name of a card game from England created by David Parlett. 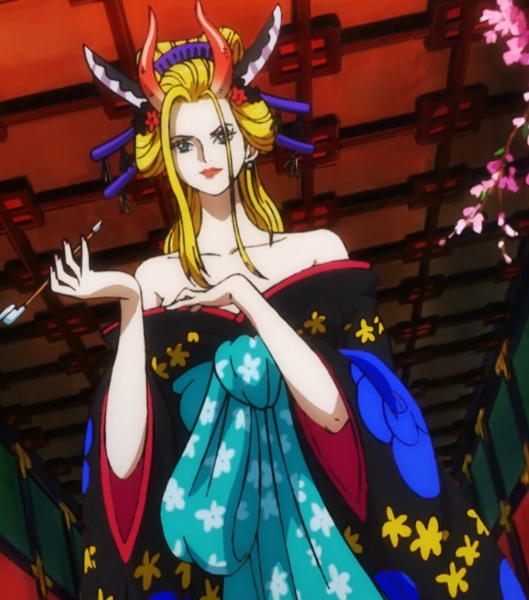 Black Maria is a giant Tobi Roppo with a beautiful face and fantastic body. She looks sexy, and has her own brothel in Onigashima near Kaido's mansion.

The name Black Maria itself comes from a card game from England. Black Maria is also the nickname for the Queen of Spades card. Sasaki is the only headliner who seems to be from the fish-man race. Sasaki isn't afraid to take on the All-Stars. Also, the name comes from the card game 44A, which is read as "Sasaki".

That's all the members of Tobi Roppo Pirate Beasts in the One Piece anime. For more interesting information about One Piece please follow the next post update.