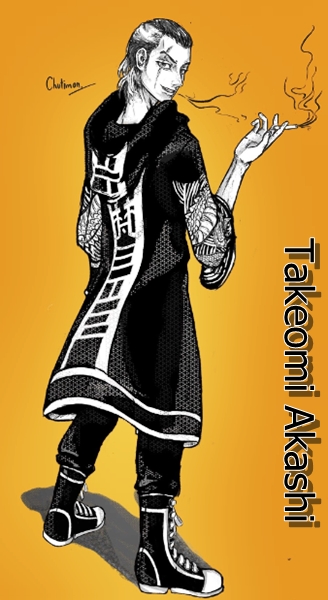 Who is the true identity of Akashi's Akashi? Is Takeomi the mastermind behind the Tanabata incident? Why is he in Bonten gengs? Is Takeomi an enemy or an ally? Here we will discuss the character Takeomi Akashi who appeared in the Tokyo Revenger anime.

Takeomi Akashi is the number two person in the Brahman gang, he appears in the final art. Takeomi is also the former vice president of the first-generation Black Dragon gang. Takeomi was dubbed the god of war. In addition, he also becomes an advisor to the existing Bonten gang in the future. Of all that, it can be said Takeomi is a very important character. Therefore this time we will discuss the important characteristics of Takeomi Akashi.

Takeomi first appeared in Tokyo Revengers Manga Chapter 196. At the time no one commented on Takeomi, he was still a mysterious character introduced only as a consultant to Bonten's gang.

In the future 2018, Bonten is a violent criminal organization. We can conclude he is the enemy for being a consultant of an evil organization. Takeomi reappears in Tokyo Revengers chapter 211, where it is revealed that Takeomi is the number two Brahman gang member and the former president of the first generation Black Dragon.

Takeomi Akashi in the Brahman, Bonten, and Black Dragon gangs 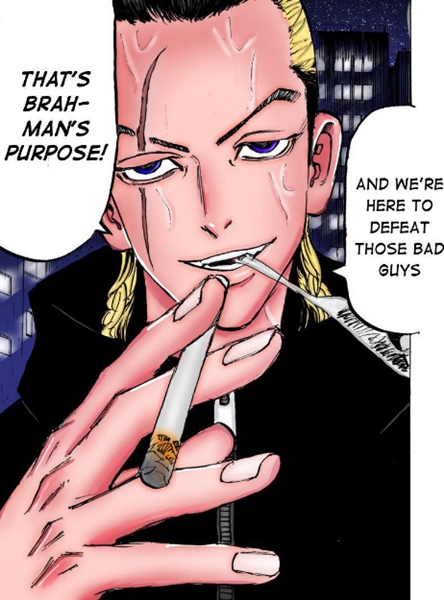 In the past in 2008, there was no bad impression like today. And he was an important role in the era of the gang of three gods. In addition to Takeomi, in Brahman, there is also Senju Kawaragi who serves as chairman. Then Keizo Arashi or Benkei and Wakasa Imaushi as other members.

So what is the purpose of Takeomi Akashi in this Tokyo Revengert final art? Takeomi's goal is known in chapter 215. When he talks to Takemichiin at Tokyo revengers manga chapter 215. Takeomi reveals that his goal is to destroy the Kanto Manji gang led by Mikey. He did this because he saw Mikey's ambition to create a new era of mischief. That's not what Takeomi found when Nike led the Kanto Manji gang. In the gang Mikey tries to get worse, so Takeomi has a desire to destroy him.

Then if Takeomi's goal was the same as he had said before, surely it would be the same goal as Takemichi. Takemichi's goal is to stop Mikey from turning evil. But seen in some cases, will Takeomi be a good ally or not? Is Takeomi's love an enemy or an ally? 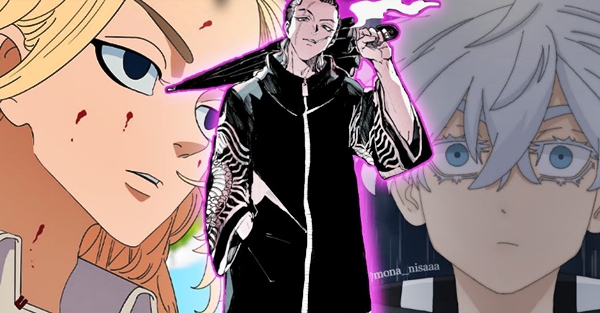 There are two possibilities, let's look at each of those possibilities. If we see Takeomi as an enemy, it's because Takeomi Akashi is a consultant to the Bonten gang in the future. Perhaps he would have been an enemy, even in 2008 in the past it was certain that a chain of events might be related to the death of the Senju Kawaragi. But from some time ago we have witnessed that Senju was saved. But there is still a possibility if Senju Kawaragi is still targeted by someone.

Takeomi seems to be trying to create a criminal organization. But from the gang of three gods, it appears that Kanto Manji is the main obstacle. At that time the Brahman gang tried to defeat Mikey. Then in the fight between Brahman and Kanto Manji caused Senju Kawaragi to die. In that battle, Mikey fought Senju Kawragi, with Mikey as the winner.

After that, for some reason, he took over the brahman gang. It was the same as when Toman took over the Valhalla gang after they defeated him. Keizo Arashi and Wakasa Imaushi have also died. Takeomi Akashi also has the possibility of being an ally. Although in the future, Takeomi appears as a consultant to Bonten. But what if joining Bonten's gang was because he wanted to make redemption in the past? Like Takemichi who wants to try to stop Mikey as a member of the Brahman gang.

The deaths of Senju, Wakaza, and Benkei are the worst-case scenario. That way Brahman will be under the Kanto Manji gang. The only possibility is that Takeomi decides to keep Bonten led by Mikey. Takeomi is also the eldest of three children, Senju Kawaragi revealed in Tokyo Revengers chapter 216. The manga tells us that Takeomi is the first brother of Senju Kawaragi and Haruchiyo Sanzu to become his second brother.

Then from all these facts is there a possibility if Takeomi was the mastermind behind Takemichi's attack? Is there a company in brahman or is there a certain informant? Who is the identity of the real architect of economics? Because it is still a mysterious character, there are many things that depend on the development of the story of the main character Takemichi. For more information about Takeomi Akashi, you can see in the next article update here.