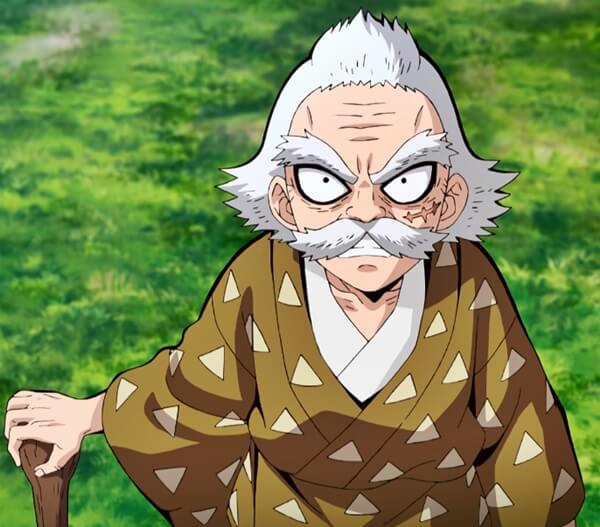 Jigoro is a retired Hashira with lightning breathing techniques, he is a teacher who trains Kaigaku and Zenitsu. Jigoro had the appearance of a short-bodied old man with a wrinkled forehead and large eyes. He is also seen to have a scar on his left cheek. Jigoro Kuwajima also has thick eyebrows and a thick mustache, with Urokodaki-like white hair. He was always seen using a stick to support his body due to incidents in the past.

At the age of 35 in carrying out his duties as Hashira, Jigoro once faced a powerful demon. Although in the fight he survived, unfortunately, Jigoro had to lose one of his legs so he decided to retire as Hashira. 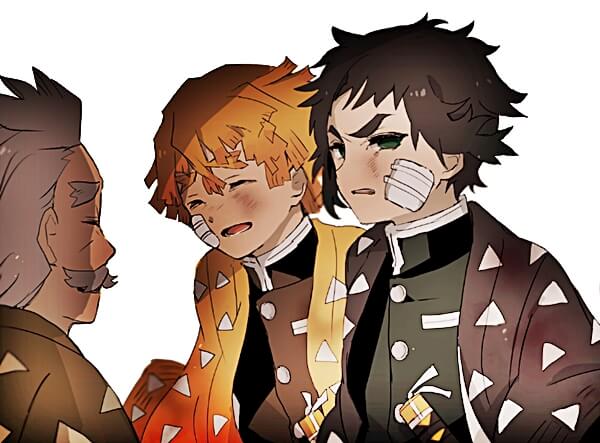 Master of Kaigaku and Zenitsu

Years later in his retirement, Jigoro meets Kaigaku and Zenitsu in different places. He decided to take care of them and make them his students. Jigoro then trained Kaigaku to master 5 of the 6 forms of lightning breathing, while Zenitsu could only master the first form of this breathing technique.

As a teacher, Jigoro has a high level of devotion to his students with rigorous and rigorous training. He is known as a powerful demon hunter with experience as a former Hashira. Despite looking to have a tough character like Sakonji Urokodaki, Jigoro loves his own students so much that he dedicates his life to training and making his students powerful swordsman.

Paying off all Zenitsu debts

Zenitsu claimed that despite frequent whining and running away while training, Jigoro never gave up. He is also the one who frees Zenitsu from debt bondage for the rest of his life. Although Zenitsu could only master the first form, Jigoro still believed in Zenitsu's abilities and told Zenitsu to always increase the attack power of the first form he mastered. 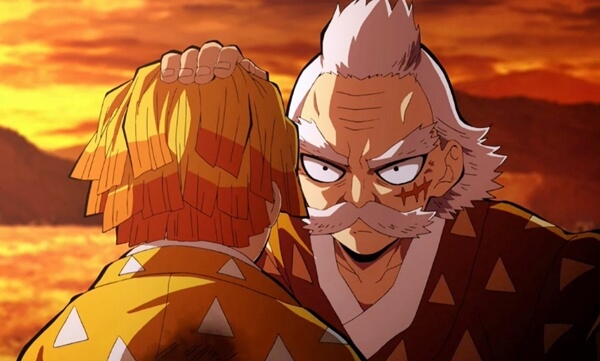 The death of Jigoro Kuwajima

Unfortunately, Jigoro suffered bad luck at the end of his life, he had to tragically die by committing suicide, after learning that his disciple, Kaigaku, chose to betray and turn into a demon.

"Zenitsu, perfect it! It's alright to cry or go off by yourself. Just don't ever give up. Believe in yourself. You endured all that hellish training. You'll be rewarded for that without question. Work to forge yourself like a tempered blade... and become the most resilient of all! Focus on what you do best!"

That's an interesting fact about Jigoro Kuwajima Demon Slayer, He was formerly the Thunder Hashira. Jigoro is the teacher of Zenitsu and the Kaigaku Devil. Unfortunately, Jigoro chose to do seppuku when he found out Kaigaku became one of the members of The Devil Muzan Kibutsuji.