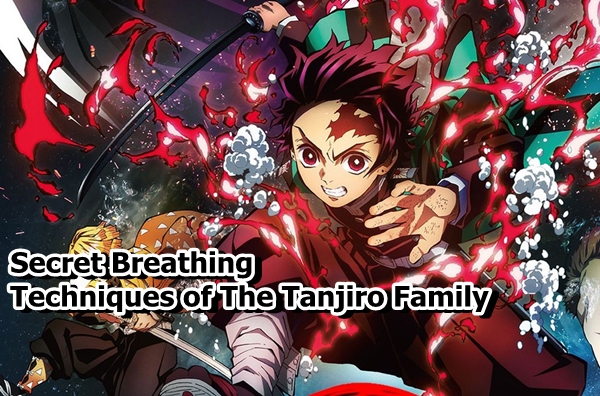 Hinokami Kagura or the so-called fire god dance is the strongest breathing technique ever. This breathing technique has been passed down from generation to generation by the kamado family and along with the Hanafuda earrings they wear in the kamado family's own traditions. Hinokami Kagura is manifested in a ritual ceremony that is practiced every year, where the user of this breath will perform the dance of the god of fire at sunset until the sun rises the next day, as a form of salvation and warding off various disasters.

Kimetsu No Yaiba - Secret Breathing Techniques of The Tanjiro Family

The dance of the god of fire consists of 12 forms that will be repeated throughout the night, as has been shown by Tanjiro's father, Tanjuro Kamado, Tanjiro's father also told him that someone who has mastered this breathing technique will have enormous strength and even he can do the fire god dance as long as they want, when his fight against Rui, Tanjiro managed to use this technique by remembering the dance that his father had performed despite being the strongest breathing technique, but there are many things to know about this technique and its relationship with solar breathing because it has a long and complex history, so in this video, we will discussing the history of the strongest breathing technique, namely Hinokami Kagura or what we call the fire god dance. The history of the Hinokami Kagura technique comes from the first respiratory user, Yoriichi Tsugikuni, when he was a child, the Yoriichi often saw his older brother train with a swordsman teacher who was his father's subordinate.

Seeing his brother's seriousness in practicing the sword made Yoriichi interested in following in his brother's footsteps to become a samurai because every day he continues to pay attention to these exercises, one day his brother's sword teacher suddenly offers Yoriichi to practice swords with him. Although at that time, Yoriichi practiced the sword for the first time, thanks to her natural talent and strength, Yoriichi managed to create an attack using a breathing technique and defeated his brother's sword teacher with a heavy blow, after that incident Yoriichi felt guilty for hurting his father's subordinates and decided to stop being a Samurai, many years later when he was an adult Yoriichi had to experience a bitter experience after his wife and children were killed by a demon, remembering how the existence of these demons had messed up the world of Yoriichi decided to return to sword practice and was determined to kill all the demons in his business Yoriichi. Then joined the demon hunter organization and trained there, so that later he succeeded in developing his breathing technique again. Yoriichi named his breathing technique the solar breathing technique to remind him of the warm kindness of his mother who gave him the Hanafuda earrings with the sun emblem as Memories. saw the extraordinary Yoriichi abilities of the swordsmen who joined the demon hunter organization then asked him to train them. because at that time these swordsmen did not have a strong attack to kill a demon, Yoriichi then taught them about a breathing technique to increase attacks.

All over his body and it made his grudge against the sun-breathing user. After failing to kill Muzan and his brother who betrayed him by joining as a devil, making the Hasiras whom he had once taught expelled Yoriichi from the demon hunter army. During his exile, he saved the life of his ancestor from Tanjiro, namely Sumiyoshi. This incident made Yorici form a friendly bond with Sumiyoshi and gradually they became very close like family. one time when Yoriichi last visited Sumiyoshi's house he told all the stories of his dark past and it made Sumiyoshi feel sorry for him. 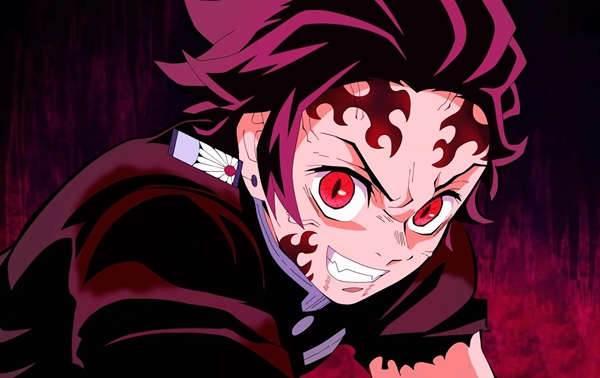 Yoriichi also told him about his fight against the demon king Kibutsuji Muzan and his failure because he could not kill the demon king, luckily the wife and child of Sumiyoshi were able to comfort Yoriichi, thereby eliminating his guilt and sadness. Shortly before leaving the family, At the request of the wife of Sumiyoshi and his son Yoriichi they showed all the sun breathing techniques in front of them, Sumiyoshi who saw it then remembered and memorized the movement. Yoriichi also left his Hanafuda earrings to Sumiyoshi then Sumiyoshi promised Yoriichi to keep and pass on the sun's breathing technique as his gratitude and respect for all of Yoriichi's kindness. heard the words of Sumiyoshi Yoriichi who looked happy then smiled and then said goodbye to their family. After his death at the age of eighty -five in the presence of his older brother, Kokusibo, Muzan began ordering all of his men to find the heir of the Yoriichi's breathing technique and tried to finish him off.

Because of that many years later the generation of the kamado family then disguised the sun's breathing technique and replaced it with the tradition of the fire god dance or our Hino Kagura they did this to maintain the inheritance of the sun's breathing technique and also protect the kamado family generation by Muzan's men who hunted them Hinokami Kagura then from generation to generation passed down by using the 12 dance forms that they show during the ceremony to honor the sun god every year. when the era of his father's Tanjiro family named Tanjuro never showed this dance to Tanjiro, who was still a child at that time, unfortunately, because of an illness that weakened his body, Tanjiro's father did not have time to pass down the details of this breathing technique so Tanjiro could only remember this technique through his father's dance. 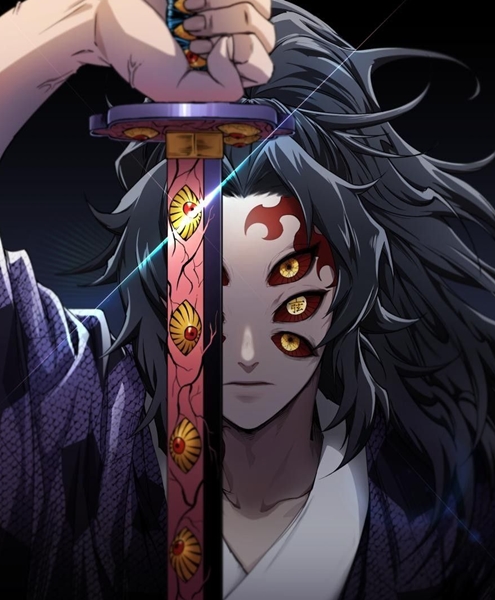 When he met the pillar of fire, namely Rengoku Tanjiro had also asked about the origin of this technique and then he managed to get a little information through the ancestral book of Rengoku's father. until the final battle When fighting Muzan after dying due to poison from Muzan's blood in his subconscious, Tanjiro finally knew for sure the origin of Hinojami Kagura through the memory of his ancestor, Sumiyoshi. In the end, Tanjiro used 12 forms of solar breathing technique when fighting Muzan even though Tanjiro tried to perfect his technique to become the 13th form but Tanjiro did not succeed in doing that because his body strength was getting weaker even Muzan himself knew that Tanjiro would not be able to do it because it was a miracle to realize how strong the level of Yoriichi's strength was that no one could ever match him while the reason he created his -13 from the sun's breathing technique is that this form is the most effective form to kill Muzan using 12 forms repeatedly also aims to destroy Muzan's 12 vital organs which are the seven hearts and five brains that are a moving freely in his body Hi So that's the complete history of the strongest breathing technique, namely the solar breathing technique or also known as Hinokami Kagura.