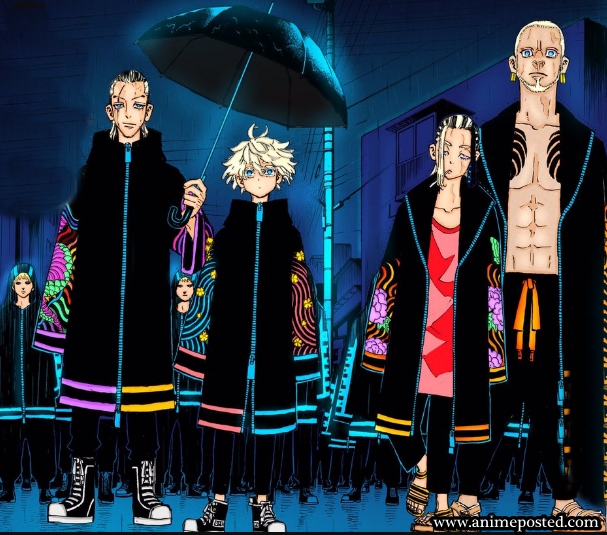 In this review, I will talk about brahman gangs. In the Brahman gang, we can get to know there are Senju Kawaragi, Takeomi Akashi, Wakasa Imaushi, and many other members.

The Brahman gang is actually a little mysterious, this organization is more akin to the Yakuza gang because of their brutal actions. Brahman even cooperates with a company that is most likely for criminal acts in it. Let's talk about the whole Brahman gang. 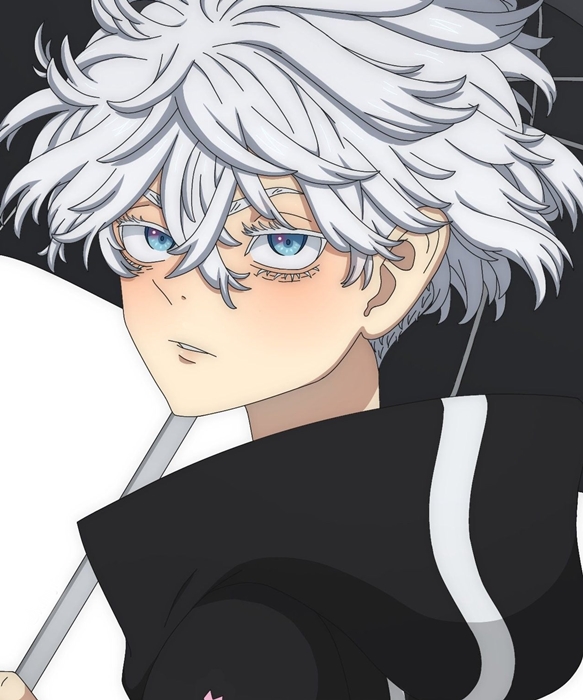 Senju Kawaragi is the single most powerful female character in the Tokyo Revengers series. He has a height below the average of about 155 cm. She has light-colored hair and has protruding eyelashes. Senju Kawaragi's Brahman uniform has a cherry blossom pattern and a gang name behind it. Cherry blossoms in their variety have the meaning of a life cycle that is happiness that will end with sadness. Where there is a birth that will end with death. Kawaragi Senju has a slightly cunning personality, he chooses to lead the Brahman gang behind the scenes and hands over his gang to Takeomi Akashi as the right-hand man or the number two man in Brahman.

Senju Kawaragi also likes to carry out stealth attacks, as he once did to South Terano.  When she wasn't in her gang, she seemed to look like an ordinary woman in general. He's a trendy teenager, sociable and jolly. Kawaragi Senju loves to shop and eat. In combat, Kawaragi Senju often performs cheating tricks, such as making Takeomi Akashi as bait and then beating his enemies. 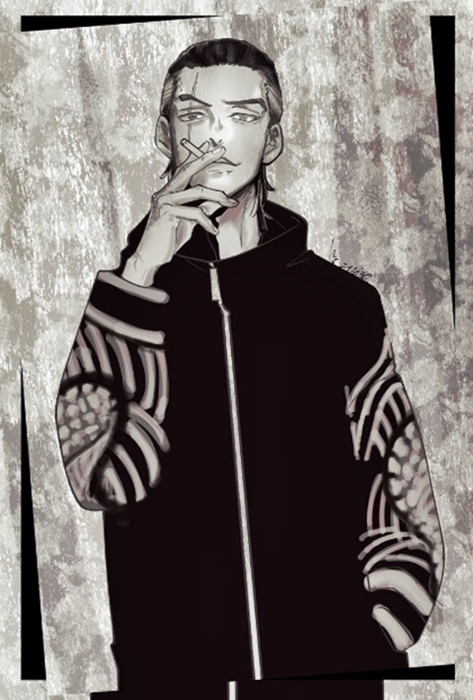 Takeomi Akashi is the number two man in the Brahman gang. He was also the former Vice Chairman of the Black Dragon gang. He has a height of about 180 cm and a weight of 70 kg. Takeomi Akashi is a smoker, he's a heavy addict. The most prominent feature of him is the vertically elongated scar on his right face. The uniform jacket of Takeomi Akashi had a more luxurious impression. Akashi Takeomi in the future became a member of Bonten, he wore business casual clothes.

Takeomi is very interested in business in a company. Takeomi also has many connections. Takeomi Akashi has a serious and reserved personality, he is also a calm person. Even in the face of danger, she doesn't care about someone trying to provoke her like Kakucho Hitto did, Takeomi doesn't respond to it. There are still many mysteries that Takeomi Akashi has yet to show in the Tokyo Revengers anime series. In the future, he accompanies Mikey as an advisor, even though he does not agree with Mikey. Even Takeomi Akashi would challenge Takemichi and the Draken. 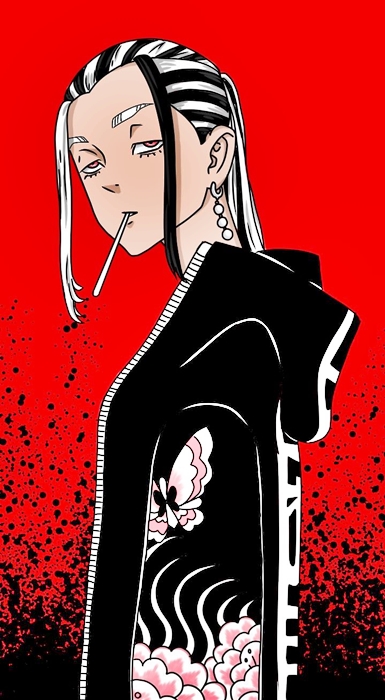 Wakasa Imaushi has a height of 173 cm and weighs 62 kg. Wakasa has more artistic symbols than others, in its gang uniforms patterned with flowers and butterflies. Butterflies have the meaning of change and transformation, while flowers symbolize love. His eyes were half open and tilted, giving him a bored and tired look. Wakasa Imaushi seems bored all the time, she looks lazy to do things. He wasn't even interested in Rokuhara Tandai. In fighting He is very confident in his abilities. For information, his past is not much known, but he is known as one of the founding members of Blackdragon. Takeomi Akashi and Keizo Arashi were appointed captains of special attack units at the time. 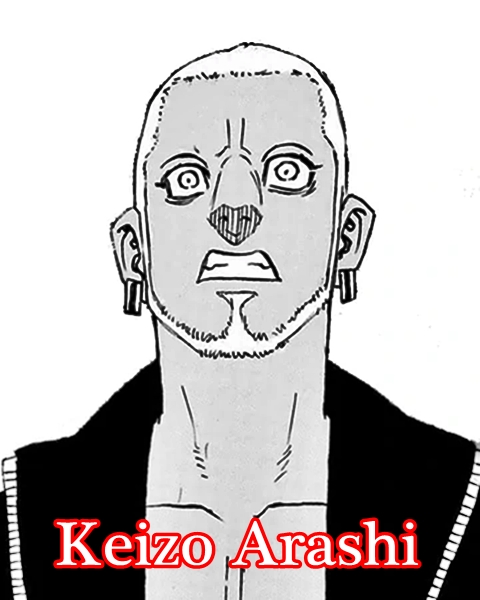 Keizo Arashi aka Benkei has a large body. He is 294 cm tall and weighs 88 kg. He's a man with brown skin and has a big body. Keizo Arashi also has piercings in both ears and has tattoos on his chest. The tattoo is in the shape of a curved line. Benkei's uniform has a Lotus pattern, Lotus itself has many meanings such as the symbol of the highest sacred and honorable place. Lotus is of many types and each color has a different meaning. Keizo Arashi has a habit of prioritizing goals over trivial matters. Benkei's fighting ability he was able to survive Kakucho Hitto and remain standing after receiving his attack. This proves that Benkei has incredible strength and endurance. 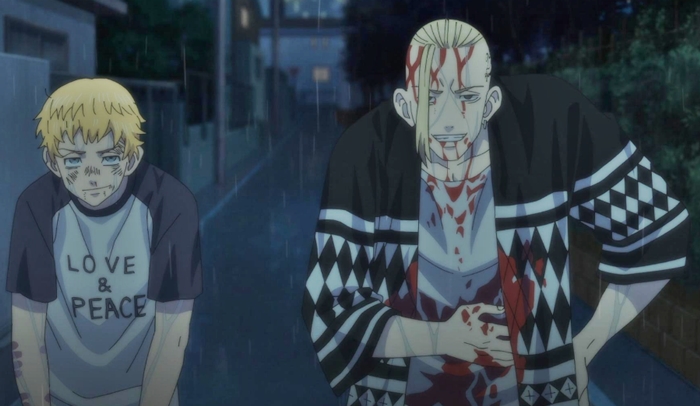 The latter are Draken and Takemichi. They are both new members of the same gang, Tokyo Manji. Draken joins Brahman in wanting to stop Mikey. He cares deeply about Mikey. Even Draken is willing to fight alone without involving his friends. The reason Takemichi Hanagaki joins Brahman is to stop Mikey. Defeat Mikey in order to save him from a bad future. Draken actually wants to retire from the gangster world. But for the sake of his friend, Draken will do his best, as will Takemichi.

Conclusions about the Brahman gang

Brahman gang is one of the strongest gangs in Tokyo. All its members are also known to be very strong. That is the discussion of the Brahman gang and all its members. For more information about Anime Tokyo Revengers, you can follow this blog.