Rumors are circulating that there will be a One Piece movie with the title "One Piece Film: Red". The film is directed by Taniguchi Gorou and Eiichiro Oda as producers. The film was made when One Piece had already entered its 1000th episode. 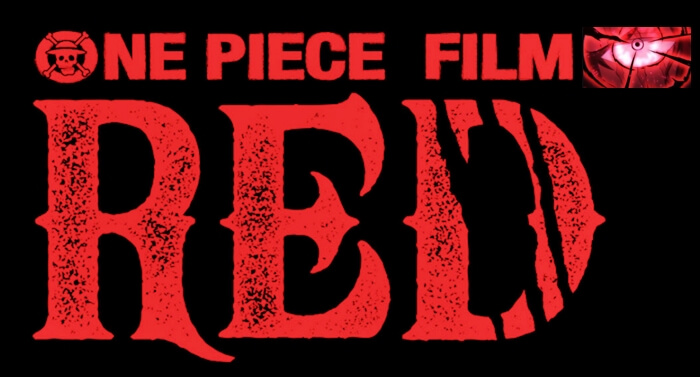 In the picture circulating about the film One Piece Red sees the scratch of a red wound. In the title of the film there is also a scar mark on the letter D. Previously many suspected it was Shanks, Kidd, or Rocks. But Oda sensei gave a leak about the character. The biggest possibility of One Piece Red 2022 will focus on discussing Akagami no Shanks. Then for One Piece Film Red was announced to be canon. 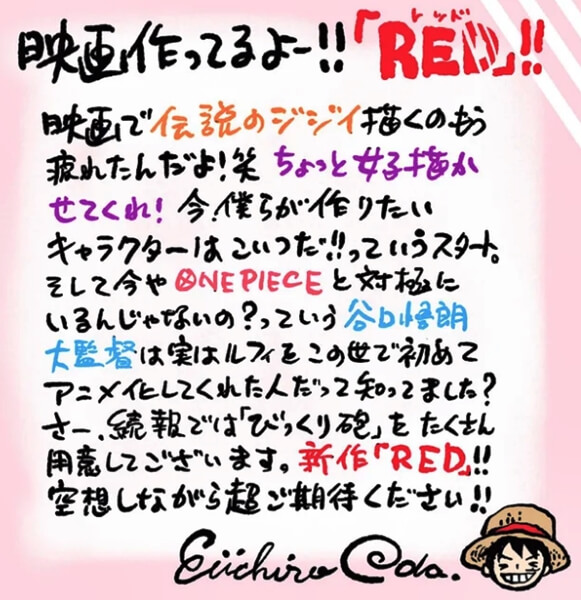 "We're making a movie!! RED!! I'm tired of drawing The Legend of Grandpa! Let me draw what I want! The character we're working on right now is like that! And that was the beginning. Did you know that director Taniguchi Gorou who directed this new film was actually the first person in the world to make Luffy into an anime? Now, we have good news that will surprise you greatly. Red's new movie!! Please look forward to it as you imagine what it will be like."

Of course, it will be highly anticipated, we can find out more about Shanks the redhead. If indeed the character in question is Shanks, on this occasion let's discuss an important point about the "red hair" One Piece. 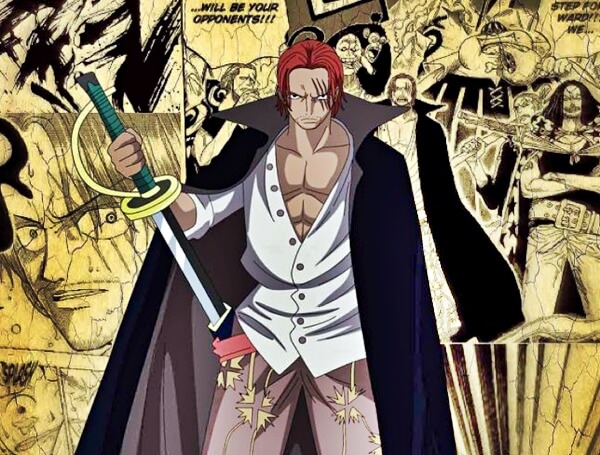 1. Shanks is the youngest Yonkou, he is 39 years old

He is one year old with the latest Yonkou, 40-year-old Marshall D. Teach. But Luffy could become the youngest after Shanks if he becomes Yonkau.

Kaido and Big Mom are huge forces for the navy. They are rocks era pirates. But why is the price of fugitive Akagami no Shanks more expensive? Maybe the answer is in the Movie One Piece Film Red later.

3. Become a Yonkou after his arm lives one

Shanks became emperor or Yonkou six years ago, or four years ago when Luffy first began his journey. Even with one arm, Akagami managed to become the Yonkou feared by the navy. What if he has two arms? It's going to be more horrible. Hopefully in the film OP Red later we find the secret of his strength.

4. Shank has three types of Haki

The Haki he completed were Haoshoku Haki, Busoshoku Haki, and Kenbunshoku Haki. Shanks can use his King Haki for inanimate objects, seen as he cracks the moby dick ship belonging to the pirate Whitebeard. Then what is still a mystery is Kenbunshoku Haki, there is no definite information about the Haki.

Shanks is always seen carrying a sword, the name of his sword is Gryphon or also called Griffin. The name comes from an eagle-headed mythological creature, lion-bodied, and has wings.

6. Shanks is not a devil fruit user

Akagami no Shanks is the only Yonkou that does not eat devil fruit. Evidently when he helped Buggy who drowned and Luffy when attacked by sea monsters. Because the devil fruit user wouldn't be able to swim in the ocean.

From some information circulating, the Red One Piece film will premiere on August 6 in Japan. For the latest information on the release date will be updated in this article.

That's some information about the movie One Piece Film Red and the release date. Is it true that the film is about the life of Akagami the redhead? Find the answer later in August 2022.